The latest technology taking casino games to the next level

The transition from land-based card rooms to digital casinos during the last two decades has been driven by advances in new technology. While gamers once had to rely on dial-up connections and large personal computers, they can now tap into a myriad of casino games on pocketable smartphones via ultrafast 5G mobile. 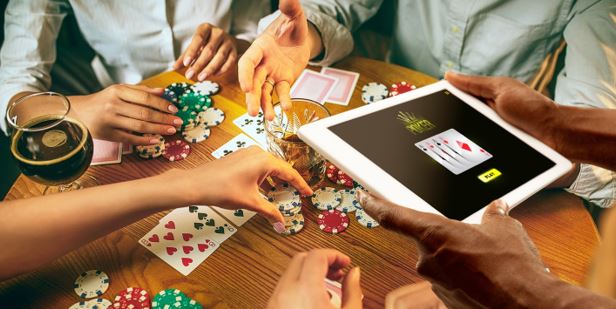 These advances are beneficial for both software developers and gamers. The former have more resources and software that enable them to deliver slots with high-end graphics and fast loading times, while the latter can now access free games at online casinos at home, while at work, or on the go.

The march of new tech never stops either, so players can look forward to further improvements and step changes in technology that will revolutionize how they play casino games again. Here are some that are taking root right now.

There was once a time when gamers had to download and install every title they wanted to play, but the rise of cloud gaming has increased the accessibility and ease of starting up a poker and slots session. This is because casino games are hosted on fast and reliable servers, providing players with on-demand, immediate experiences via apps and other online platforms.

The cloud will also allow casino sites to increase the scale of their operations in the future. They will be able to host more feature-rich games, and players, through fast fiber and 5G connections, will be able to jump into a catalogue of games with just a few clicks. The cloud is one of the most exciting developments for gaming.

Software developers are also using cutting-edge tools and software to deliver card games that are fully optimized for mobile devices. This means that players can expect to access the very same high-quality experiences on a smartphone that they would usually enjoy on a laptop or PC.

Mobile apps have become hugely popular since the launch of the iPhone and Android devices with their respective app stores. With up to 4 billion smartphones being used globally, gamers can expect more improvements in the mobile experience during the next decade.

Security is another concept that has been transformed by technology. With real money being used in player accounts, there is a risk of fraud and cybersecurity hacks. The emergence of facial recognition and fingerprint recognition to install apps and open them up on smartphones is a welcome one for this reason.

Online platforms are also taking security very seriously and deploying new tech to improve their service. SSL encryption, for example, is widely used to prevent third parties from accessing a user’s sensitive information, as is two-factor authentication to prevent malicious third parties from taking over accounts.

Another exciting tech development is artificial intelligence, a machine-based learning that is empowering online casinos to deliver better experiences. AI can be used for virtual bots that react in a similar way to how humans would during an online game. This offers vast potential for live dealer games and replicating the feeling of a real casino.

It can also be used to analyze a player’s data with the view to providing personalized ads and recommendations. This means that when logging on to an online casino, players are presented with a range of games that are suited to their requirements, rather than them having to browse through a vast list.

The improvements in gaming graphics have been considerable during the last decade, and this is something that has taken the immersion of video slots to the next level. Slots were once made of three reels and basic animations, for example, but there are now games with unique cascading reels and sophisticated design that offer thousands of potential winning combinations.

Advances in game design and animation, supported by the ever-growing power of PC and mobile chip sets, have enabled developers to create ultra-realistic graphics and impressive sound design, and bring greater depth to casino games.

Another small but important part of the casino experience is the deposit and payout method. New ways of making payments have made it easier than ever before for players to sign up and play their favorite casino games. The arrival of blockchain, a digital record of financial transactions, could facilitate even faster and transparent payments.

All of these advances add up to create an online experience that is vastly different from the late 90s when digital casinos first came onto the scene, and players can be sure that new tech will continue to take games to the next level in the years to come.