The 21st Century’s Take on The Classic Board Game 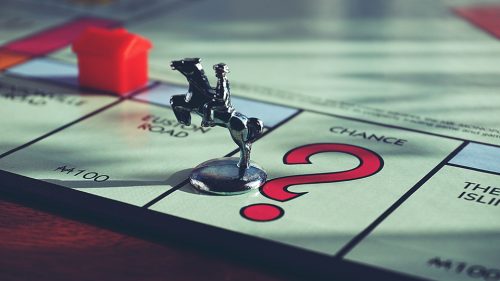 Believe it or not, technology has had much to do with the growth of board games. With tech ever-evolving, so too have board games, and they continue to multiply in titles yearly. The ability to fund self-supporting game ideas, such as Monopoly Casino Slot, to the inclusion of apps, and virtual interactions on gameplay, is all thanks to the internet and its advancements.

Advancements have also aided humans in moving from playing board games as a hobby to being able to design and manufacture them as a source of income. Therefore, the 21st century’s take on the classic board game is abundant. There are scores of thousands of board games available out there. So many that it would take several lifetimes to complete all of them.

That and tons of money because they do not come cheap. The key to experiencing as many of them as possible is choosing the winning titles. To do that, you need a review like the one you’re reading to break it down to just the ones worth spending on. The following list investigates some of the board games you might want to keep in your house.

Top 3 of the 21st Century Classic Board Games

This top three list includes games that were released before the year 2000. The reason for choosing the following games is because of their cultural impact on society, their traction, innovation, and the pure fun element they all embody. The list also includes games from different genres and categories.

Whether you’ve played it before or not, the game has an iconic look to it. It’s one of the most ancient board games to date. Incorporated into a case, the game comprises 24 triangles with alternating colours and a dice bar down the middle of the board. The game is played by two players and requires a strategy, which is why it’s now, thanks to gaming evolution, a popular casino game.

Scrabble is a cherished word game. It comes with a set number of wooden letter tiles, each with its own point value. The game’s objective is to create words with as many rich words as possible to accumulate points. Most players keep a pen and paper close to keep track of their scores.

The history of Monopoly dates all the way back to 1935. Since then, it has influenced many real estate titans. The game involves risk and luck, as players trade properties and try not to go to jail. With enough funds, you’re allowed to buy yourself property. If any of the other players land on your holding/s, you’re allowed to charge them rent. The aim is to get your opponent’s bankrupt, which can take some time. A very modern spinoff is that Monopoly can now be played as an online casino slot.

When you search for 21st-century board games, the titles that come up are mostly unrecognisable. The more surprising fact is that there are tens of thousands of them in circulation, especially online. Game developers have taken the idea of board games and transformed the genre into many other sub-genres, from fantasy all the way to practical themes and even to slots.