The 6 American coins that are most searched by coin collectors 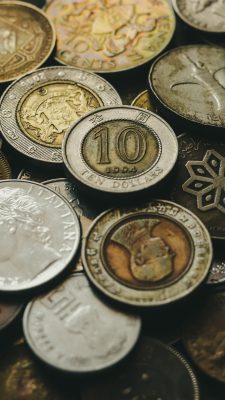 Some ancient and rare coins may add extra value to coin collectors’ collections. The valuable coins may come from a brave soldier that carried them with himself during a world war or it can be a Morgan silver dollar, which was the pioneer currency in the wild west. Coin collectivists are the finders of these rare and valuable coins.

All the coin collectors select the rare coins based on the following things:

Initially, a collection might face some issues in having any worth and valuable coins but as time passes collectors are able to find additions to help their collections more valuable. Buying these valuable and rare coins from online platforms is not wrong but try and ensure to buy the same from a reputable agency or company to make sure about the authenticity of the coin.

Basically, in the year 1909, the coins in the United States of America were changed from the designs of the Indian head to the design of Abraham Lincoln on the day of the 100th anniversary. Moreover, along with this latest and new design, the 3 initials of Victor David Brenner were also placed on the reverse bottom of the coin. This design was pitched and came into existence with the help of a mint facility, which produced a lot of pennies for the people there.

Here are some of the major as well as the rare list of coins worth money. Have a look at the list and see which all rare coins you already have in your collection and which all still are to be added to your collection.

Here is the list of the rare and ancient coins that are worth spending money on them:

The peace silver dollar of the year 1921 was being designed by Anthony DeFrancisci back in the year 1921. Along with this, there was one more silver coin, which is also known as the Morgan silver coin that was designed and made by the United States mint.

This Lincoln Cent of the year 1914 is considered to be one of the most desirable coins because it is a recirculated specimen that was not saved in the same quantities as it was, actually. Therefore, it is one of the most scare coins in the country. This Lincoln Cent of the year 1914 maintained its value over time, especially for all the intermediate as well as all the expert collectors of the coins who were seeking a quality of the recirculated coin.

The Doubled Die Lincoln Cent of the year 1955 is one more coin that is very famous as well as very popular among Lincoln penny collectors or coin collectors. However, it has been heard that this particular coin is considered to be an error coin. This Doubled Die Lincoln Cent of the year 1955 is also produced or developed by the United States mint only. Basically, the issue with this coin was that the die was mistakenly giving 2 different impressions over each other, and the real problem started when the producer came to know that almost 25000 coins were being mixed with the other properly printed and non-error coins in the market. This issue was then published in the newspapers also and then everybody tried to pull out these coins from circulation as soon as possible.

The Mercury Dime of the year 1916 coin was a part of the American Renaissance of American Coinage. However, it has been said that the real name of the coins is very famously known as Winged Liberty Head Dime. Basically, in this coin, there is a picture, or we can say that a design is there of the lady with wings on her head and most of the public mistook the lady with the Roman god Mercury. The Mercury Dime coin in 1916 soon after its production became so famous among all the people and became scarce. Basically, the people were attracted to this coin because of its design of the lady with wings on her head as a goddess.