The 7 Most Important Manufacturing Trends for 2021 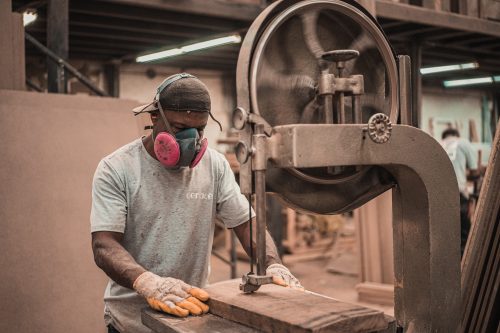 Industry 4.0 changed the manufacturing sector in various ways, but those who are leading the way are already looking ahead at the next changes. We’ve already seen improvements to operational visibility, cost reductions, faster and more efficient production times, and a dramatic improvement in customer and supplier communication. What will Industry 5.0 bring with it? Manufacturers hoping to stay ahead of customer demand and take advantage of new technologies need to know the trends that are expected to make the most impact in 2021. Here are the most important and valuable manufacturing trends that you need to be watching and implementing if you want to continue to see growth during the next big manufacturing shift.

While the manufacturing sector has been prioritizing employee safety since the early days of unions, 2020 saw a dramatic change in what that means. Now, the focus is just as much on basic safety precautions in the light of Covid-19 as it is on slips, falls, and machinery accidents. How this is going to affect manufacturers will be seen in two ways. In-house, the focus will be on sanitization and factory access, with social distancing looking likely to be something that remains even after vaccines have been rolled out. It will also impact the supply chain, as savvy manufacturing firms prioritize traceability. Supply chain visibility is going to need to be constant throughout the manufacturing process.

Already, 3D printing is being used by manufacturers in a wide range of ways. That adoption will only grow, and manufacturers will become increasingly reliant on 3D printed products, processes, and supplies. Being able to produce products and their components as needed means that productivity can be maximized, and with established materials suppliers like Polymer Chemistry Innovations, products can be built precisely as the designers hoped for. With customized printing materials and faster, more powerful 3D printers becoming more accessible for manufacturers, 3D printing is set not just to become a mainstay of the manufacturing sector but part of its foundation.

It almost feels stale to suggest that the Internet of Things (IoT) will be a big trend for manufacturers in 2021 because it’s been promised for what seems like forever. However, 2021 looks like being the year that we see a lot more adoption of connective technology. That’s largely going to be driven by the planned increase in 5G rollout, which will dramatically improve IoT connected devices’ speed and reliability. The reason why manufacturers have been watching (and waiting) for more IoT access is because of its potential to inform more strategic decision making through the use of real-time data. With cost reductions and improved efficiency, combined with more product innovations, as a result, 2021 will be the year that the IoT comes to the foreground of the manufacturing sector.

Smart manufacturers have already shifted their focus from B2B to B2C, especially over the last year. 2021 looks likely to continue that trend, and for a good reason. There are several very important advantages to making the transition to B2C, with increased profits at the heart of those benefits. Instead of relying on wholesale profit margins, manufacturers can easily sell directly to consumers, meaning that they get each product’s full profits. Then there’s the fact that those manufacturers will no longer have to rely on a slow retail cycle and can gain much faster time to market. Add in the access that they get to consumer data and the fact that they gain control over price setting and brand control, and it’s clear that the move to B2C is highly advantageous.

Reshoring also referred to as domestic production, has become a common practice for manufacturing firms. Although that is a commonly cited reason for politicians to encourage the practice, it’s not just about job creation. The reason why reshoring is so valuable to manufacturers is that offshoring has proven almost too successful. Those countries where part of the manufacturing process has been outsourced to have become successful, which has led to wage increases in those countries. That means costs go up for manufacturers. There’s also the fact that transportation costs keep on getting higher, which cuts deeply into those all-important profit margins. When many counties lack the infrastructure needed to maintain the often-complex operations used in the manufacturing sector, it simply makes sense that more production is brought back to the source.

The gig economy isn’t a prediction for the future. It’s already here, and the manufacturing sector needs to adapt. Rather than permanent, full-time teams, the gig economy means those workers sign up for a single project. Once that project is complete, they move onto the next employer. As millennials become the largest segment of the working demographic, they have shown a willingness to embrace the gig economy that has taken many industries by surprise. Hiring independent contractors will become an increasingly common practice, and with an ever-changing workforce, manufacturers need to shift their focus. The manufacturing sector is already struggling to find full-time employees, which is why they need to be closely watching this new way of getting the workers they need.

While 3D printing has been mentioned, some additional technologies have already impacted manufacturing but are expected to become a lot more common in 2021. Big data should already be being used by manufacturers, and with a growing range of accessible tools and resources, accessing, collecting, and turning that data into actionable changes has never been easier. It’s not just big data either. Augmented Reality and Virtual Reality are transforming the role of design teams and are now being seen more often in customer communications. As these tech developments continue to become more advanced, their value to manufacturers is only set to grow.

2021 promises to be as disruptive as 2020. However, by keeping an eye on the trends that are expected to impact their sector, manufacturers will be far better placed to grow their brands and connect with more customers. Fail to integrate these trends into your business processes, and your firm will only start to fall behind your more aware competitors.