Even as the World continues to make headwinds in different strata of life, technology has come to dominate many aspects of it. Digital Technology begins leading certain ways of our life that we previously did not think was possible. The World was baffled in astonishment when WebAwards announced the deployment of the World’s very first AI to judge websites.

Called Paris of Troy, the artificial intelligence jury gets its name after a character that finds its place in Homer’s Iliad. In the book, Zeus organised the World’s first beauty contest and it was Paris, the Prince of Troy, who had to choose the winner.

From that mythical legend has now risen an AI that is adept at all human qualities to judge a website. While humans operate with several limitations including lethargy and fatigue, AI has none. Judging billions of websites at scale could have taken a human years but this powerful system leverages data and technical complexities to better judge a profile on a large pool of parameters.

The debate to deploy Paris has given fuel to another debate brewing across many corners of the World. Many have raised apprehensions about AIs being ill-equipped to judge the ‘beauty’ or aesthetic aspect of a website owing to its being subjective in nature. 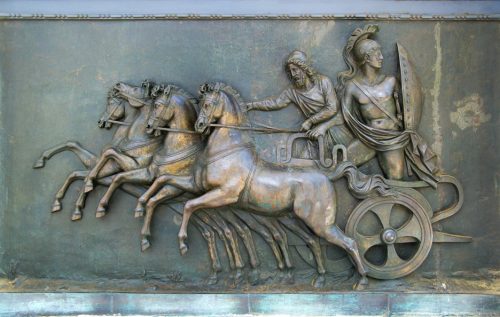 In response, the developers at WebAwards say that they quantified the idea of a good website across seven neat parameters. These seven variables range from content to security and encapsulate the basis for quantifying aesthetics of a website.

Art and technology have always had a bitter sweet relationship. While many say that art has to come from a place of consciousness, technology has time and again tinkered with the idea of data and beauty to create paintings and other forms of art.

While the consensus continues on how to build a good website, the idea of what constitutes a good website still continues to be vague. Although WebAwards has been leading this domain for a couple of decades now, critics still don’t agree on a single framework for evaluating web pages.

Amidst all this, Paris of Troy has emerged as a breath of fresh air, replicating the format of judging websites on a mass scale. Add to that, Web Awards says that the platform improves with every iteration. The company further adds that more data enables the AI to effectively evaluate a web page on a slew of variables.

Even as the debate rages on, many have also pointed out the futility of the comparison. Critics say that art created by machine adds to the already existing treasure trove of art and its different versions. In continuation with that, using machines to judge that art form allows us as a community to scale up the process and see the bare aspect of art across a new format.

While this debate continues, the human race continues to push newer boundaries in terms of weaving together a beautiful narrative intertwined with art and technology. The platform recognised elegant websites with clean logical structures that provide innovative solutions. WebAwards has been operational in the segment for close to two decades now and operates across 100 categories. The AI enables the service to expand and scale operations without compromising on quality. It has shown that Paris of Troy streamlines correlations and complexities, thus can easefully judge websites on the basis of those formats.

From using colors to draw inferences, to assigning weightage to constructs such as security, the AI takes time to polish its deductions which ultimately form the basis for its judgment. These parameters and Machine Learning algorithms have been developed over a period of three years and took programmers years to deploy for masses.

Even as the World comes to terms with these subtleties, the platform is indeed breaking new grounds, albeit with certain limitations. No AI platform is perfect and it takes years to streamline its operations to reach a certain level of threshold. But, since WebAwards has access to years of legacy data, the platform can easily jump over those hurdles. It, however, remains to be seen how Paris of Troy perfects its results over the years. It will also entail the platform to add new variables over time and also to make certain additions to accelerate the development of a healthier platform. Meanwhile, technology continues to break ground in newer avenues of human space and is making greater contributions to the World of ours, making it even better every step of the way.

Interesting Related Article: “How To Create Your Website in 5 Easy Steps“