The Basics of Asset Management in the Construction Industry

There are a variety of concepts that business owners need to have knowledge of and among the more crucial concepts that they need to grasp includes the management of both assets and liabilities. Although this would seem like that it is specifically for individuals associated with accounting processes and does not require project managers to heed, it would be folly not to. 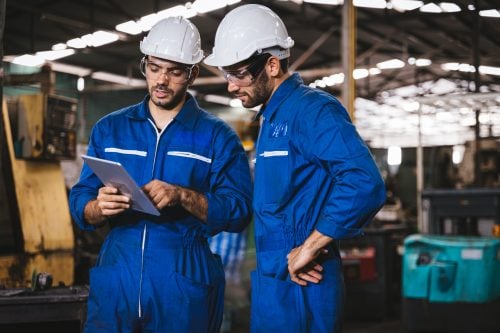 The concept of understanding assets and liabilities is critical towards the successful execution of construction projects and the long-term sustainability of a construction company. If a company has liabilities that overwhelm the assets of the company which includes the capital and cash flow, the company would be deemed as being in a negative state from financial perspective and regarded as being financially ‘unhealthy’. Therefore, managing assets is a crucial element towards managing a company, especially companies that depend on ‘fixed assets’ to generate revenue. From a construction outfit’s point of view, fixed assets include machinery and equipment such as standard excavators, mini excavators, backhoes, mini dumpers, drills and even tractors.

Based on the fact that return on assets are calculated by diving total income with total assets, which would present income generated by every dollar of asset that the company owns, it is only natural that a higher R.O.A (Return on Assets) would present a more edible image of the company for ‘would be’ potential investors. Here is where most management make the mistake of having the perception that owning assets excessively is a good thing when in fact it may not be so.

For example if a company chooses to buy an excavator for a specific project instead of using an excavator hire rental, the R.O.A would be reduced if the mini excavator is not used for an extended period of time after it is used for the project that it was specifically purchased for.

Although it is true that in the long run, the mini excavator would pay off for itself, the fact remains that during the period that the mini excavator is left unused, it is basically money being left without practical use (this money could be earning interest in the bank, but it is instead left lying in a shed somewhere or a store waiting for it to be used in the next project that it is needed for). On the other hand if an excavator hire is used, the amount of money used is lesser and justifies the returns as the mini excavator would be deemed as a temporary liability that actually generates income.

Any expenses are in general considered as investments and therefore must be justified as what the expense generates as income. For the most part any investment would be assessed for its R.O.I (Returns on Investment) and as such becomes critical to the cash flow of the company. Investing too much on equipment such as mini excavators that would be better justified by renting mini excavators is not a viable option when the use for such machines are limited to a one or two projects. This concept applies to the entire structure of a construction company’s asset management initiative.