The Benefits Of Oxygen Therapy In Boosting Immunity 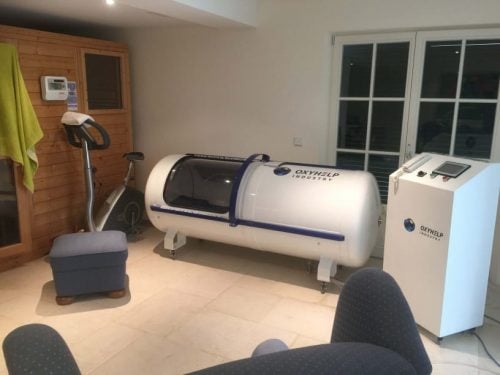 Anyone who wants to bring more well-being to their overall health can try the benefits of oxygen therapy. Hyperbaric chambers can help in many basic ailments, but are not only used in emergency treatments. In addition, oxygen therapy has many benefits in terms of boosting immunity, but also anti aging.

What is oxygen therapy?

In short, oxygen therapy can be described as inhaling oxygen in high purity at higher pressure than normal with the help of hyperbaric chambers. In this way,  your body can absorb up 95 pure oxygen that us conducted into the tissues and blood, compared to breathing 23% oxygen in the normal environment. The human body depends on oxygen for survival, and oxygen therapy is the most effective method to stimulate cell development and self-healing. Providing an additional amount of oxygen, concentrated and up to 95% pure, has countless benefits, including:

There are several ways to administer oxygen therapy, but the best known are:

All three variants will provide oxygen in a concentrated, therapeutic form, directly to organs, tissues and cells. Regardless of the method, a hyperbaric chamber is needed, in which the internal pressure is increased by 1.5 – 2 times compared to the normal sea level pressure, so that the lungs are helped to open and receive more oxygen.

What is the immune system?

All biological processes that have the function of protecting the body against infections and diseases are generically called the immune system. Its role is to fight many pathogens, including viruses or cancer cells. By taking special measures, called immune responses, the body can reduce the danger or even completely neutralize it. There are two ways in which the body can respond to pathogen attacks:

What is the microbiome?

More than 2.500 years ago, Hippocrates, the father of medicine, said, “All disease begins in the gut.” The human body is a complex creation, which works on the basis of the relationship between human and microbial cells.

Just as all processes related to immunity represent the immune system, the microbiome includes all the microorganisms (bacteria, viruses, fungi, archaea) that are found in the body. The number of these microorganisms hosted by the human body is approximately equal to the number of human cells. Research into the microbiome and its role in the human body is ongoing, but it is known and accepted that it plays a critical role in vital homeostatic mechanisms. Any treatment or therapy that helps maintain and develop the microbiome promotes better overall health.

Studies have shown that just 10 sessions of hyperbaric oxygen therapy increased the oxygenation of the intestinal tissues by 5 times. In addition, the microbiome has changed its composition, providing additional protection against potential pathogens. Due to the increase in the amount of pure oxygen in the intestinal tissues, the main effects noted are faster healing, increased immunity and prevention of colonization with harmful bacteria.

The anti-inflammatory effect of oxygen therapy

Hyperbaric oxygen has the property of positively modulating the immune system. This was best studied in autoimmune diseases, when oxygen therapy modeled T cells, resulting in a better clinical outcome. There are over 100 known autoimmune diseases in which the immune system attacks the body instead of protecting it. It is not clear why the body has this reaction, but it can affect almost any organ in the body. Symptoms range from goat pain, skin rashes or cellular inflammation.

Oxygen therapy has the property of stopping inflammatory genes, in turn supporting the emptying genes and growth. This mechanism is important for the development of a healthy immune system, which can protect the body in the long run. The effectiveness of oxygen therapy is greater than that of steroids in terms of its anti-inflammatory effect. Inhalation of high purity oxygen may have the effect of decreasing the number of c-reactive proteins and the level of cytokines. Both are markers used to measure chronic inflammation.

The intake of pure oxygen in the body has a beneficial effect on brain function and energy levels. The human body needs stem cells to regenerate and oxygen therapy has resulted in an 800% increase in these cells. These are just some of the benefits that oxygen therapy can bring in terms of relieving symptoms or even stopping the development of autoimmune diseases.

This is a serious condition, characterized by extreme fatigue, which lasts for at least 6 months. Symptoms cannot be explained by tests or a specific medical diagnosis. Fatigue can worsen during physical or mental activity, but does not diminish with rest or sleep.

Chronic fatigue syndrome is often associated with autoimmune diseases. Thus, it has been discovered that oxygen therapy has a beneficial effect on mitochondria. These are the cells in the human body that are responsible for creating energy. When mitochondria benefit from an increased supply of oxygen in high purity, energy production increases also and, the symptoms of chronic fatigue are reduced. With the increase of energy, the body will be able to prioritize the functions it performs and will immediately begin the detoxification program.

Oxygen therapy is beneficial for people suffering from hypoxia, respectively receiving an insufficient amount of oxygen for the brain or other organs. Hypoxia affects the proper functioning of the body and in severe cases, when the cells no longer receive oxygen at all, they can die. When the oxygen supply is restored, it will be transported by the blood plasma to the cells, and they will resume their function and can even heal.

Oxygen therapy has been shown to be an effective treatment for asthma, panic attacks and other hypoxia-related conditions. Depression and irritability can be reduced by increasing oxygen in the blood, while the power of concentration will increase. In addition, it improves sleep by eliminating problems related to insomnia, narcolepsy or sleep apnea. In this way, the level of stress is reduced, so that the whole body will benefit from a better general condition.

The lack of red blood cells in the body is called anemia, and one of the negative effects is the transport of an insufficient amount of oxygen to the body’s cells. The most common symptoms of anemia are: tiredness, pallor and general weakness.

Learn more about the benefits of oxygen therapy at www.oxyhelp.com.