The Combo of Technical, Fundamental and Fibonacci Trading

The dispute between devotees of the technical and fundamental investing methods is almost as old as trading itself. The former look to price and volume transactions, hoping they indicate the future swings of the market. The latter attempt to put a finger on a security’s value by inspecting a company’s financial data, such as price-to-earnings (P/E) or price-to-sales (P/S) ratios. However, the shrewdest investors view technical and fundamental analyses as complementary investment practices. Some traders take this concept further and employ the Fibonacci trading technique to determine when to enter the market and where to place their stop losses. 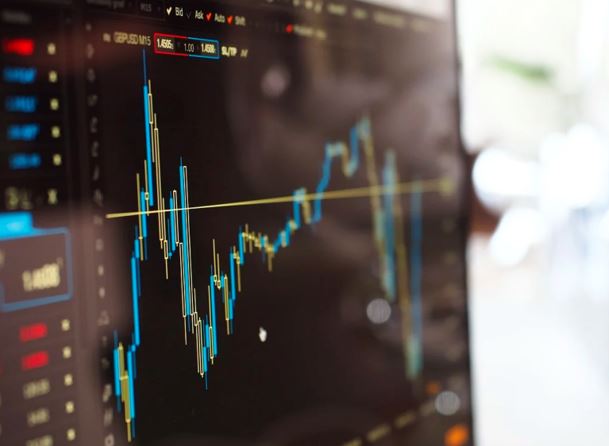 In this article, we’ll take a look at all three investment practices by examining Apple stock.

Apple is a world-famous technology company, started by Steve Jobs, the American tech entrepreneur, and Steve Wozniak, an inventor and computer programmer, in 1976. Over the years, this garage start-up has blossomed into a corporation that develops, designs, and distributes software and hardware. MacOS is the hallmark of Apple products, ranging from its cutting-edge Macs to sleek iPhones.

The brand’s portfolio is comprised of computers, digital music players, smartphones, tablets, smartwatches, video devices, and much more. According to Forbes, Apple is the world’s largest tech company, followed by Microsoft and Google. Apple’s shares are traded on the NASDAQ stock exchange. The company is featured in the top three market indices: NASDAQ-100, the Dow Jones Industrial Average (DJIA), and S&P 500.

Let’s start our fundamental investing analysis by evaluating Apple’s financial performance during the last five financial quarters, from June 25, 2016, up until July 1, 2017.

Apple Inc.’s revenue grew by 7.2% in the 3rd quarter of 2017 from the same quarter of the previous year. In the same time period, the company’s net income increased by 11.81%. On the other hand, their operating margin slumped to 23.71%. Yet, Apple Inc.’s net profit margin still ranks first in the Computer Hardware industry and is equal to 19.2%.

The AAPL Price Earnings ratio (P/E) has been steadily increasing since the beginning of the 3rd quarter and is currently at 18.18, a figure well above the Computer Hardware average P/E ratio, currently equal to 16.82. The company’s Price to Sales ratio grew on a twelve-month basis, increasing from 2.40 in June 2016 to 3.87July 2017. During the last five quarters, Apple Inc.’s Price to Cash Flow ratio has been holding at 2,506.75, due to an increase in Cash Flow in the 3rd quarter.

We should also consider the company’s Price to Book ratio (P/B) to determine if the AAPL stock is valued accurately. Just like the previous measures, the P/B ratio has seen a solid increase from 4.18 in the 3rd quarter of 2016 to 6.32 in this year’s 3rd quarter.

Marty Schwarz, one of the world’s most successful technical traders and a TA pioneer, once famously declared: “I used fundamentals for nine years and got rich as a technician.” If you are thinking of switching to technical trading, too, take a closer look at the market data: the stock’s moving averages, its relative strength index, trend lines, and the company’s market capitalisation.

RSI is one of the most widely used momentum oscillators, it aims to measure the velocity and magnitude of stock price changes. In effect, it is a ratio of positive price changes to negative price changes. APPL stock’s 14-day RSI as of August 23, 2017, was 60. This means the company’s stock is in neutral territory. A level below 30 implies oversold conditions, while that of 70+ indicates overbought conditions.

Fibonacci trading is a truly timeless investment technique. In fact, it is rooted in an influential treatise Liber Abaci, written by Italian mathematician Leonardo Fibonacci in the 12th century. The book explores the so-called Fibonacci sequence, summarised in the following formula: Fn = Fn-1 + Fn-2.

Now, how does this formula relate to trading? As you know, traders and investors often struggle to locate entry and stop levels in multiple timeframes. This is where the most basic grasp of the Fibonacci sequence comes in handy. Indeed, the Fibonacci analysis may help technical traders identify not only support or resistance levels but also price targets. The top three Fibonacci levels 161.8%, 61.8%, and 38.2% are definitely worth engraving into your memory.

Since these levels are, in effect, geometric numbers, the retracements and extensions appeal to the eye. In addition, they offer objective price reference points to technical analysts.

Traders and investors in all markets can benefit from combining a variety of analysis techniques: technical, fundamental, and Fibonacci trading. These analyses are exceptionally useful in determining both the financial prospects of the companies and the trader’s personal entry and stop levels in multiple time frames, across all market conditions.

[1] NB: This article explores the Apple stock for educational purposes only.