The Difference Between EQ and IQ

Emotional and intellectual quotients are frequently confused terms, though, in fact, they are two totally different notions each of which has its own object of evaluation. IQ is a means to assess an individual’s ability to learn, understand, and make judgments or have reasonable opinions. While EQ can be defined as a capacity to distinguish and to cope with your own and others emotions. You can easily and successfully manage different kinds of situations being well-developed in both fields. 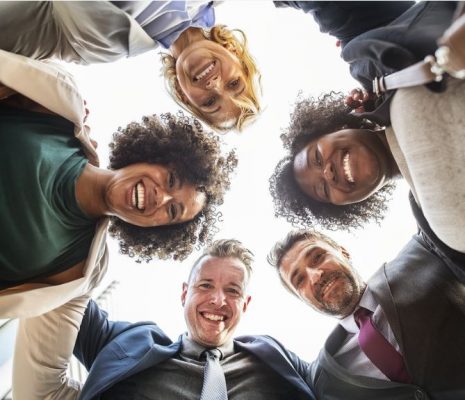 What Intelligence Quotient is

IQ is a coefficient that defines a person’s intelligence level. It is calculated by the mental age to the actual age ratio multiplied by 100. Another way to determine IQ is to compare a standardized intelligence test result to the average results in his/her age group.

IQ is also defined as a competence in a specified topic. The use of the second meaning you can see in the next example: “Nobody dares to doubt this player’s football IQ”.

Those whose performance at the test was evaluated below seventy are normally regarded as people of extremely low intellectual ability. Those whose results were higher than 145 are seen as owners of especially high intellectual potential or geniuses. For the majority of the population, the average score is from 85 to 115. However, technically there is a possibility to get 180 or even above. If you want to check your IQ score now you can check this website: iq-global-test.com. An individual’s ability to percept and learn new information may eventually influence and improve his or her IQ test results.

What Emotional Quotient is

EQ is a set of personal skills that deal with feeling, comprehending and efficient using of emotions to enhance cooperation and productivity. Emotional quotient and emotional intelligence are synonymous terms, so both of them are equally often used in academic sources.

It is established that great leaders and high-ranking officials have advanced level of emotional intelligence. Developed EQ helps people to successfully interact with a large diversity of people, be more flexible and easily adjust to the changing business environment. Moreover, intelligence plays a secondary role in predicting of a hypothetical level of a person’s performance at work. The key role is assigned to emotional intelligence.

An EQ test is used to measure an individual’s emotional intelligence level which consists of 5 blocks. It is a set of questions by answering which a person gets a score for each of five blocks and a total score. Like IQ, it is also possible to improve your EQ level. Once people know what block or blocks are regarded as less developed and need more attention, they can focus on them and better their EQ over time.

What Emotional Quotient consists of

There are 5 components that EQ is considered to be composed of. According to their orientation they may be divided into two groups. The internal one, which is about an individual’s perception of himself, and the external one, which is about an individual’s reception of surrounding people and the way he or she interacts with them.

Advanced level of each skill may help a person to excel in career and successfully solve various life issues.

There are three internal characteristics based on self-perception of a person.

The first one can be regarded as a capacity to distinguish and differentiate your emotional states and feelings, as well as how they can influence people around you. In other words, it is self-consciousness.

The second is the ability to manage and cope with your destructive inner drives and moods, the level of your self-acceptance, understanding of consequences of your own words and actions, as well as a capacity to adjust your demeanor appropriately. It is called self-control.

The third and the last internal characteristic is motivation. How enthusiastic you are in your desire to achieve established goals and how persistent you are in pursuing them. Such external factors as a society, material reward, or intellectual superiority have nothing to do with this phenomenon, the source of which is solely an inner craving of a person.

The two external characteristics of EQ are based on the interaction between you and other people.

The first one is how well you can sense the emotional atmosphere of the surrounding people and act appropriately. It is known as social-consciousness.

The other one is your capacity to adequately create a net of relationships and productively manage it understanding the impact you have on people around you. To put it another way, it is a skill of social-control.

Even the most careful observation of an individual’s typical behavior may lead to wrong conclusions. The best way to measure the emotional quotient is by means of performing a test. The highest score a person can get is 100. The rating scale is from 0 to 100.

Based on the level of an individual’s EQ, knowing his or her typical patterns of behavior and motives, it is easier to understand who the person actually is, what to expect and make relatively precise predictions about his or her behavior in different types of situations.

One of the most famous researchers of emotional intelligence is Daniel Goleman. His studies and publications in the field of behavioral psychology and brain science have gained worldwide recognition. One of his best-known works is Emotional Intelligence and Social Intelligence: The New Science of Human Relationships. Goleman claims that career success depends mostly on emotional development (and not intellectual).

Another influential researcher on this topic is Dr. Izzy Justice. He is a recognized specialist in productive networking and a leadership thinking consultant. Dr. Justice tends to think that our mental faculties undergo exhaustion, dealing with a variety of tasks during the day, which leads to emotional fatigue. In his blog, he offers recommendations about how to cope with it.

To sum it up

Fortunately, intellectual and emotional quotient are not permanent or unchangeable. You are not doomed to have a constant level of neither of them throughout your whole life. Having a real desire to grow personally and working on your weak sides you may improve your IQ and EQ over time. Self-development in both fields is the key point to achieve social and career success.

People tend to care more about their IQ level and how they score at the IQ test, but often forget or even don’t know about the emotional side of personal growth. EQ is a complex of social intuition, which is acquired with life experience, knowledge, and understanding of your responsibility for what you say and how you act. The full potential of an individual can be revealed only through the synchronous development of the emotional and intellectual sides of a personality.

Interesting Related Article: “What is Know-How?“