The Economic Impact of Cannabis Legalization in the US 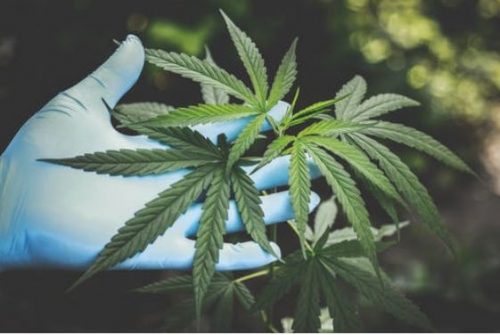 Cannabis legalization was a long time coming in the US. In fact, it is still only legal in certain states, but those states have shown what a lot of people suspected when trying to get cannabis legalized; they’ve boosted the economy.

This is not a fad either, it seems that the economic impacts will continue for many years and may even impact other states, and their decisions on whether to make marijuana a legal recreational substance.

In this guide, we’re delving into the economic impact of cannabis legalization.

The Economic Benefits of Legalizing Weed

What are some of the specific economic benefits of making marijuana legal in the US? What have we seen in the time that weed has been legal in certain states?

A whole new industry has sprung up in a number of areas. People who would have otherwise turned to illegal methods to get marijuana are now able to go to a licensed marijuana dispensary and buy a variety of different products made out of cannabis.

This means that instead of money filtering to illegal gangs and drug dealers, it is going to legitimate businesses, which means it is also being taxed properly. More on this later.

Naturally, this business has also created a lot of jobs in the industry. While not that much of the growing is done in the US, the stores need employees and this means plenty of people are now making a living out of marijuana in a totally legal way. That’s something people probably couldn’t have foreseen 20 years ago.

The government is saving a fortune chasing criminals involved in the illegal supply of marijuana. Federal marijuana costs when it comes to policing and tracking down marijuana suppliers and gangs costs billions of dollars a year. This is a cost that has certainly dropped as more states have taken the approach of legalizing cannabis.

Think about all the money that is spent pushing through a court case or convicting, or even imprisoning people. People are less likely to deal in illegal marijuana because of the legal supplies.

The restrictions continuing to drop will mean fewer police resources allocated to cannabis, and fewer people having to go into jail as a result. All of this saves money. The resources can be put to better use elsewhere, such as solving other crimes.

There are potential medical savings, too. Marijuana products can be an effective treatment for mental health problems as well as being an anti-inflammatory. Further research is required, but it is fair to speculate that some expensive treatments may be replaced with marijuana.

There are other knock-on financial impacts. For example, many people are using marijuana as an opportunity to invest. It’s very much a growth industry.

When we are discussing the impact on tax revenue, we’re talking about some pretty huge figures.

Many states have only legalized in recent years, so a lot of the figures coming out are quite new, but there is still a lot of good news when it comes to the extra income being generated.

In Colorado and Washington state, there have been huge spikes in taxes coming from marijuana. Colorado made over $300m in a year as sales hit over $1.7billion. In the whole of America, the sales have exceeded $12 billion, but they’re predicted to go a lot higher than that in the future.

All of this tax money can be put to good use. For decades, people lobbying for the legalization of marijuana would use this as one of the benefits when building their argument for legalization, and it certainly seems like they had a point.

The marijuana industry is not just generating revenue by enabling an industry to grow and thrive, it is also creating a lot of knock-on effects such as more employment.

The tax revenue has also made a huge impact, and this money can be put towards treating disease and illness or even treating addiction to other substances that cause far worse effects than marijuana in the long term.

It may not be a huge surprise, but legalizing marijuana has brought new income and new possibilities. How long until the rest of the US follows suit?