The ED Medication Industry and How it is Changing with Time 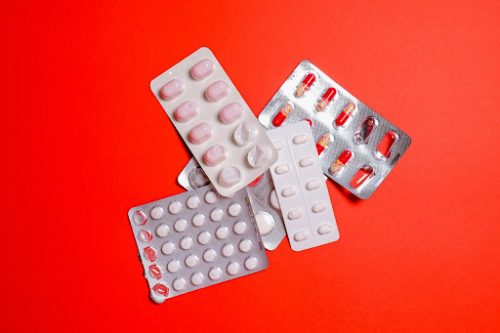 Erectile dysfunction has been a problem since the beginning of time. What was once thought to be the cause of having sex with “undesirable women” in 800 BC, erectile dysfunction is now recognized as a symptom of early-stage heart disease, poor mental health, and lifestyle choices.

Let’s take a look at the conditions’ infamous beginnings and how doctors have been able to treat erectile dysfunction throughout the centuries, starting in the 17th century with saline injections.

Before online retailers started offering the best Tadalafil prices on the Internet, Regnier de Graff developed his own solution in 1668. By injecting saline into the penile blood vessels, he found he could induce an erection. It’s one of the first documented “cures” for impotence.

Saline’s Use in Peyronie’s Disease

Francois de la Peyronie, the original namesake for Peyronie’s disease, used saline to treat his condition in 1743. In 1869, French neurologist Charles Edouard Brown-Sequard was the first doctor to consider the link between hormone production, ED, and the aging process.

ED and the Hormonal Connection

Brown-Sequard performed animal experiments before injecting animal testicular extract directly into his own bloodstream. Although he reported positive effects, modern science concludes it was a placebo effect as the low amount of androgen he injected wouldn’t affect the body.

Still, Brown-Sequard’s findings introduced androgen therapy into medicine and sparked an ED revolution. Several doctors experimented with transplanting goat and monkey testicles into patients, but these experiments were dead ends until the invention of the penile implant.

The first penile implants occurred in 1936 by Nicolai Bogoras, who used bone to restore penile rigidity. Although it worked, after several months, the bone was absorbed into the body, abolishing its effects. Current malleable implants are permanent and use silicone rods.

While penile implants have a 86% success rate and are conceded the best treatment for achieving an erection, they’re invasive, rife with complications, and could result in mechanical failure. They should be considered the last resort for treatment, despite their results.

The EricAid pump is the most commonly used vacuum device that works by exerting negative pressure on the penis, resulting in an increase in blood flow. A cock ring is placed around the base of the penis to prolong the erection. It can take 2-2.5 minutes to achieve an erection.

With a 74% success rate, several men have used these devices to keep an erection. However, several complications have lowered its popularity, like penile scarring and a 30-minute erection. Several men don’t use prescribed pumps, which increases side effects and severe phimosis.

Arterial revascularization surgery involves restoring arterial circulation in the penis. There are several procedures that accomplish this, with effectiveness ranging from 38-79%. Due to the wide success rate and the long list of complications, doctors rarely prescribe this surgery nowadays.

If oral drug therapy fails, a doctor will suggest alprostadil injections in the penis that relax the penile muscle and induce an erection. Pain is the most common side effect, but a reduction in dosage should fix this. Intracavernosal drug therapy works in 75-86% of patients.

Sildenafil (Viagra), the first oral ED therapy, was found at a Pfizer research facility in Kent. It was initially used as a potential treatment for angina and high blood pressure. Through clinical trials, they found that sildenafil induced erections. Viagra became FDA-approved in 1998.

Viagra completely changed the ED landscape forever. Now, oral therapies are seen as the first treatment for ED. With a 70-80% success rate, this non-invasive treatment comes with few side effects. Other brands followed: Cialis (2003), Levitra (2003), and Stendra (2012).

ED oral drugs can be found through your doctor or online with a prescription. Patients can find off-brand versions of Cialis (tadalafil), Levitra (vardenafil), and Stendra (avanafil) at pharmacies.