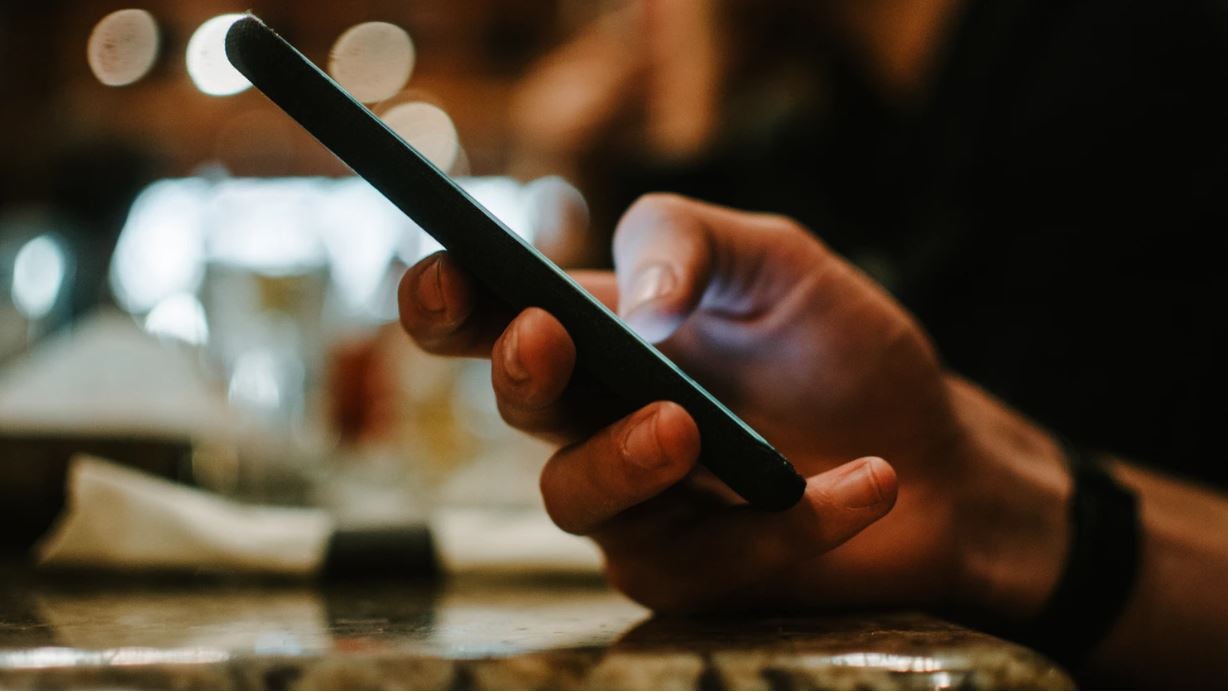 Before the 21st century and the rise of smartphones, most business owners were geographically limited by their business area. As a result, they had to rely on physical mail, landline phone calls, and the like.

With the rise of the internet, email, and ecommerce, marketing was revolutionized. And as a business owner, you wouldn’t think it can still get better. Fortunately, you’d be wrong because smartphones and text messages were lingering around the corner.

Despite smartphones and texting being relatively recent, they’re still very promising for ecommerce businesses. So let’s dive into some facts and statistics to see if ecommerce text message marketing is here to stay.

First of all, we’d like to look at the history of text messaging in the early 21st century to see why it wasn’t so popular before and why it gained traction quickly over the last decade.

The Invention of Text Messaging in the 1990s

Back in the 90s, mobile phones were still an icon of luxury that only the wealthiest could afford, although phones were large, chunky, required these extendable antennae, and could only call. But even then, they were so popular, and any 90s kid wished for one at the time.

But despite being pretty basic, companies were still looking to innovate and improve upon mobile phones. One of these companies is Vodafone UK, which hired Sema Group Telecoms in the early 90s to develop a Short Message Service Centre (SMSC) – a text messaging system.

One of the developers working in Sema Group Telecoms was Neil Papworth, an engineer from Reading, England. At the time, Papworth didn’t know it, but he had just made history on December 3rd, 1992, when he sent a “Merry Christmas” text to Vodafone UK Director, Richard Jarvis.

Funnily enough, Jarvis couldn’t even reply to the text as his chunky Orbitel 901 mobile phone didn’t have a keyboard.

Ironically, Papworth himself couldn’t afford a mobile phone until three years later, in 1995. Back then, he bought a mobile phone and traveled worldwide to install SMS systems around different corners in the world as far apart as Toronto, Canada, and Sydney, Australia.

Text Messaging in the 2000s

Most adults will remember when text messaging was considered a luxury because of how expensive it was at the time.

Besides, each message has a 160-word limit, but the more you wrote, the more it cost you, so you had to be concise, and that’s how we came up with shorthand acronyms like LOL and emoticons like :) that would later inspire the creation of emojis.

Anyway, even if you wanted to send a message, you had to write it on these tiny old numbered buttons and cycle through letters, and why would you do that when you probably had your computer with a convenient keyboard?

With all these factors we’ve mentioned, it’s no surprise that email was more popular than SMS at first, so business owners resorted to it when they wanted to communicate with their target audience.

The Introduction of Smartphones Around the 2010s

Around the turn of the decade, mobile phones were seeing changes at incredible speeds for the time. In about half a decade, we went from Motorola flip phones whose selling point was their compact size to touch screen phones with internet and huge mobile apps that gave phones more functionality than ever before.

And throughout the years, more built-in apps transformed the mobile phone into more than just a communication device.

You now had a small computer in your pocket through which you could surf the internet, send and receive texts, buy from online stores, track your orders, and more. And all of this was always in reach.

All things considered, businesses started experimenting with text message marketing alongside, or even instead of, email marketing.

Now that we know the history of text messages after the rise of smartphones in the digital era, let’s talk about the benefits of text message marketing and why you, as an ecommerce retailer, should jump on the train.

We expect this number to keep rising as it has been over the last decade. For reference, just five years ago, in 2016, 3.6 billion people had a smartphone. That’s a more than 150% growth in only five years.

And if you’re in the United States, you’re in an even better situation as America has one of the largest smartphone markets, with over 290 million users by the end of 2020. That’s over 85% of Americans.

Moreover, if your business caters to younger customers like millennials and Gen Z, then you’re in luck here. This is because 98% of Gen Z kids own a smartphone, 75% of millennials prefer texting to talking, and millennials check their phones upwards of 150 times a day.

All these numbers are a goldmine for marketing, and we expect them to increase as the years go by.

SMS Is The Most Popular Platform

Even though email dates back to the inception of the internet and is considerably older than text messaging, and despite the enormous popularity of social media apps and messaging, SMS is the most widely used feature among smartphone users.

SMS is also a universally agreed-upon option. Unlike social media, where you might find your audience scattered across several platforms like Facebook, Instagram, and Twitter, SMS is the same on every phone. It’s because SMS has no alternatives or competitors, comes pre-installed on all phone models, and requires no updates.

And when we mention accessibility, SMS also wins, as it’s always on your phone with you and doesn’t require an internet connection to use, unlike social media messaging or email.

Most people see that texting gives a more personal feeling than email, and it’s not hard to explain why. After all, a one-on-one conversation in your direct messages creates a closer, more personal connection than an email does, especially when many people associate the use of emails with their work lives or academics.

Emails typically start with a greeting and end with a signature or some other closing, which creates a sense of formality to your customers.

On the contrary, SMS is versatile, quick, and casual. Moreover, SMS allows you to send simple short messages like greetings, flash sales, promotions, fun facts, etc. All of these factors convey a friendly tone to your target audience.

This personal connection that SMS helps you establish can help you grow your relationship with your customers and, ultimately, benefit your brand.

Think of how many times you feel like checking your email in your free time. For most people, it won’t be a lot. And some people don’t even give their emails much thought in their leisure.

But texts are different as they’ve become an integral part of our modern lives. Most people check their texts many times a day for new messages and also read and respond.

One of the primary objectives of any marketing campaign is to engage the target audience to hook them on. And before your customers start engaging with your brand, they have to see and read your message first.

When it comes to open rates, SMS crushes the field with a whopping 98% open rate compared to 22% for emails.

And because SMS is so engaging, you can use this to learn more about your customers and create an active mutual conversation. Usually, with email, most customers tend to ignore the message. But SMS is different, and research suggests that 31% of customers respond to surveys sent via SMS.

The case isn’t only that more text messages are opened and responded to, but they’re opened faster, as well. The average text is opened within three minutes and responded to within 90 seconds! In contrast, these numbers are 6.4 hours and 90 minutes for email, respectively.

You can also use this engagement to ask customers for reviews, remind them about abandoned carts, and so on.

Because text messages are easy, familiar, and have a 160-word limit, it’s relatively easy to draft a quick, engaging message.

On the other hand, it’s a hassle writing a lengthy email that many of your customers will feel too overwhelmed to read, or won’t bother to open in the first place.

You can even automate text messages with a chatbot AI that learns your customers and their patterns to create a more individualized experience for them.

For instance, you can have the chatbot set up to send them relevant calls to action, update them on the status of their purchase, notify them about any promotions or errors, and so on.

One great benefit of SMS that people don’t talk about as much is data analytics. For example, you can collect survey responses and the data generated from SMS like customer behavior, response time, return on investment, open times, and the like.

By analyzing this collected data, you can create a better, more personalized experience for your customer. This is especially powerful with a smart chatbot AI.

Since text messages are more commonly opened and read by customers, you can use this opportunity to introduce them to your other social media platforms.

For example, send your customers a message linking to a recent interesting post on your social media, and if they’re invested in your brand, they’ll likely view it.

With all the benefits of SMS in mind, it’s no surprise to learn that it can increase your sales. This wonderful research has even proved it as they found that nearly 50 million customers opted in to receive SMS texts from brands in 2020.

And remember, most ecommerce retailers haven’t even jumped on the train yet! Considering how 61% of ecommerce retailers don’t use text message marketing, the field is widely untapped, and you’d be wise to get into it quickly before it becomes too saturated like emails and social media!

Ecommerce Text Message Marketing – Is It The Future?

Considering all the factors, we believe that text message marketing is here to stay, especially for ecommerce, which is being enabled and made more accessible as smartphones continue to evolve.

We also believe text message marketing beats its two most notable competitors – email and social media. Moreover, the right text messages can sync with your shipping software solution to valuable order confirmation emails to your customers after they make a purchase, including updates, shipping status and more, making them a very powerful customer service tool.

For email, its main flaws are the formal tone most commonly associated with it, its length, and the fact that most people don’t think about their emails much, don’t open most marketing emails, and the ones that do open it barely respond.

As for social media, the main disadvantage is its variety. There are several substantial social media platforms, so your customers will be scattered all around these platforms, unlike SMS messaging, which is the same on everyone’s mobile phone.

And since most ecommerce retailers still haven’t jumped on the text message marketing bandwagon, you may need to do it quickly before it gets too crowded.

You may be interested in: How You Can Improve Your SMS Marketing Campaign

About the Author: Michael Lazar is an Executive at ReadyCloud Suite. His company specializes in creating growth marketing software for ecommerce retailers with useful plugins that help automate tedious processes and save end users time and money. Currently, he’s busy fine-tuning a new Exigo returns software plugin to help direct sales teams automate returns on any of their orders to streamline operations.