The history of gambling in Sweden 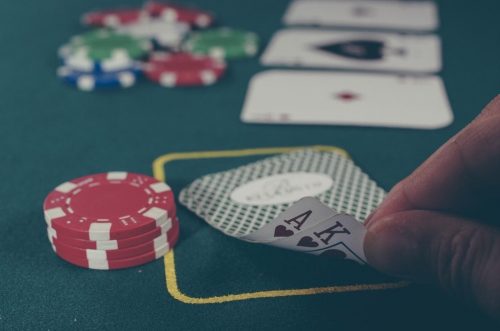 One of the most reliable and safe gambling markets in Europe is Sweden. There are only four legal casinos operating in the country, which are owned by state-owned companies, and strict laws also apply. You can learn about the history of the gambling business development in Sweden from the appearance of the first casino to the present day from our article and you can try one of them www.iphonecasinon.com/eu-casinos.

The first casinos and the regulation of their activities

The first mention of gambling in Sweden dates back to the year 200. This is evidenced by the ancient finds of historians. As for the opening of the first casino in the country, this event took place in the XVIII century. Ramlosa Brunn Casino offered several types of gambling games at once: roulette, basset and farah. These games were very popular among the Swedes. But in the 1800s, the church called gambling diabolical and the authorities officially banned gambling.

In 1897, the state legalized the lottery business and launched the Penninglotteriet lottery. Only 50 years later, the Swedish authorities legalized other forms of gambling, including slot machines, sweepstakes, etc. For a long time, supporters of the gambling business sought to open a casino and only in 1999 the parliament decided to open the first gambling establishment that meets international standards. This law is still in force today.

There are only four casinos operating in Sweden, which are owned by the state-owned company Cosmopol. The first casino opened in 2001 on the basis of the old station building, which was built in 1874. Casino Cosmopol Sundsvall has 15 gambling tables and 140 slot machines.

A few months after the opening of the first gambling establishment, the second casino, Casino Cosmopol Malmo, opens in the King’s Park. There are 26 tables and 260 slot machines in this institution. In August 2002, the state-owned company opened a third casino in the old customs building – Casino Cosmopol Goteborg. There are 343 slot machines and 26 tables in the gambling establishment, and there is also a “Poker Room” for 17 poker tables.

The opening of the fourth casino took place in 2003. The Casino Cosmopol Stockholm gambling establishment was opened in the building where a nightclub and a dance bar previously worked. The casino has 36 gaming tables and 399 slot machines. These institutions operate in four cities in Sweden – Sundsvall, Malmo, Gothenburg and Stockholm. It is worth noting that initially the government intended to open six casinos, but then decided to reduce their number to four.

Swedish law allows you to organize and conduct gambling on the Internet. At the same time, the laws of the country are the most secure and reliable among many European states. First of all, they meet the needs of business, society and the state.

For example, players from Sweden who prefer rizk casino bonus are protected as much as possible. Registration in the online casino takes place in several stages. The client must specify not only personal data, but also the bank account number and registration address. The gambling establishment will check the available limit of funds that the player can spend during the week, and only after this procedure will it allow him to take part in gambling or refuse to register.

The need to obtain several types of licenses complicates the work of operators, but they ensure efficiency and transparency in the conduct of gambling business. An important risk factor for companies is the high density of competition.

For a long time, the operator Svenska Spel owned the monopoly right to provide services in the licensed online gambling market in Sweden. Despite numerous attempts to make the market open and competitive, this became possible only after the government’s initiative to introduce legislative changes that came into force on January 1, 2019.

According to the new Swedish legislation, the gambling market was divided into three sectors: competitive (represented by the work of remote casinos and betting companies), for public purposes, and state. One of the innovations was the 18% tax on winnings.

The right to license operators was transferred to the country’s gambling regulator – Lotteriinspektionen, and the process of obtaining permits for operators to conduct activities started in the summer of 2018. The country’s authorities have been working on changes for more than a year and a half, and many of the previously existing rules have been tightened.

Features of gambling in Sweden

Since only four Swedish cities have casinos, online money games are popular. After all, in order to spin your backs without leaving home, you will only need access to the Internet and finances. This type of gambling is actively developing in the Scandinavian country. And foreign providers, knowing the income level of Swedes, strive to get as much profit as possible from gambling residents of Sweden. But advertising of gambling games in this country is allowed only by the state organization Svenska Spel, respectively, operators from other countries do not have the opportunity to compete with it.

Although this is contrary to the legislation of the European Union, which, as you know, includes Sweden. Foreign companies are ready to go through the legalization process and work legally on the Swedish market. Moreover, this market is democratic. The cost of the license is from 8 thousand to 70 thousand euros, and the profit tax is 18%.

There is an age limit in Swedish casinos. Persons under the age of 20 are not allowed to gamble. The opening hours of the casino are also controlled by Svenska Spel. On weekdays, gambling houses are open until three o’clock in the morning, and on weekends until five in the morning. The entrance ticket costs 30 kronor – this is the local currency, which is the main game currency. But you can also play for euros and dollars.

Interesting Related Article: “Influence of Technology on the Gambling Industry”