The history of social workers 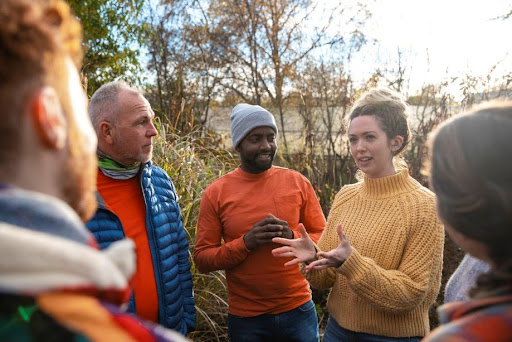 If you are interested in a career that allows you to solve social problems and make a real difference, then social work might be the right choice for you. A lot of privileges that we enjoy today are taken for granted. We can enjoy these benefits today because of the efforts of social workers of the past. These historical figures worked hard to stand up against injustices in society based on sexual orientation, race, faith and gender. There are many reasons to consider pursuing a degree in social work, such as carrying on the legacy of the famous social workers of the past. Here, we discuss the history of social work and how it has evolved over the years.

The origins of social work

Social work, as a profession, first started during the 19th century in the UK and the US. After feudalism, people living in poverty were often considered to be a threat. The Poor Law was created at the time and an organized system was introduced to provide care. During the Industrial Revolution, there were a lot of scientific and technological advancements. People from all over the world migrated to the Western world. This led to an increase in population in these areas, leading to social problems. Rescue societies were established at the time to help resolve social problems such as mental illness, disease, poverty and prostitution.

Jane Addams was one of the most influential figures in the field of social work. She founded the Settlement House Movement, which established settlement houses in poor areas. This new system helped alleviate poverty in low-income neighborhoods. Social workers who were part of the movement in the 1800s focused their efforts on research, residence and reform to provide health, legal and educational services to the poor.

History of social work in the 20th century

Social reform movements continued to evolve in the 20th century. It wasn’t, however, considered to be a valid profession. Abraham Flexner argued in 1915 that social work did not involve the application of theoretical knowledge systematically, so it could not be a profession. This resulted in efforts for professionalization by focusing on the scientific method, casework, and other measures. In 1918, the American Association of Hospital Social Workers was created to provide formal education for those interested in social work.

By 1929, there were 10 universities offering education in the field of social work. The number of social workers continued to rise at the close of World War II to serve military veterans. The National Association of Social Workers was established in 1955 to support social workers and to promote educational opportunities and professional development. Since then, social workers have continued to work hard to achieve social justice through organizations around the world. Those interested in pursuing a degree in social work today can find work opportunities in many fields. There are many advanced social work programs available today, such as the ones offered by Florida State University. Famous social workers from our history have paved the way for those interested in pursuing this fulfilling profession today.

Famous figures in the history of social work

There have been numerous social workers who have contributed to the development of our society. The efforts of each of these individuals have contributed to the success. There have been, however, certain important figures who have single-handedly managed to bring awareness to important problems through their tireless work. These notable figures are revered because of their invaluable efforts and because they managed to inspire movements that were active long after them. Below are five of the most important social workers who everyone should know about.

Jane Addams is the founder of social work and is an important part of the social work movement. She tirelessly worked for the betterment of child laborers, immigrants, women, the poor, and the uneducated in her community. She was the first influential figure to legitimize social work, and this has earned her an important spot in social work history. She is most well-known for founding Hull House in Chicago in 1889, the first-ever settlement house. This settlement home was established to offer a wide range of services to the poor in the community. During her career, she also worked to create several initiatives that would promote equality for the underprivileged, such as the Federal Child Labor Law in 1916. She collaborated with lobbyists, marched, and spoke publicly. Her work also provided invaluable support for movements such as urban sanitation reform, the anti-war movement, and the women’s suffrage movement.

Alfred Neumann is known for establishing the organization the Jewish Family and Children’s Service of Colorado, which provided services to the persecuted Jews after the Holocaust. Neumann was born in Austria and was part of a group that housed and protected Jewish families in Vienna. After he moved to the US, he received formal education in social work. He began working with organizations providing services to Jewish families before establishing his own organization where he worked until 1976. He continued to work even after his retirement, training volunteers and staff members at the Head Start and Office of Economic Opportunity programs. His contributions have helped countless families and children and have had a profound impact on society.

Frances Feldman worked tirelessly to study the human experience in occupations and suggested changes based on her research. During the 1970s, she conducted a study that allowed her to show the existence of discrimination against cancer survivors. The findings of her study showcased that cancer survivors were subjected to poor working environments at workplaces. Her work led to important policy change that is relevant even today. The legislation in many states was changed to provide fair working conditions for cancer survivors. Feldman also worked in employee assistance programs, faculty counseling, family service and public welfare. She published many studies and reports on the psychological and social significance of money. Her work also involved providing special training for social workers and educators. Her reports on important societal issues such as the Watts riots, wealth distribution, and workplace equality were very important. Her biggest accomplishment was creating credit counseling, which currently has more than 300 branches throughout the US.

Ida B. Wells was born as a slave in 1862, one year before emancipation. She became the voice of the newly freed African Americans in the South who continued to face personal injustices even after emancipation. Wells had led a difficult life when she lost her sibling and parents to yellow fever when she was in school. She dropped out of school to work and provide for her family. She had experienced a lot of injustices because of racial discrimination. This inspired her to become active in working toward solving racial issues in the South. She was the first person to document lynching. Her anti-lynching campaigns were an important contribution to the movement. She frequently wrote for newspapers and important publications such as New York Age. She presented her campaigns and views to President William McKinley to spark reform. Wells was also instrumental in creating organizations such as the Alpha Suffrage Club, the National Association for the Advancement of Colored People, and the National Association of Colored Women.

Mahatma Gandhi’s efforts toward helping the poor and unprivileged and his work for Indian civil rights and nationalism made him a social worker, even though it was not his profession. Early in his life, Gandhi worked as a lawyer in South Africa and participated in nonviolent protests. The campaign that he launched after returning to India lasted for years until he was assassinated in 1948. Gandhi became the most important figure in Indian history because he worked and fought non-violently to provide freedom to the Indian people. His efforts to free Indians from British rule included urging people not to participate in World War II, housing, and advocating for and teaching thousands of poor. Gandhi managed to free several political detainees through negotiations with the British. He also negotiated and created political reform. His accomplishments are countless, and he is one of the most influential figures in history.

Social work is one of the most fulfilling, enriching careers as it allows you to empower communities and help the underprivileged like these important historical figures. A degree in social work will provide you with the knowledge and skillset to make a true difference in society.

You may be interested in: Top Components For Powerful Data Strategies