The incredibly diverse world of the most popular cryptocurrencies 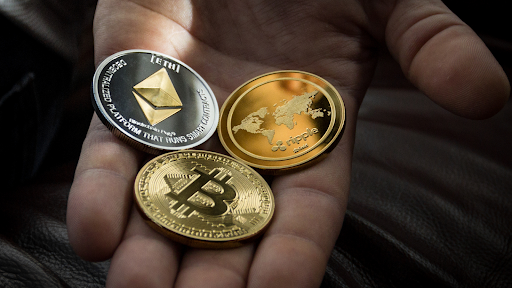 The world of cryptocurrencies is incredibly diverse. To put it very simply, we could say that almost anyone could create their own cryptocurrency, as long as they have some understanding of blockchain technology.

Currently, specialized exchange platforms offer more than 1600 cryptocurrencies, it is difficult to find one’s way among so many.

However, the number of really significant cryptocurrencies is smaller, and does not exceed a hundred.

What are the most popular cryptocurrencies?

A quick search yields the following: bitcoin still leads the way in terms of interest, but there are also other heavyweights such as Ethereum, Ripple XRP, Litecoin, NEO and IOTA.

Its launch in 2009 started a snowball movement: the cryptocurrency movement to which no one is a stranger anymore.

Bitcoin and the technology that makes it possible – blockchain technology – was developed by a person or group of people operating under the pseudonym Satoshi Nakamoto. Anonymity is one of the most seductive mysteries surrounding Bitcoin.

Nakamoto’s identity has never been revealed, but his stated intention to turn bitcoin into an alternative to the traditional monetary system is getting closer and closer to becoming a reality. In many ways, it already is. In just over a decade, bitcoin has come a long way in terms of popularity, recognition and usage.

Since its inception, bitcoin has aimed to avoid the inflation caused by the massive printing of money and to circumvent the pernicious control that can be generated by institutions such as central banks and other financial institutions.

It has historically been considered the second most important cryptocurrency. It is very different from Bitcoin. Ethereum actually refers to a blockchain platform intended for smart contracts. Ether is the real name of the Ethereum cryptocurrency.

While the fundamental purpose of bitcoin is for it to be considered an alternative to traditional fiat currencies, Ether is a cryptocurrency intended as a means of payment for the Ethereum platform, and not just as another asset. It is what is known as a “utility” cryptocurrency.

If you want to know how to buy Ethereum there are many pages that offer valuable information about it. It is not difficult to find relevant information on the Internet on this topic.

Ripple XRP, like Bitcoin or Ethereum, operate within the same blockchain system. This allows for a protective environment by a decentralized community, which contributes to the transparency of transaction and exchange processes.

However XRP has a specific purpose, in accordance with the protocol for which this cryptocurrency was created: conducting foreign exchange transactions and international transfers quickly, securely and, of course, virtually.

Transactions made with Ripple XRP are much faster than those made with Bitcoin.

In which situations is XRP ideal for use? Primarily for international transactions such as payments or fiat money transfers involving the exchange of the currency of issuance of the payment for the currency of receipt.

XRP can be used from the beginning to the end of the exchange transaction and avoids the risk of capital losses due to exchange rate fluctuations or depreciation.

You may be interested in: Ripple (payment protocol) – definition and meaning