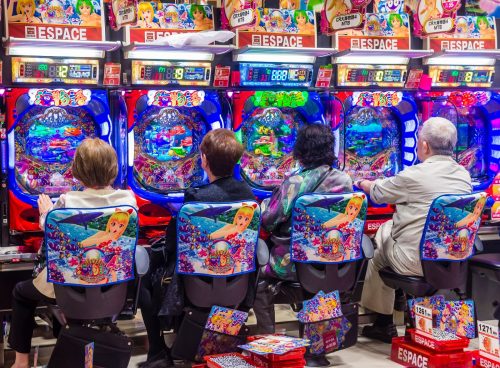 The Japanese government has been trying for some time to enact a law regarding a relaxation around gambling. This may seem surprising when you consider that the pachinko industry brought in more than 24 trillion yen (~182.5 billion dollars) a year, making it the country’s third-largest leisure industry.

However, finally, in 2016, the Japanese parliament voted to legalize casinos in Japan. As a result, not only traditional gambling but also online casinos and comparison sites in Japan are becoming increasingly popular. If you search on search engines in Japanese terms about gambling like 日本 の ギャンブル (gambling in Japan) or 日本 賭け事 (Japan gambling), you will find millions of sites discussing Japanese gambling, how and where to play, as well as betting sites and casinos offering you the best promotion to try on.

As gambling’s popularity grows, we’ve written this article to lead you through the most common sorts of gambling in Japan, giving you all the information you need as well as anx

In Japan, there is a multitude of “slot” machines. How can a theoretically forbidden industry be so flourishing?

In these alternative casinos, when you arrive, you exchange money for balls or chips (depending on the type of machine). When you leave the room, you can trade these balls/chips in a machine that gives you a ticket to exchange for travel, treats, manufactured goods or other … but not money. If you want to get money, you have to exchange your balls and equivalents for plates which will become exchangeable for money in a store outside the game room.

The small stores in question (generally held by yakuza) take advantage of a legal vagueness that has not really been legislated and which the authorities more or less tolerate so much the practice has become common.

The 4 most popular types of machines are:

Contrary to traditional Western slot machines, Japanese machines play on a more playful and addictive side through small cinematic evolving during your games (even if there are terminals without a screen). In the rooms, the noise is deafening and the players are hypnotized.

Some names of well-known video game companies participate in this sector as Sega Sammy or Konami. Thus, it is possible to play on pachinko Saint Seiya, Silent Hill, Dragon Ball, Evangelion... 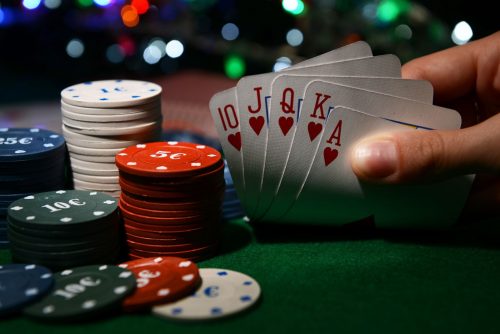 Mahjong is a very popular game in Japan, and those, despite the closure of nearly 20,000 rooms in two decades (there are still more than 10,000 dedicated rooms in the archipelago). Conversely, poker, which was rather discreet for decades, is beginning to acquire a certain “popularity” in Japan partly related to the smartphone, and an Asian breakthrough of this game. Poker is still far from the notoriety of mahjong, but several dedicated rooms have emerged recently. In addition, the player Naoya Kihara distinguished himself by winning the World Series Of Poker bracelet in 2012.

These games fall under the yoke of the law on gambling. In theory, it is not possible to bet money to win money unlike in the West or some Asian countries. The technique consists of making the participant pay a fixed price on drinks, or proposing various services at relatively high rates (like an exhibition). This high price is actually a disguise for the participation fee, which is used to reward the winners with various rewards. This makes it possible to earn money.

Some clubs avoid monetary rewards to avoid the risk of legal action, but offer winners a trip to Macau or Singapore, for example. Other clubs use the same technique as pachinko parlors with intermediate rewards redeemable at a nearby store.

However, over time, the government has made some concessions, often from an economic perspective.

The lottery has existed in Japan since the 1630s but was banned in 1842. In 1937, the Japanese government exceptionally allowed a lottery in order to fill the state coffers. A similar operation called “Takara-kuji” was organized shortly after World War II. This name was kept for the following lotteries.

From 1948 to 1954, several arrangements were thought around a relaxation of the legislation of the lottery. Since then, Takara-kuji resembled the operation of the Française Des Jeux through both lotto and scratch games. During this phase of legal development, the government took the opportunity to authorize sports betting only in the framework of koei kyogi (public sports).

Four sports based on running fall within this legal framework; they are:

In 1998, the Japanese government will allow sports betting on soccer (Toto). This exception is explained by a desire to bring funding to this popular sport around the world and thus become more competitive.

A slow development, but one that will certainly happen

Most Japanese people are against the opening of casinos in Japan; for the majority of them, games like poker represent a simple game of chance with no gain. However, attitudes are changing.

Although the United States has the highest turnover in the casino industry, and contrary to popular Western belief, especially in the movies, the ten largest casinos in the world are in Asia (8 in Macau and 2 in Singapore). Every year, these two small states catch up with the American ogre, partly thanks to the multitude of newly rich Asians as well as tourists and the explosion of poker.

Of course, this Asian attraction is motivating some people in Japan to open real casino rooms. The explosion of the smartphone market and its applications, as well as the expansion of the web on a global scale also open new doors for the Japanese public.

It is estimated that 3.2 million Japanese are addicted to gambling.