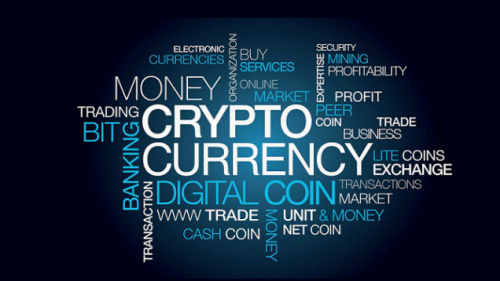 According to the JPMorgan report, the vast majority of institutional investors have no plans to invest in or trade cryptocurrency. According to Business Insider, 78 percent of the 3,400 investors polled said their firm is unlikely to invest in or sell crypto trading services. However, 58 percent of respondents believe cryptocurrency is “here to stay,” while just 21% believe it is a “fad.” The 1,500 respondents represented a wide range of organizations, with 89 percent stating that their company does not currently invest in or trade cryptocurrency. In recent weeks, many banking behemoths have shown an increased interest in providing crypto services to their clients, with Goldman Sachs announcing the relaunch of its trading desk after a three-year break on Monday. According to a Blind survey released on Wednesday, 57 percent of 1,800 tech professionals polled own any cryptocurrency. JPMorgan employees, as well as representatives from Amazon and Twitter, were among those who responded.

Clients in the state of New York can now use BitGo’s custody services.

In Crypto market news According to a statement released by the company on Thursday, the New York Department of Financial Services (NYDFS) has granted the crypto services provider a New York Trust licence. BitGo had already been approved as a certified custodian by the South Dakota Division of Banking, but it now has the go-ahead to sell its services to New York-based clients. This entails meeting the state’s stringent enforcement requirements, which include know-your-customer controls, an independent reviewer’s SOC 2 Type 2 audit, and digital asset insurance of up to $100 million. But the institutions are in New York, and BitGo claims the licence would help it expand its institutional clientele. “New York-based financial institutions are crucial for the rapid adoption and acceptance of digital assets, and BitGo has attracted considerable interest for its products and services from institutional investors in the State, including banks, pension funds, hedge funds, and other fiduciaries,” the announcement said. At the start of 2021, BitGo hired former Coinbase chief enforcement officer Jeff Horowitz to help with the approval process. It applied for the licence for the first time in August of 2020. BitGo has also recently collaborated with KPMG and Coin Metrics to develop a product suite to track blockchain network threats, with the aim of increasing institutional and bank adoption of cryptocurrency.

The surge in Bitcoin, which brought the digital token to a new high over the weekend, could be put to the test by dwindling liquidity in the world’s largest cryptocurrency sector. Bitcoin hit a high of $58,350 on Sunday before dropping to about $56,200 by 2:30 p.m. in Tokyo on Monday. The token’s value has roughly tripled in the last three months, according to Nikolaos Panigirtzoglou, an analyst at JPMorgan Chase & Co., but its liquidity has declined. He wrote in a note on Friday that “market liquidity for Bitcoin is currently much lower than for gold or the S&amp; P 500, meaning that even small flows may have a large price impact.”

Sharp movements higher or lower in the cryptocurrency are possible against this context, depending on the current fervor for digital assets. Even some of the token’s most ardent supporters have been taken aback by its recent growth. Elon Musk recently tweeted that Bitcoin prices “seem big,” after previously describing it as a “less stupid” version of cash.

4. India is about to miss the bus in leveraging cryptocurrency

Despite the confusion surrounding the future of cryptocurrency in India, as the country awaits the introduction of the Cryptocurrency and Regulation of Official Digital Currency Bill, 2021, in parliament, Indians continue to be fascinated by blockchain technology and cryptocurrency in particular. Even if there is widespread support for banning private cryptocurrency in India, it is possible that users will continue to trade in it. The reasons for crypto’s recognition and huge investor response are numerous: ineffective government policies, disillusionment with the financial system, and unequal distribution of IT returns. So, why has cryptocurrency become so common in India in recent years? Traditional Indian reverence for gold as a means of saving is one of the main reasons, and crypto is emerging as a kind of digital gold as people become more tech-savvy. The advanced currency has democratized the currency and opened up new channels for foreign transactions.

A number of countries are in the process of deploying or testing tokenized national currencies, using both blockchain technology and other formats. These policies are often discussed in terms of digitizing the money supply, but this is inaccurate. More than 90% of all money is now digital, with physical cash accounting for just about 10% of total money in most developed countries.

Not only is the majority of money digital, but so are the majority of payments, which are processed via bank transfers, credit cards, debit cards, and other services. Indeed, central banks are pouring resources into speeding up and streamlining the digital payment process, an effort that is unaffected by tokenization or blockchain technologies. In the United States, the Federal Reserve will soon release Fed Now, a new solution that will help near-real-time digital payments around the country. The Fed would join a number of other nations, including the United Kingdom, Australia, Mexico, and Nigeria, in developing and deploying similar infrastructure.

So, what is the value of blockchain-style tokenization if most money and payments are already digital, and many governments are investing in even faster real-time payment systems?

Programmability is the solution. Today’s payment systems are decoupled from the business arrangements that underpin such payments. This makes things far more complicated and unreliable than they seem when you concentrate solely on the payment.