The Market for CBG Is Heating 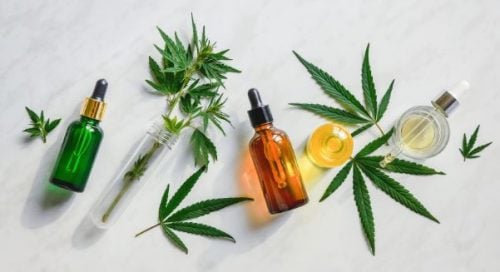 The market for cannabinoids is quickly diversifying due to financial incentives spurred by increased grant funding for new medical research and hemp legalization by federal authorities in 2018. If the current economic environment in the cannabis industry persists into 2021, expect to be hearing a lot more about a cannabinoid called cannabigerol or CBG for short. In fact, CBG is likely to start cannibalizing CBD market share within just a few years. Due to cannabis breeding breakthroughs that are bringing costs of production down and what appears to be anxiety-relieving benefits that surpass those of CBD, CBG is poised to be the next breakout medicinal cannabinoid.

Like CBD, CBG is a non-psychoactive compound naturally created in cannabis plants. It is present in a wide range of cannabis varieties and makes its way through the extraction process into full-spectrum concentrates and oils but—until recently—concentrations of CBG in popular CBD products have been nearly negligible usually ranging around 1-2% by volume. A bit counterintuitively, though, that doesn’t mean CBG is exactly rare.

As the cannabis industry continues to adjust its market orientation away from artificial pressures linked to excess THC production resulting from prohibition and new medical studies are published about the benefits of non-psychoactive cannabinoids like CBG, breakthroughs in breeding have continued apace that are dramatically increasing the available supply of CBG. It is now common to see CBG extracts and oils marketed directly to consumers. Beyond CBG concentrates and extracts that are quickly becoming available, new varieties of cannabis flowers are being marketed that claim to achieve above 90% CBG content. From seed producers to extraction operations, the feeling that another almost unheard of cannabinoid is making its way toward center stage is starting to take shape.

Like all cannabinoids, CBG affects an important regulatory system in the body known as the Endocannabinoid System (ECS). The ECS is part of the central nervous system and is present in the brain, spine, and extremities. It was discovered in 1992 and, unfortunately, is still poorly understood by science.

The ECS has a significant impact on a wide range of chemical functions in the body. The ECS impacts emotions, memory creation, pain sensation, and a host of other complex functions that touch on everything from fertility to metabolism. Cannabinoids like CBG and CBD achieve their effects by mimicking important endogenous cannabinoids that the body makes and uses within the endocannabinoid system to send regulatory signals down to more specialized subsystems that then affect the body’s chemical balance.

Importantly, and unlike CBD, CBG is the only known cannabinoid to inhibit the body’s ability to uptake a specific type of adrenaline called noradrenaline. Noradrenaline is a type of adrenaline that is naturally inhibited as the body enters REM sleep (the deepest type of sleep) and research shows it may be associated with an important symptom of anxiety disorders called hypervigilance.

At their root, Anxiety disorders are an inappropriate response to normal non-threatening environmental stimulation. Noradrenaline appears to play a role in causing muscle tension at rest and cognitive responses that correlate with several key behavioral symptoms of Social Anxiety Disorder, Generalized Anxiety Disorder, and PTSD. In a research study published in the British Journal of Pharmacology, CBG was shown to have a significant impact on the ability of the body to uptake noradrenaline. While this research is still preliminary, it underlies anecdotal reports throughout the cannabis consumer market of significant anti-anxiety benefits resulting from CBG consumption.

While the cannabis industry has gone through several recent failures and misallocation of resources causing some high-flying early entrants to crash, the fundamental fact is that cannabinoids like CBG and CBD are consistently found in medical studies to have significant anxiety and pain-relieving benefits that will serve to steady the industry for years to come.