The Massive Changes Made To Personal Health During The Pandemic 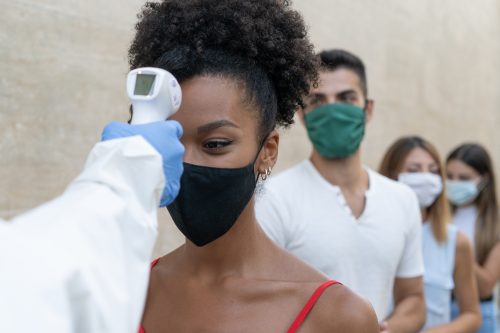 The coronavirus pandemic brought some significant changes to the lives of the people living around the world. Globally, no one had seen anything like this before and were quite confused about getting through the process. People were implementing changes in their lives to keep themselves, their families and their friends safe. The Government pushed for some massive changes like wearing masks that were now a mandatory requirement. Around the world, most Governments implemented rules not allowing people to be in public without a face mask, not only to protect themselves but others too. They also implemented social distancing norms, all to control the spread of the virus. Various countries were dealing with the virus differently and had different rules governing the people living there.

There were other changes the Government was pushing through as well. Some of these included wearing masks throughout the pandemic, whenever they were leaving their homes. People had to maintain the right amount of social distance as well. They had to make sure they were safe when they were coordinating in a crowd or a queue.

With so many changes and most countries immediately imposing national lockdowns when the number of people with the virus started increasing, businesses and companies were unsure of how they were going to meet their targets and other changes that were going on. During lockdowns, people were not allowed to leave their homes unless for medical supplies, essentials or a few other exceptions. Companies were not allowed to have their staff coming into the office either, and most of them had to find ways of allowing their people to get things done remotely.

Most companies were struggling to get through the process, finding remote working challenging with significantly decreased productivity. Most employers were complaining about the same while people also mentioned that it was difficult to get everything done from home since they had many distractions. They needed to coordinate some errands, there were distractions and so much more, regularly happening. With the constant changes on both sides, companies could not stay true to their timelines or keep up with deadlines. Additionally, they were no longer doing as well financially now as they were in the past, which led them to start pushing much of their staff out. There were massive changes with the number of people working within a company and people were all quite uncertain about the future.

What were the challenges with remote working?

Staying healthy through the pandemic was quite challenging as well with people eating all the time. When they were home, they had nothing stopping them from consuming food, chips, and anything and everything that they wanted. Some people were eating and munching as a part of their breaks, between two meetings, and sometimes, during conference calls, since these were online or virtual and no longer in person.

These improper eating habits, massive changes to their routines, and constant staying at home led to health issues. People were no longer getting the exercise they needed. They were not leaving their houses, walking, or even heading to the gym for some time since most were closed or it was too inconvenient since they were home all the time.

Companies were not maintaining proper timings for their staff, so they kept finding themselves working the entire time. With the constant working and late-night meetings, most people found that their stress levels were high, which wasn’t ideal. Furthermore, people were not getting enough sleep since they were working ridiculous hours which was quite challenging. With so much happening and receiving deadlines throughout the night, most were unsure how they would deal with the workload.

People were not allowed to leave their homes and were working remotely for the longest time. They no longer had the opportunity to organize in-person meetings or even have in-person conversations for most of the pandemic. These changes took a massive toll on their mental health, and they were unsure how they were going to get through the process. There were changes that they had to get through, and weren’t sure how they would. People were not allowed to leave their homes, but many needed assistance through therapy sessions. While the alternative was coordinating these remotely, most people could not deal with all the changes that were taking place. They wanted to speak in person and were not coping well.

Surprisingly, working on all the steps mentioned above would guarantee that a person would be in good physical and mental health.

How were employers moving forward?

With the changes taking place, people were not planning on getting back into the workforce since they were waiting for clarity and a stable economy. Employers wanted to make sure they were picking people who were planning on sticking around for the long haul. One of the most common requirements now was making sure that their prospective employees provided a background check, which was not something that they were worried about in the past. Depending on the job that they were getting in touch for, the information they provided would vary. There are multiple apps and third-party platforms that would allow people to gather this information to be prepared for when they were applying for a position. While background checks were not mandatory, most companies and businesses were asking for them.