The opportunities of solar module recycling

The energy industry is in transition and the gradual shift towards renewable energy sources is more than evident. But not everything that looks sustainable remains so at the end of its life cycle. At least, that’s the number one concern when it comes to photovoltaic (PV) solar panels. They are a sustainable source of energy, depending only on solar radiation, capable of providing electricity for our homes. But what happens to the solar modules when they no longer work efficiently?

The lifespan of solar panels

To answer the first question, how long do solar panels last? According to studies, the life expectancy of solar modules is around 30 years before they are taken out of service. During the lifetime of photovoltaic modules, the performance can decrease by 20%. The maximum drop in performance is 10% in the first 10 to 12 years and 20% after 25 years. These numbers are guaranteed by most manufacturers.

Experience shows, however, that after 25 years the efficiency drops by only 6 to 8 percent. The service life of solar panels can therefore be much longer than officially stated. High-quality PV panels can even last 30 to 40 years and still be functional after that, albeit with decreasing efficiency. 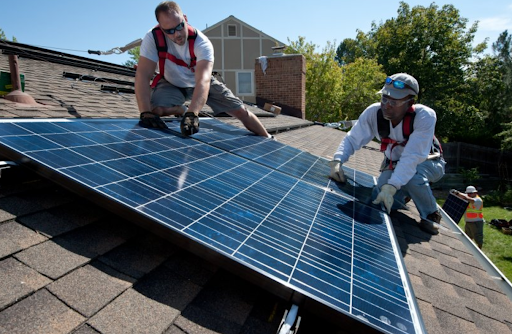 From a legal perspective, PV panel waste still falls under the general waste classification. The only exception is at EU level, where PV panels are defined as e-waste in the WEEE (Waste Electrical and Electronic Equipment) Directive. The disposal of PV panels is therefore regulated by this directive in addition to other legal frameworks.

Without recycling methods, 60 million tons of solar panels would end up in landfills by 2050. Since all solar cells contain a certain amount of toxic substances, this would not be a particularly sustainable way of generating energy.

The popular belief that solar panels are not recyclable is therefore a myth. However, it is a process that will take time to be implemented on a broad scale and will require further research to reach its full potential for proper recycling of all solar panel components. Because of this, it is necessary for the engineering and recycling departments to work closely together to ensure recyclability through eco-design.

There are two main types of solar panels that require different recycling processes. Both types – those based on silicon and those based on thin film – can be recycled using different industrial processes. At present, silicon-based panels are the most common, but that doesn’t mean that thin-film cell materials don’t have great value. Research studies on mini solar panels recycling have led to numerous technologies. Some of them even reach a staggering 96% recycling efficiency, but the goal is to raise the bar even higher in the future.

The recycling process of silicon-based PV panels begins with the disassembly of the actual product to separate aluminum and glass parts. Almost all glass (95%) can be reused, while all external metal parts are used for cell frame re-molding. The remaining materials are treated at 500°C in a heat treatment facility to loosen the bond between the cell elements. Due to the extreme heat, the encapsulating plastic evaporates and the silicon cells are ready for further processing. The supporting technology ensures that not even this plastic is wasted, but is reused as a heat source for further thermal processing.

After thermal treatment, the green hardware is physically separated. 80% of it can be easily reused, while the rest is further refined. The silicon particles, the so-called wafers, are etched away with acid. Broken wafers are melted down and reused to manufacture new silicon modules, resulting in an 85% recycling rate of silicon material.

In comparison, thin-film modules are processed more drastically. In the first step, they are fed into a shredder. A hammer mill then ensures that all particles are no larger than 4-5 mm. This is the size at which the lamination holding the inner materials together breaks and can be removed. Unlike silicon-based PV panels, the remaining substance consists of both solid and liquid material. To separate these, a rotating auger is used, which basically rotates the solid parts in a tube while the liquid drips into a container.

The liquids go through a precipitation and dewatering process to ensure purity. The resulting substance undergoes metal processing to completely separate the different semiconductor materials. The final step depends on the technology used in making the panels; however, on average 95% of semiconductor material is reused.

The solids become contaminated with so-called intermediate layers, which have a lower mass and can be removed by a vibrating surface. Finally the material is rinsed. What is left is pure glass, with 90% of the glass elements retained for easy reprocessing.

Now that we know that solar panels can be recycled, what other benefits, if any, will this bring to the economy? It is clear that a suitable infrastructure for the recycling of solar modules has to be put in place in order to cope with the large volumes of PV modules that will be disposed of in the near future. Once this is the case, we will witness several positive factors and new opportunities for the economy.

PV recycling will not only create more green jobs, but will also recover a value of around 11 to 15 billion Swiss francs by 2050. This inflow will make it possible to produce 2 billion new panels without having to invest in raw materials. This means that around 630 GW of energy can be generated just by reusing already used materials. 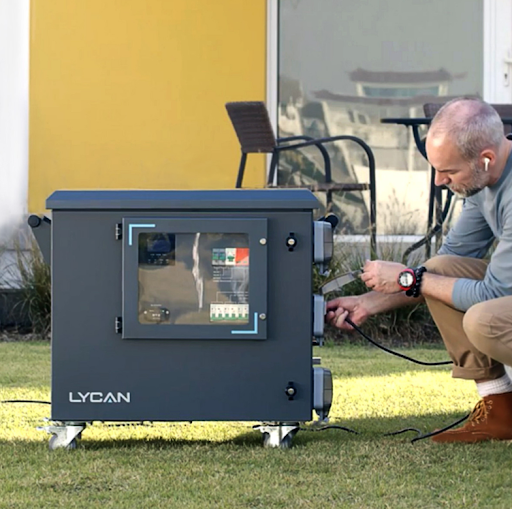 Thanks to the constantly falling prices for solar energy, more and more households and companies are choosing to invest in solar generators , for example, Renogy’s 5000 watt Lycan is such a home solar power pox, which can offer 24/7 Uninterruptible Power Supply. As a result, even more economic opportunities will arise in the field of solar panel cell recycling.

You may be interested in: What is solar energy? Definition and examples