The Pros and Cons of Becoming a Cardiologist

If you’re looking into the cardiology jobs California has to offer, then you might be wondering if it’s a good career path for you. First, you need to know what a cardiologist is. Second, you need to know the pros and cons of the field of cardiology. Only then can you make an informed and balanced decision about whether it is a viable option for your future. 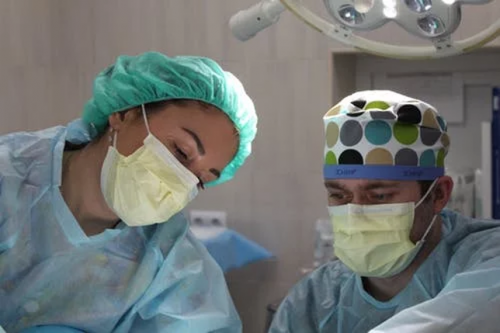 What Do Cardiologists Do?

Cardiologists are doctors that specialize in treating cardiovascular diseases and heart problem. Cardiologists interact with their patients in hospital settings and private clinics, among other medical facilities.

If you think cardiologists play a crucial role in medicine, you’re right. The heart is one of the most vital of all human organs. However, that doesn’t mean being a cardiologist is always a great thing, as there are serious pros and cons:

The average debt for a typical medical school student is nearly $200,000. While cardiologists can make more than this in a year, it’s also a roll of the dice. Not every student actually makes it into the profession, but nearly every student who goes to medical school does wind up with the debt.

If $200,000 in medical school debt sounds bad, then annual pay of over $300,000 should sound pretty good. You could pay off all your learning expenses in the first year and still have a six-digit salary as a rookie. Non-invasive cardiologists typically average just under $400,000 per annum, although the range varies from $320,000 up to nearly half a million. Your cumulative years in practice, certifications and education are all contributing factors to your level of pay.

Becoming a cardiologist doesn’t just involve serious expense in terms of money but also an investment in time. Medical school alone can take four years, and that’s followed by three years of residency. Undergraduate school is four years in front of all this, and many cardiologists go through three years of fellowship. Add it all up, and it can take 14 years just to start practicing as a cardiologist. Once you do, you’ll work long hours on unconventional schedules with many on-call hours. More than half of cardiologists spend more than 50 hours each week with their patients, and more than 10 percent average over 65 hours with patients each week. That’s all before the office time and paperwork.

Cardiology is a fascinating field in its own right because blood vessels go all throughout the human body. Everyone relies on their heart to keep beating but the field also offers many subspecialties you can explore to get off the beaten path career-wise. Consider these possibilities:

Cardiologists often wish they could do their job perfectly, but most know better. Honestly, who is perfect at their job? Unfortunately, even cardiologists who are nearly perfect at their job still get sued from time to time. An average doctor spends more than 10 percent of their lifetime career with at least one open malpractice claim against them, and cardiologists, in particular, have a 60 percent chance of facing one at least one time during their own career. Such a situation can be personally and professionally draining while it drags out for possibly years on end. That’s on top of how demanding the job already is in the first place.

PRO – You Get to Save Lives

Cardiologists deal with matters of the heart in a literal fashion. They save lives, they extend lives, and they improve quality of life for many patients. If these are things that matter to your heart, then the satisfaction of this career path is undeniable.

The undeniable tragedy to the profession is delivering bad news to patients. In some cases, you’ll also deliver this to their families. Sometimes, it will be telling a family their loved one has died. In many other cases, it’s telling a patient that they are going to die or don’t have long left. Even patients that live have to do so with serious restrictions on their health and independence. Delivering news like this under any circumstances is emotionally daunting.

PRO – You Get Respect

Inside the United States, scientists are the second-most respected profession, whereas lawyers are in second place for the rest of the world. What profession is a first place everywhere? Doctors. People admire doctors for helping people heal and feel better, for their long education and hard work, and by being the ones to deal with accident victims and diseases.

If you’re going through the cardiology jobs in California employment lists show as available, you can see the continuing demand for this profession.