The Pros and Cons of Fuel Cards

Online articles are so quick to push the benefits of fuel cards that they ignore the downsides. Contrary to online propaganda, there are a few downsides to using fuel cards. In most cases, the upsides far outweigh the downsides, but in the name of balance, this article offers the pros and cons of fuel cards. 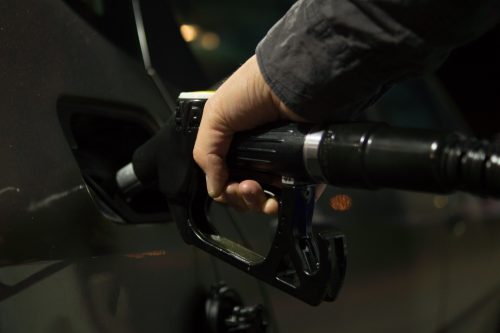 Rather than having to pay for tens or hundreds of fuel payments per month, you may use fuel cards to build up one large bill, and then have it direct-debited out of your account every month. It makes paying far easier, and often far cheaper. It also makes accounting a lot easier too, which is another way that some companies save money.

iCompario.com has a useful fuel card comparison page where you can compare the different options available.

Con – You Still Have to Monitor Them

Stealing with the use of fuel cards is still possible. There are a number of ways, be it selling fuel to your friends for cash, or filling up fuel cans at the station to use at home or sell. There are charge-back scams and double-charging scams, and even people who strike a deal with attendants to charge cards for services that were not rendered, and then splitting the money.

These are all things you can notice if you monitor card use. However, it does take at least a little bit of monitoring. Many of these tricks and scams are perpetrated because the business owners are not being vigilant enough to notice people using too much fuel for one trip, or not noticing double billing with matching amounts.

Pro – You Do Not Have to Trust Staff With Payments

Letting your staff fill up their vehicles and then bring in their receipts, or giving staff credit cards to use, means you have to trust staff with money. They may bring in receipts that are not theirs, all while claiming they did a certain number of miles. They may also have their credit cards stolen or lose them, which means you have to deal with whatever money is stolen, and then get them new ones, and so forth.

Simply having your staff pay with fuel cards is far easier. Plus, if they lose a card, it can be quickly canceled. It is not like a credit card where it will be accepted everywhere. It will only be accepted in fuel-selling establishments, and if the card is used after your staff member loses it, then you can see where it was used and perhaps even catch the thief.

Con – You Are Signing Up to a Contract

You should really shop around when you sign up for fuel cards. You need to hop onto a fuel card comparison website and really search out the best deals. This is because there is a wide margin between the good fuel card providers and the awfully bad ones.

The good ones will let you into contracts that are easy to get out of. They will offer good rates, good discounts, good rewards, and a reasonably easy-to-use software interface. They will make it easy to pay your bills, will have low charges, and no hidden fees.

For all those things your contract “May” have, they may “Not” have. There are fuel card providers out there that will lock you into contracts that are very difficult to get out of. There will be those that have nasty fuel amount limits where if you do not buy a certain amount of fuel, not only do you miss out on the fuel discount but there are added fees too. Some fuel card providers are not very good and signing up for a contract with them can be a headache.

Ask Other Fuel Card Users About Their Experience

For that reason, ask other fuel card users about their experiences with their current provider and previous providers. Also, ask them the pitfalls of certain fuel card companies, like  them selling your information to spammers, asking for upfront fees, or their cards frequently being rejected at major branded fuel depots and refueling stations.

It sometimes pays to get tips and tricks from current fuel card users because things change. For example, the old double-charge trick used to work well for nefarious staff members, but these days your software analytics will spot people trying to charge twice for the same amounts. Whereas newer scams, like chargeback scams, payment fee scams, or striking a deal with fuel tellers, are often the talk of the fuel card town as employers discover their staff are trying to steal from them.

On a similar note, offer other people the pros and cons of fuel cards that you have experienced and let them know which fuel card companies offer the best deals. There is no benefit in keeping the information to yourself. It is not the same as sharing the names of suppliers. In fact, some fuel card companies offer very nice referral fees, so keep that in mind the next time some of your business acquaintances ask you about fuel cards.