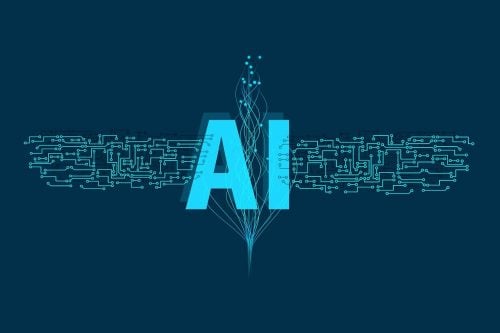 What used to be a science fiction thought experiment is now an integral part of daily life. Artificial intelligence (AI) is the driving force behind technologies like smart assistants, robotic vacuums, and autocorrect.

Teachers can identify a student’s weak areas through testing analysis. All these options, and more, are possible with minimal human involvement.

The History of Artificial Intelligence

Alan Turing, a British mathematician, explored the idea of a machine that could learn from experience. His 1950 paper, Computing Machinery and Intelligence, posited a test for determining if a machine could act indistinguishably from a human.

Turing’s ideas leaned more toward philosophy than implementation. It wasn’t until two years after his death that mathematicians took the first step toward the modern, learning AI model.

The Logic Theorist was a program written by Allen Newell, Cliff Shaw, and Herbert Simons. The program mimicked the mental processes of human mathematicians and developed mathematical proofs for certain theorems. Many of these proofs were more in-depth than the originals.

This program was a massive step in proving the validity of artificial intelligence. Its success displayed that, when given enough data, a machine could reach and explain conclusions on a human level.

The theoretical side of AI ultimately developed at a pace that computational power couldn’t match. Computers weren’t sophisticated enough to store and process the amount of data that researchers required for practical testing.

Surprisingly, AI’s next big stage was presented decades later in the world of chess. An IBM supercomputer, Deep Blue, was pitted against the then reigning World Chess Champion, Garry Kasparov.

Deep Blue lost the first match in 1996, but in true cinematic fashion, it achieved victory in a New York rematch. Today, this technology is standard on any online chess site, but Deep Blue’s victory was monumental for its day.

Mathematicians and programmers have been expanding the field ever since. Computational power grows exponentially with each passing year and allows for the “impossibilities” of the past.

There’s a societally agreed-upon hatred for busy work. It’s the go-to target for emphasizing the cliched lifelessness of the typical office. AI takes a lot of this busy work and slaps it on the chopping block.

It’s the epitome of working smarter, not harder. AI carries out mind-numbing tasks without wasting human resources and churns out months of calculations in seconds. It’s undeniable that AI improves both personal and professional efficiency when used in the right places.

A prime example of this automation is chatbots and customer support. Over 60 percent of consumers prefer chatbots over waiting for a human. Everyone has seen the little message box pop up on the lower-right side of the screen. It asks questions like, “How can I help you,” or “Do you need assistance?”

Chatbot AI is a low-cost solution for businesses’ support interactions. If a problem is too tricky for the chatbot, it’s sent to a human representative to handle. This pipeline ensures that companies expand human power on only the most difficult-to-resolve queries.

In theory, the chatbot pipeline represents the ideal goal of artificial intelligence in the workplace. It automates tasks until it becomes necessary for paid employees to step in. This model also includes tasks like data entry and complex cybersecurity updates.

Prolonged periods of mental activity lead to feelings of tiredness, similar to working a muscle. This is known as cognitive fatigue, which negatively affects energy and concentration.

The mind subconsciously becomes lazier, and mistakes start to slip by. Errors have a way of compounding each other, like a bad loan. One small mistake can snowball into massive losses in the future.

Data-heavy tasks that deal with endless columns of numbers magnify cognitive fatigue. The brain starts making poor assumptions to create shortcuts. Luckily, these types of jobs are where AI shines the brightest.

AI’s “brain” doesn’t get tired from repetition. If the program and input data are correct, it will churn out accurate results ten times out of ten.

Human error extends past collecting and organizing data. Incorrect interpretations can ruin even the most meticulously logged information. When humans look at data, their innate biases and instincts can see fictitious trends.

For example, the human mind tends to emphasize recent events. This phenomenon is called recency bias. Rather than looking at trends over the past ten years, humans will place unreasonable gravity on the past four months.

Of course, there are situations where recent trends are more important. However, humans cannot numerically evaluate how much value to put on those trends. At least not at the same speed as artificial intelligence.

An AI decision-making program suggests choices based entirely on all the available data. In an instant, it searches through countless similar cases without giving undue weight to any of them.

Some millennials may remember using an impossibly large map on road trips or printing out directions from Google.

Today, the little voice in our pockets handles most of our trivial burdens. Digital assistance AI like Siri, Google Assistant, and GPS constantly learn from immense data pools. They learn where people go, what they eat, and what they like to buy.

Don’t know what you need? No problem. The AI can give you recommendations based on a database of past searches. The AI on our phones is so advanced they can even correct the user when they misspeak.

While there’s some debate on the ethics of this information gathering, digital assistance has proven invaluable in improving the convenience of daily life.

It requires extensive and precise data, but AI can predict specific types of natural disasters. These include:

AI systems can deduce the timing and location of these disasters by comparing factors like rainfall records, seismic activity, and wind speeds. Knowing these two things can save thousands of lives through early evacuations or intelligent construction. Knowing is half the battle when it comes to staying safe while driving in bad weather or preparing for a natural disaster.

In 2018, Google and Harvard announced the development of an AI designed to predict the locations of aftershocks following an earthquake. It used global earthquake data to determine where and when dangerous tremors would occur.

AI ushered in new levels of convenient living and has helped society advance at an astonishing rate. However, like sonar and dynamite, developing technologies have a nasty record of troubling consequences.

Here are the dark downsides to the rise of artificial intelligence.

As more professional tasks become automated, businesses have less need for human involvement. The obvious side effect of this is a predicted increase in unemployment. Pessimistic estimates say that around 25 percent of US jobs are at risk from AI.

The World Economic Forum estimates that artificial intelligence will create as many as 58 million jobs. However, AI will primarily displace low-skilled workers that won’t be qualified to fill the newly created positions.

Cybercrime is a numbers game. Most attacks fail because their method and language put the target on edge. Random solicitations to “claim a FREE prize” tend to raise suspicion.

Now, what if those messages sounded natural and legitimate? What if the scam resembled a doctor needing a necessary form? The more human and believable a scam sounds, the more likely the target will fall for it.

In 2021, a government team from Singapore tested an AI’s ability to craft phishing emails. They found that the emails created by AI had a significantly higher success rate than those made by humans. Implementing machine learning in cyberattacks means that every attack becomes tailored for the target.

Machines are frequently described as cold and unfeeling.

Artificial intelligence possessing emotion or empathy is still securely in the realm of science fiction. While these programs can mimic these feelings, a machine can’t reach the emotional depth of a human.

No Emotions or Ethics

A lack of emotion precludes the ability to form morality. AI is designed to analyze and learn from the supplied big data. Even if an AI were created to pursue justice, it would mathematically analyze old precedents without dissecting society’s current landscape. That justice would be an arithmetic justice judging without regard for what’s morally correct.

Similar reasoning applies to AI’s inability to replicate true creativity. AI can produce something new by suturing together ideas from millions of creative works. However, this is just an incredibly complex mathematical recreation.

A machine can’t replicate the emotion and spirituality that guides genuine creativity.

In the early 1950s, renting a computer cost around $200,000 a month—all that money for a device that could barely execute the AI for chess.

The world’s most famous AI programs cost companies well into the millions. Apple’s purchase of Siri in 2010 was a $200 million deal.

Venture capitalists invest with the base rule that only about 20 percent of artificial intelligence pitches will bring results. This failure rate and the massive developmental costs make getting AI projects off the ground challenging.

One way to combat the cons of artificial intelligence is by insuring your data. Today, businesses and individuals alike have the option of relying on cybersecurity insurance that can protect data as a part of their commercial liability insurance policy.

Each company has unique requirements to qualify for its cyber insurance policies but also offers different features. It is essential that you sort through your options to figure out what type of data protection will keep your information the safest.

Artificial intelligence looks shiny and new, but its growth has been a global effort spanning over 70 years. The degree to which it’s changed our daily lives and society is staggering, yet the field constantly evolves. Whether that evolution brings more benefit than loss for humanity will depend on how it develops from here on out.

Ben is a Web Operations Executive at InfoTracer who takes a wide view from the whole system. He authors guides on entire security posture, both physical and cyber.

Interesting Related Article: “Augmented Intelligence vs. Artificial Intelligence: Everything You Need To Know“