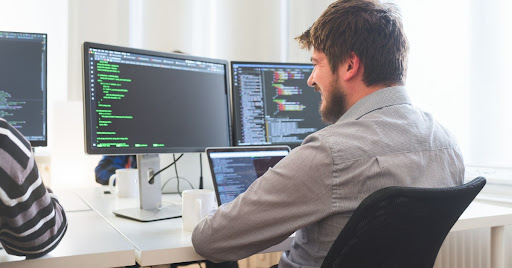 There are several ways to develop an application. Developers pick the best programming language for the app-building project on the basis of intricacy, need, scalability, and other aspects. If you are in the process of building an app, learn these top android development tools that help you in accelerating the entire process and make it easy.

Mobile applications have widely become a go-to technique for businesses for promoting their offerings to customers. The demand for mobile apps is mounting and is expected to take a steep rise in the coming years. Many android app development services providers and modern-day developers are making big bucks by leveraging this opportunity and building feature-packed apps for their clients.

Nearly 3.5 billion mobile applications are associated with different types of business models. Android development aims at delivering free apps which is why many users prefer it. However, developers are facing challenges as they have to come up with unique products and service apps to impress leading businesses. Challenges such as security, app integration, UI, fragmentation, API compatibility, etc. comes in the developer’s way in the app-building process. Here, android app development tools play a vital role in making the process easier.

What are android app development tools? Which one is the best of all?

If you prefer android over iOS app development then certainly you have taken the right path. This is because most app companies and online businesses initially try to catch the android market. The simple reason is the immense growth opportunities that come with it. Android rules the app market and contributes to Google Play Store with currently 3.9 billion mobile apps which is huge.

Android app development tools provide an environment that helps designers and developers to implement their creative ideas for building different types of apps for their clients. These tools are software programs that are essential for app functionality, looks, and feel. This external software plays a key role in building high-end apps that trigger users’ attention. As the market is flooded with these tools, deciding the best one often becomes confusing for developers. To help you in your decision-making process, here are the top 7 android app development tools to create the finest yet responsive apps.

Android Studio is at the top of our list as this tool is widely preferred by many developers. Created by Google in 2013, Android Studio provides debugging, code editing, and testing functionalities with an easy drag-and-drop interface. It has a large community of developers who are actively engaged in the process. It is supported by Google and free to download.

Fabric is another best android development tool that was used to build apps like Twitter. This tool offers the ability to create high-end applications by providing a collection of kits that can be easily picked according to the need. From advertising to beta testing, these toolkits offer everything that developers need in the app-building process. Back in 2017, Google bought fabric from Twitter. Big companies like Spotify, Uber, Yelp, Square, and Groupon have used the Fabric tool for building their mobile apps.

Firebase is another android app development tool that offers a collection of kits to developers. It is an advanced development tool consisting of Google’s Cloud Services for web app development operations and mobile apps. This tool offers monetizing via ML Kit, safer authentication, and AdMob for a great app-building experience. It also includes mobile app analytics features that enable developers to uphold app performance.

Android SDK (software development kit) is one of the primary development tools for creating applications. This tool enables developers and designers to build several android applications. It has diverse features to write, test, and optimize code bases for android mobile app development. No matter which language you select for developing your app, it is crucial to use SDK to make applications run seamlessly across all android gadgets.

Android Debug Bridge is a vital debugging tool in an app development environment. It has three components i.e. client disseminates the command, an ADBD (device daemon) implements the command, and a server that harmonizes ADBD-client communication. So, basically, it is client-server software. You can get this package via the SDK manager. You can also directly download the Android SDK tool package if you need it.

Basic4Android is another finest development tool that accumulates code into native android applications without the help of other run-time settings. This tool is exclusively created for android apps so it doesn’t support other platforms. It has a visual editor that enables developers to have flexible view handling. Developers can fix bugs wirelessly. It is a well-organized IDE and translator that allows developers to create programs with intricate programming languages.

Buildfire.js is one of the best mobile app development tools present in the market today. Being a cross-platform library, developers can utilize this tool to make custom functionality inside it. With the help of JavaScript, developers can limitlessly customize this tool according to their needs. It is an open-source tool that is easy and simple to implement. It helps developers accelerate the process of android app development.

There are literally thousands of tools that support the android development platform. Although creating an android app packed with features takes some time and extra bucks. Once you have the best app development tool, the entire app-building process becomes easier, cost-effective, and quick. If you are a business owner then ensure that you hire skilled android developers who have in-depth knowledge of using these tools. Whereas if you are a developer, then pick what suits your experience and client’s need.

Demand for Android apps will continue to grow, you can make a lot of money by meeting this need and offering high-end apps to your clients. Now, pick any of the above android development tools for your next project and come up with a groundbreaking app that doesn’t fall short of impressing your clients!