The UK may have narrowly escaped a technical recession 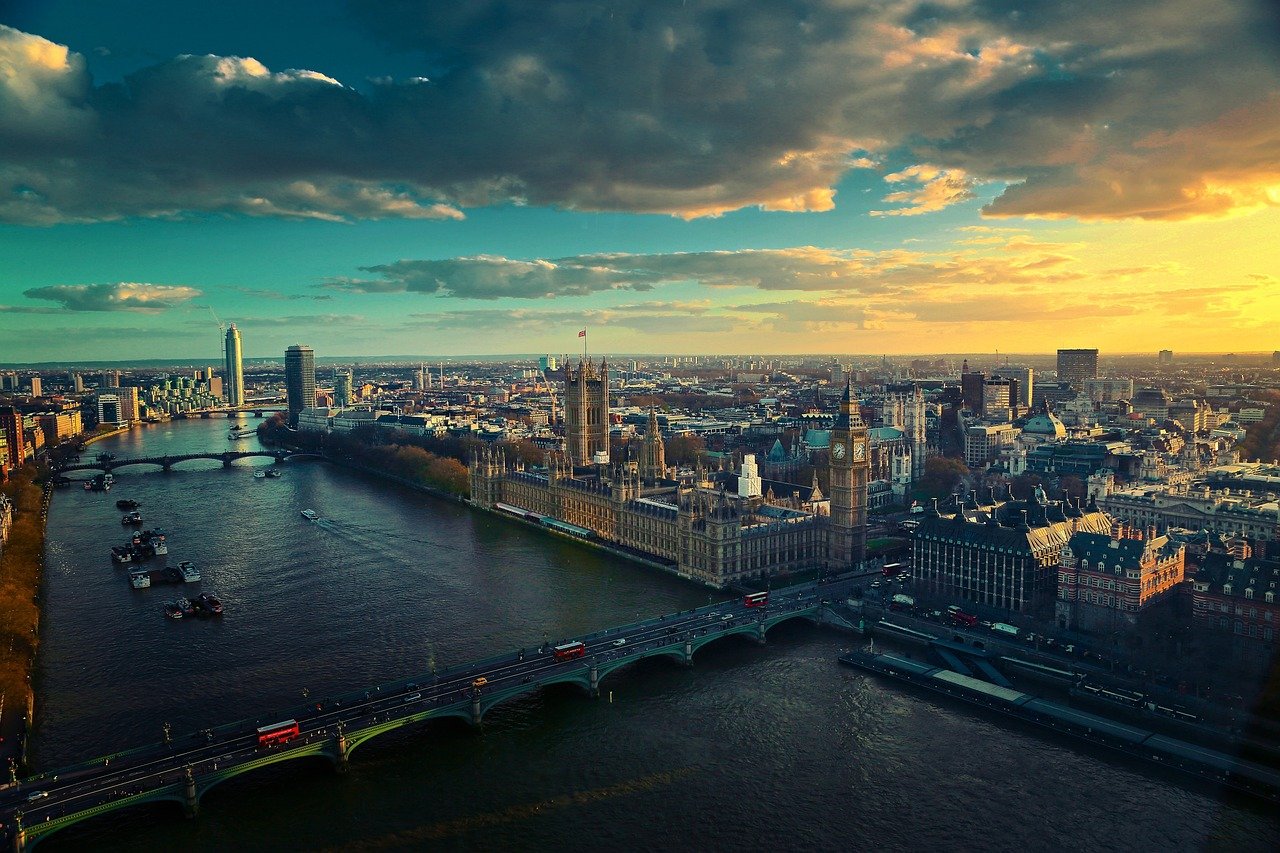 Despite rising prices squeezing many households, the UK economy surprisingly grew by 0.1% in November – a result of World Cup fever and increased demand for services such as technology. Figures released by the Office for National Statistics (ONS) showed pubs and restaurants contributed to this growth spurt; however it is unclear whether escalating costs will eventually lead to a recession.

The World Cup was not only a thrilling event for sports enthusiasts, but it also had positive effects on the economy — perhaps even preventing the UK from falling into recession territory (although we still need December data for that). Pubs and pizza places experienced an increase in business while advertisers enjoyed more activity than usual due to higher demand. 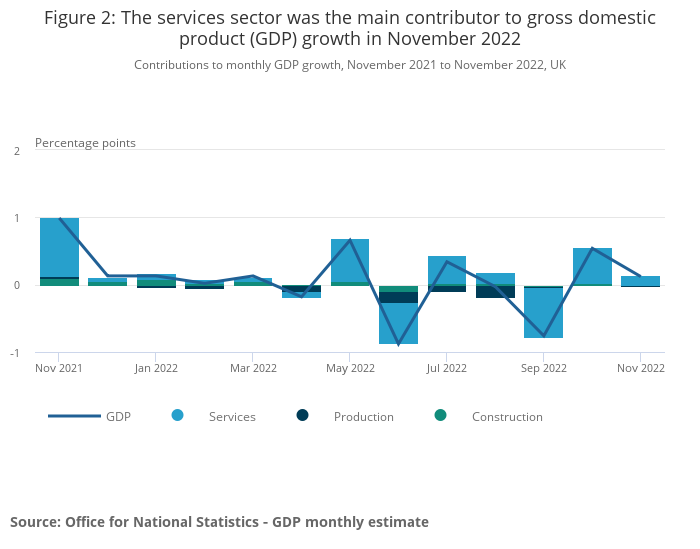 The UK could narrowly escaped a technical recession

With November’s GDP growth, the UK economy could have managed to narrowly escape a technical recession – three consecutive quarters of output decline.

Despite dips in the manufacturing and construction sectors, November was a good month for services — which encompass industries from hospitality to accounting. The services sector helped to propel the economy forward in November 2022, with a 0.2% increase further deepening growth of GDP. 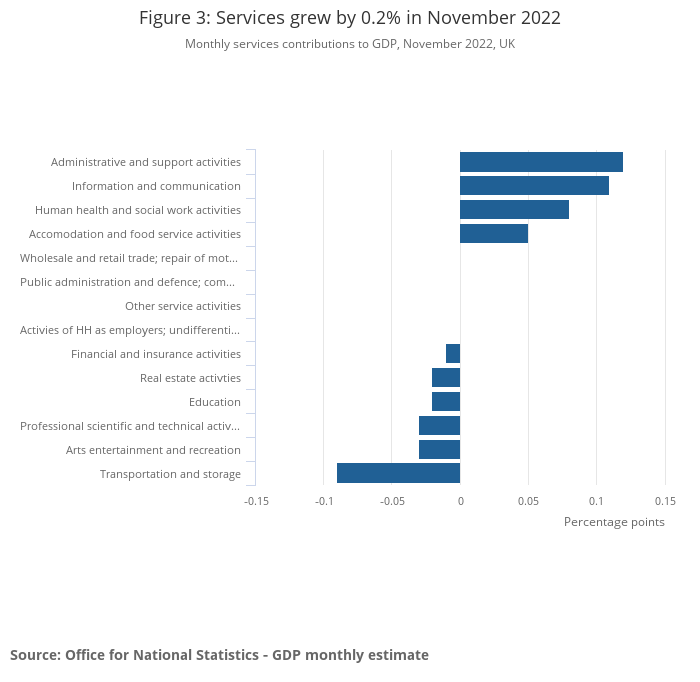 “The economy grew a little in November with increases in telecommunications and computer programming helping to push the economy forward,” Darren Morgan, ONS director of economic statistics was quoted by the FT as saying. “Pubs and bars also did well as people went out to watch World Cup games.”

The small November rise in GDP comes after October’s 0.5% surge — mainly due to the re-opening of establishments after Queen Elizabeth II’s funeral ceremony the month prior.

With consumer prices on the rise, markets are expecting a dramatic increase in Bank of England’s interest rates – predictions point to an astounding 50 basis points taking it up from 3.5 per cent to 8 per cent at their next meeting early February. It has been almost impossible for consumers and businesses alike with inflation soaring high since November 2021 when the rate was set at just 0.1%.

You may be interested in: What was the Great Depression? Definition and examples