Automated software testing is a procedure by which a developing software is checked and verified for errors and bugs with the use of testing software. It covers all types of testing phases and includes cross-platform compatibility. In general, all tests that are performed can be automated. 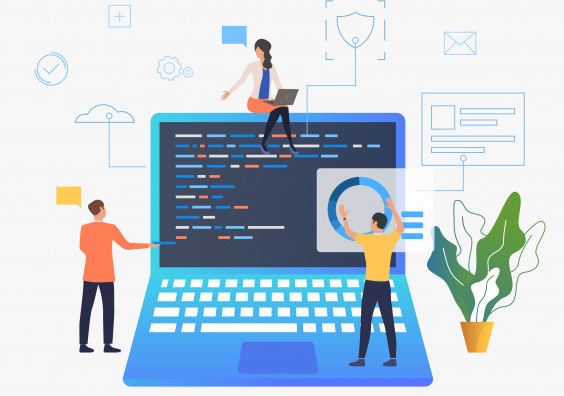 Automation testing improves manual testing efforts by focusing on tests (automated) that manual testing is incapable of performing. It can be considered a vital part of software development, which preserves the analytical skills of manual testing procedures. Automated testing does not undermine the value of manual testing, as they are inextricably linked and complementary to each other. It is possible to create software that converts any type of manual software test into an automated test, but it has been observed that although this can be possible, not all tests are worth automating. Several factors must be considered before deciding what and when to automate.

The use and application of software technology throughout the Software Testing Lifecycle (STL) is important which increases STL efficiencies and effectiveness. Automation efforts, which are applied across the entire STL, are referred to as automation system testing with a focus on automating integration and system testing efforts. The overall goal of an automation effort is to design, develop, and deliver an automated test and retest capability that improves testing efficiencies. If AST is successfully implemented, it can result in a significant reduction in the cost, time, and resources associated with traditional test and evaluation methods for dense software systems.

There are numerous and endless test deadlines that appear in an integrated testing environment. Testing is frequently blamed for missed deadlines, over-budget projects, discovered production flaws, and lack of innovation. The real culprits are often inefficient system engineering processes, such as the black-box approach, in which millions of software lines of code are developed. It includes vast amounts of functionality, which is handed over to a test team that can prove to be a time-consuming task.

Some other factors, which are responsible for delayed testing, are summarized below:

Even though many developers perform unit testing in a test-driven software development environment, which generally perform a good job of testing their software modules. However, there is still a lack of developer integration and system testing. Some thinkers can still argue that the emphasis should be shifted away from testing and toward improving development processes. This can be acceptable, but even with the presence of the best processes and talented developers, software integration and system testing will always be necessary.

However, there are a couple of reasons why developers do not perform system testing:

The perception problem cannot be solved by the best processes and standards. For example, even if the density of errors is minimum, the occurrence of frequent errors in a software system is perceived as poor quality by its customers. On the other hand, even if the defect density is high, infrequent bugs have almost no impact on operations and are perceived as good quality by an end-user.

The aim should be to improve perceived quality. This can be accomplished by concentrating testing on the most frequently used functionalities of the software.

Not all project tests can or should be automated. Automation testing should be performed on those target areas that are repeated most frequently and require the most labor. Tests that are only run once or infrequently will not be high-payoff tests to automate unless the test is difficult or time-consuming to run manually. Furthermore, if the AST needs to change each time, test cases that change with each delivery are unlikely to be highly paid off to automate. To implement AST in each project, an initial high-level assessment should be performed.

The final goal of any business venture is Return on Investment. Automated system testing should always be performed in a way, which maximizes the return of investment.

The primary points which ensure the best ROI is as follows:

There is a dynamic relationship between speeding up the testing and product delivery time. If a particular test activity is not critical, it is very unlikely for a developer to automate it as it does not impact the delivery time. On the other hand, identifying a test or set of test program activities that are truly on the critical will result in its automation, which can significantly improve software delivery time. In general, increasing testing efficiency can help you speed up the testing process while also lowering costs.

A tester should emphasize certain questions before evaluating testing efficiency.

These are those tests, which run the most frequently because they cover a complex, problematic area and have the potential to uncover the most defects?

There are certain tests that manual testing cannot perform due to their complexity for example speed, concurrency, performance, etc. Hence, for these tests automation is required.

Following are some points, which should be considered to speed up test efforts.

The activities of your test program should be tailored to project needs. Once an inventory of test activities is completed and assessed against project needs, a tester can provide an objective recommendation of the benefits of automation areas, phases of the STL, which requires automation. Mostly, the test activities that contribute to multiple business needs are the most beneficial to automate.

A decrease in testing cost can be achieved by following certain points such as:

To find the best testing tool for an organization necessitates a thorough understanding of the problem at hand, as well as the specific needs and requirements of the task at hand. Once the problem has been identified, it is possible to begin evaluating tools. A tester can choose between commercial and open-source solutions. Commercial solutions have their benefits, but there are some drawbacks of purchasing a tool from a software vendor, such as vendor lock-in, lack of interoperability with other products, lack of control over improvements, and licensing costs and restrictions.

According to the tool evaluation criteria, a tester assigns a weight to each tool criterion based on feature importance i.e. the more important a tool criterion is for the client, the higher the weight (1 to 5) and then ranks the various tools. The weight and rank are then multiplied to generate the final “tool score.” The features and capabilities of potential tools are then compared using the tool score to determine the best fit.

To evaluate the best tool for automated testing, above mention strategic steps can be summarized as followed.

Some other criteria’s in evaluating tools are as follows:

For several years the tool that has been in use should be known.

Software testing is a critical component of the software development process and constitutes each stage of the software lifecycle. A successful test strategy begins with careful consideration during the requirements specification process. Testing, like the other activities in the software lifecycle, presents its own set of challenges. The importance of effective, well-planned testing efforts will only grow as software systems become more complex.

LambdaTest Automation offers cloud-based automation testing on Selenium. You can automate your testing across 2000+ devices including mobiles, tablets, and desktop browsers. The tool offers parallel testing on the Selenium grid, thus ensuring a faster go-to-market launch.