The Ultimate Guide To Cannabis Sativa 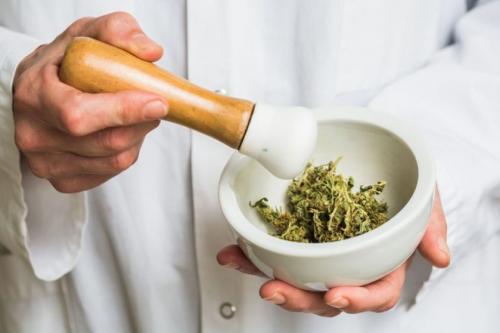 When the leaves and flowers of the cannabis plant are extracted for their psychoactive or medicinal properties, we call it marijuana or marihuana. Marijuana is typically made from the cannabis sativa plant, though other species, such as cannabis ruderalis, are also in the cannabis family.

To experience the psychoactive effects of marijuana, it is typically smoked or consumed orally. The fact that cannabis has so many potential medical uses has contributed to the industry’s meteoric rise. Numerous studies have shown that cannabis may help treat various medical issues, including stress, chronic pain, and seizures.

We’ve covered you if you live in a state where marijuana use is legal, but you’re not sure which strain would be best for you. Read on for more info about cannabis sativa and how we can help you.

An annual herbaceous flowering plant, cannabis sativa was originally from East Asia but has since been cultivated worldwide. Since the beginning of time, people have been growing this plant for all its benefits: as a source of industrial fiber, recreation, seed oil, food, religious and spiritual inspiration, and medicine.

A Sativa plant will tower over an indica plant in height, and its leaves will be noticeably longer and narrower. Cannabis sativa is cultivated for various reasons, from medical marijuana to fiber for textiles.

The terpene pinene is particularly prevalent in Sativa varieties. This natural plant oil is also present in evergreen trees and is responsible for the uplifting aroma of wide varieties. Like Sativa, Pinene’s effects include heightened awareness and concentration.

Different people can experience different effects from the same strain of cannabis because of some major differences. Sativa users frequently report feeling joyful, more productive, and more able to concentrate.

Generally speaking, the THC concentration in Indica strains is higher than that of Sativa strains, but the CBD concentration is lower. To be precise, the percentages vary depending on the strain.

Sativa strains have long been the preferred choice of daytime cannabis users, and their effects have been compared to those of caffeine. Many smokers prefer the calming effects of Indica to the “head high” they get from Sativa. The CBD content of Sativa strains is higher than that of indica strains, and as a result, users of Sativa strains report feeling more energized after use.

Sativa’s medical users report feeling more energized, less stressed, and more hungry after using it. Patients who need help feeling better after taking an icky medicine or treatment may find this very helpful. Most Sativas have higher CBD content, so trying that out could help.

The Temporary Effects of Cannabis Sativa

Cannabis use has a wide variety of possible side effects. Some of these are helpful, while others are cause for concern. The following are examples of immediate positive results:

Cannabis sativa plants typically only produce either male or female flowers. This plant blooms during the shorter days of autumn and winter, and it’s staminate (male) plants tend to be larger and weaker than their pistillate (female or male) counterparts.

The flowers on a female plant, which are arranged in racemes, can produce a large number of seeds. The male plants die and drop their pollen several weeks before the female plants’ seeds are ready to be harvested. Because the X and Y chromosomes are passed down, both sexes are made in equal numbers under normal conditions with 12 to 14 hours of light.

The daily light cycle and other environmental factors can influence sexual expression in plants, even though genetics determine whether they will develop into males or females.

Plants with male and female parts are either sterile or fertile, but “hermaphrodites” made in a lab can have completely operational reproductive organs. Many commercial seed companies sell “feminized” seed, which is created by creating female plants that are genetically incapable of producing male offspring or by having to treat the plants with /hormones or silver thiosulfate.

You’ll notice that many strain names sound alike because wide Sativa varieties have similar terpene profiles. Common Sativa terpenes include limonene and pinene, and you can usually tell that a strain is Sativa if it has words like “haze” or “citrus fruit” in its name. You can easily buy cannabis products online on SecretSmoke. Some of the most popular Sativas are stated below:

It is a popular Sativa strain that has been popular for years thanks to its distinctive flavor. Often referred to as “the espresso of cannabis,” this strain is perfect for when you need to concentrate intently, such as during an outdoor excursion. Durban Poison’s status as a parent strain of the immensely popular hybrid GSC is widely believed but not easily demonstrated.

SLH is a strain with a high concentration of terpene limonene, making it a sour, citrusy choice for the day. Its neon green buds are energizing to look at, and users report feeling more productive and optimistic after consuming it. Super Lemon Haze is an excellent choice if you’re in the mood for a Sativa to get your day going.

It takes some practice, but you can learn to recognize the distinct aroma of Sour Diesel, also known as Sour D, a popular strain in Canada. Sour Diesel is popular among consumers as an analgesic, mood elevator, and general stress buster.

Since Chocolope contains less THC than some of the more potent Sativas on this list, it has a more mellow effect.

In 1997, 1998, and 1999, Super Silver Haze took home the top prize at the High Times Cannabis Cup, cementing the strain’s reputation as a winner. It’s also highly regarded for the serenity and inspiration it imparts.

As a plant that humans have used for thousands of years, Cannabis sativa is sure to please users of all levels of familiarity and tolerance. Rather than “weed,” people are now more commonly saying “cannabis.” No matter what you call it, cannabis can have both positive and negative effects in the short and long term.

Check local laws to see if you can legally purchase cannabis sativa to satisfy your curiosity.

Interesting Related Article: “What Is the Best Way to Smoke Cannabis?“