The United States COVID-19 Stimulus And Its Benefit To Humanity

In March 2020 when the coronavirus pandemic started to hit especially hard in the United States of America and some other parts of North America as the numbers began to climb, the United States Congress signed the Coronavirus Aid, Relief and Economic Security (CARES) Act into law, expanding the ability of states to provide unemployment insurance for a huge number of workers who had been negatively impacted by the pandemic, including those who are ordinarily not eligible for such unemployment benefits. 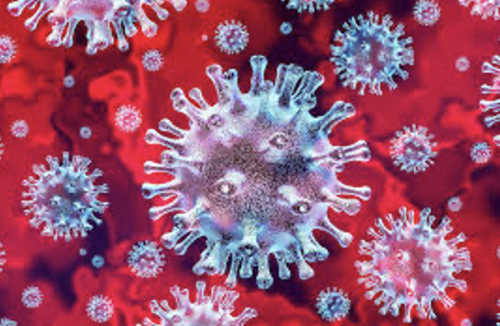 The Coronavirus Aid, Relief, and Economic Security Act ensured that adult individuals who had been affected by the pandemic received up to $1200, and children received up to $500 in the initial payments made between March 2020 and April 2020. By April 2020, the unemployment rate in the United States peaked, with up to around 14.7% of Americans filing for unemployment benefits.

As the pandemic wore on, there was also an increase in fraudulent activities with the receipt of these stimulus packages. In one of such cases, the state of Colorado reported 50,172 overpayments of $92,748,476 between the months of April 2020 and January 2021 to numerous individuals, some of whom have been identified.

Colorado has paid out over $7 billion in unemployment benefits since March 2020. The state has since clarified that the overpayments were due to errors, but were not tracked individually, only by the number of overpayments made.

In a more serious case, between 200 and 300 million US dollars was claimed by internet fraudsters from Nigeria who posed as unemployed US citizens to receive stimulus checks of $1200 on a weekly basis. On learning about this, the Federal Bureau of Investigation (FBI) reported the acts to the Central Bank of Nigeria, causing the bank to prohibit commercial banks in the countries from processing cryptocurrency transactions.

In December 2020 in one of now, former President Donald Trump’s last acts in office, a $900 billion stimulus deal containing unemployment benefits for struggling Americans was agreed upon by the United States Congress.

The stimulus proposal was also endorsed by then President-elect, Joe Biden. In the deal, it was directed that $600 be paid to Americans who had earned up to $75,000 in 2019, seeing a reduction from the $1200 provided in the CARES act of March 2020.

In addition to all of these, a $50 billion stimulus for small businesses was approved on February 10, 2021, by the House Small Business Committee for release to struggling small businesses in the country.

All these COVID benefits have been provided by the country’s government to cater for its citizens, including immigrants, and alleviate the suffering brought about by the extended lockdown period, pending the end of the pandemic nightmare when schools, casinos, businesses, and other places of work can fully function again.