The Use Of Performance Enhancing Substances In Sports – A Critical View

On the 5th of February 2021, football player and Ajax goalkeeper, Andre Onana was handed a 12-month ban from all forms of football by UEFA for doping violation after a drug test that was carried out on October 30, 2020 indicates that a banned substance was present in Onana’s system. 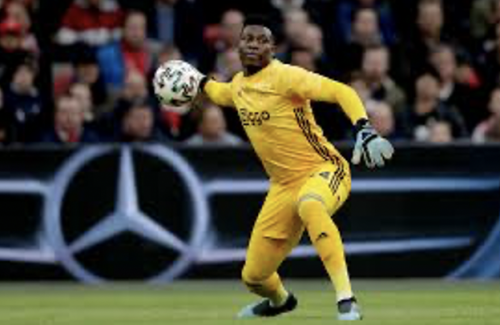 While UEFA stated that it was clear that Onana had no intention of cheating, he, as a professional athlete had a responsibility to keep his body free from prohibited substances.

The case has been forwarded to the Court of Arbitration for Sports (CAS) as the Ajax keeper fights for a reduced ban or outright acquittal as he pleads his innocence of the charges leveled against him.

As with betting, athletes sometimes use illegal banned substances to improve their performances. On a similar note, in 2020, Russia was banned from taking part in any international Sports competitions for four years due to a discovery that the Russian authorities had tampered with a database of Russian athletes from the Moscow testing laboratory before handing it over the World Anti-Doping Agency (WADA) in 2019.

The database contained evidence of some doping violations which WADA intended to prosecute. After an appeal by Russian athletes and officials, the four-year ban was reduced to two years with neutral participation of Russian athletes in events allowed without the use of the Russian flag or name or anthem. As a result, there will be no Russian contingents at the 2021 Tokyo Olympics and 2022 FIFA World Cup in Qatar.

Athletics has proven to be a hot bed for doping in recent years, with about 196 bans handed down by the World Anti-Doping Agency in the space of just over three years since 2017.

Of the 196, 66 have been handed to Olympic Games and World Championships medalists with the remaining 130 being athletes who have competed and excelled at the very prestigious Diamond League. Currently, Brianna McNeal, a 2016 Rio Olympics 100m hurdles gold medalist is facing an extended ban of up to 8 years after she was accused of tampering with doping control.

The 29-year-old American was handed a provisional suspension and has served a ban of one year in 2017 after she missed three consecutive drug tests.

However, in some cases, a mistake in doping tests can alter the trajectory of an athlete’s career as it so happened with French footballer, Mamadou Sakho.

The defender tested positive for Higenamine, a banned substance after Liverpool’s 2016 Europa League semifinal match against Manchester United, and was banned for 30 days from all of football, causing him to miss the final match against Sevilla and subsequently the 2016 European Championship that held in his home country, France.

Sakho, who was a pivotal member of Liverpool’s team that season eventually never kicked a ball for Liverpool after the event and now plies his trade with Crystal Palace in the English Premier League. In November 2020, WADA eventually apologized to Sakho and paid him a substantial amount of money as they accepted that there had been a mistake in their decision.