These Are The Most Common Home Insurance Exclusions 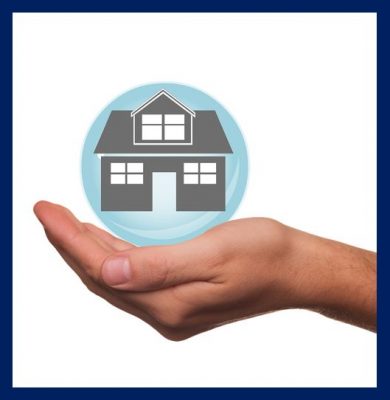 Homeownership is a complicated matter. As soon as you think you have got the hang of keeping up with maintenance schedules and unanticipated expenses, a spanner gets thrown in the works. The one thing more complicated than homeownership is insurance.

The US insurance industry takes up a tremendous amount of mindspace for the average American. Unfortunately, insurance is never as easy as paying a premium and making claims. You have to deal with deductibles and exclusions that even the insurance companies sometimes seem hard-pressed to keep up with.

Homeowners insurance is therefore unsurprisingly a complicated matter that frustrates many Americans. While homeowners insurance is non-negotiable, considering the risks of losing everything in a fire or any other disaster, it comes with exclusions you should know about. This way, you can prepare for the worst case scenario. If something does go wrong, you won’t be surprised by your insurance company’s reticence to pay.

Homeowners insurance is meant to cover your home’s structure and your personal possessions. Personal liability is also covered, and so anyone who claims for damages they incurred on your property will be paid out (in most, but not all, cases).

But what are the most common home insurance exclusions?

We’ll start with one of the most frustrating exclusions. Ordinance or law exclusions come after your claims have been paid. Your insurance company has paid for repairs up to their supposed replacement cost. However, replacement cost does not necessarily equate to the cost to meet building codes. If you still have to pay to get your home up to legal standard, insurance will not help.

If you live in an area prone to earthquakes, don’t expect your insurance to pay out. This includes all so-called “earth movements”. Volcanic eruptions, landslides, and sinkholed are all excluded. While it is frustrating that not everything is covered under one policy, different organizations, including the California Earthquake Authority (CEA) and the Federal Emergency Management Agency (FEMA) may provide payouts.

The fact that wear and tear due to neglect is excluded from homeowners insurance is fair enough. It is up to every homeowner to maintain their home to keep it up to standard. This can be frustrating, however, when you experience a roof leak. Roof leaks are rarely covered by homeowners insurance, as they are put down to wear and tear, and it is very difficult to prove otherwise. That said, roof leaks caused by storms or adverse weather conditions may be covered.

Pest damage and removal are rarely covered by homeowners insurance. Pest control is seen as a maintenance issue and damages are considered neglect.

Private homeowners insurance will not pay if a public authority destroys or causes damage to your home. However, you should be able to claim from the government.

This is another frustrating exclusion. Homeowners insurance does not cover possessions damaged by power failures or surges, meaning that any appliances plugged in at the time will be on you to replace.

It shouldn’t have to be said, but if you purposely damage your own property, homeowners insurance will not pay. If you personally damage your property and attempt to claim under false pretences, you may get in serious legal trouble for insurance fraud.

Dog bites are generally covered under personal liability. However, if your dog has a history of biting, or is from a breed that is considered a particular liability, you may not be covered.

Finally, damage or loss due to war will not be covered.

Is there gap coverage?

Being a homeowner is often frustrating, and homeowners insurance can be as interesting as any other type of insurance. However, if you are prepared, with the knowledge of what you can expect insurance to cover and exclude, you will be best placed to deal with any issues.

Interesting Related Article: “Home or Property Insurance: Is it even worth it?“