These are the Most Impressive Data Centers in the World

Data centers are sometimes just a room, in other huge mega-buildings, they have nothing to envy the great architectural works of our time. Not surprisingly, they are the jewel in the crown of the digital world. Behind most of the online services we use and the applications that allow companies to continue operating, there are some -almost-unknown but essential places that concentrate all the information that we handle daily. 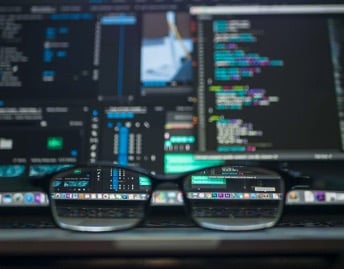 From the one that supports a small home project to the CPD (Data Processing Center) that make a supercomputer work, through the thousands of square meters that IBM uses to respond to the needs of its clients and all the equipment that Facebook uses just so that its users can connect and interact with their friends.

The amazing centers designed by Google to process the millions of information requests that they receive every second or the safest and most advanced centers in the world, those that have the Tier rating IV Gold. All of them deserve a separate category, that of the most impressive top data center companies on the planet.

The explosion of data that we are experiencing in recent years, and that forms the basis of Big Data, is largely due to social networks and, within them, prominently to Facebook. Zuckerberg’s empire moves no less than 2,500,000 new content every minute, a frenetic pace for which they have had to arm themselves with the best technology.

Facebook has several data centers around the world, with the one in Sweden standing out in Europe and, of course, the most emblematic: the one in Prineville, Oregon (USA).

This center stands out for being one of the most respectful with the environment on the planet, with a revolutionary air cooling system. Allowing air to flow freely in the installation through a grid located in the upper part, cooling with water to pressure and heating up when passing through the corridor where the equipment is located.

Facebook has also built another majestic data center in Iowa, powered exclusively by wind energy, as well as being one of the great promoters of Open Compute. A program with which it shares the design of its CPDs so that developers and individuals can propose improvements, and new ideas to save more energy with the same Power.

Google, the Most original Vision in the World of CPD

In top data center companies, Google is the technology company that has most transformed our lives in recent decades. But that transformation has also been transferred to the design of their data centers. Thus, Google is one of the first online service companies that not only built its own data centers but also took charge of the entire process of designing, planning, and executing them.

Installations that stand out, first of all, for their enormous color, with each tube of a different color and that many could associate with the tones of their logo, but nothing is further from reality. Such a color gamut allows search engine teams to detect what function each conduit fulfills within the entire organizational complexity of the center.

Google is known for finding the least peculiar locations to host its network of data centers, taking advantage of the weather and natural conditions of the terrain to save energy and better cool its equipment. tunnel to the Gulf of Finland.

In this second case, Google announced a couple of years ago its intention to build mobile data centers on ships or platforms near the coast, powered exclusively by hydroelectric energy and also cooled by the infinite water itself that would surround them.

Google is so proud of its data centers that they created a web page detailing the operation of eight of their 13 centers, with photos and virtual tours of them.

You may be wondering what is this Tier IV Gold? It is an approval (ranging from 1 to 4, with 4 being the most demanding level) that recognizes the reliability and security of data centers. In the case of Telefónica, it is one of the eight worldwide that has achieved the highest accreditation, guaranteeing 99.99% reliability of its information.

For an installation to earn this emblem it must have, among other things, a double independent and active power supply, be completely modular (each room must be independent of the others in case of error) and a double fiber role that connects with 2 different communication centers, so that one is always in operation in case the other has failed.

Telefónica uses this center for two major functions, on the one hand to support all its cloud services and, on the other, to host the applications or services of third parties that need to rent the full power of this center.

According to the latest figures available, Amazon already has more than 450,000 servers in seven different locations to support its entire online store, but also to sell cloud capabilities to third parties through its Amazon Web Services division.

For its part, Microsoft has invested around 15,000 million euros in its data centers throughout its history, currently having more than 500,000 servers that are used for Bing, Microsoft’s cloud services (such as the versions in the Office cloud or business apps) and also for some third parties with whom the Redmond have strategic alliances.

One such dgtlinfra.com is the company that has the largest data center on the planet, located in the North American town of Chicago, with more than 100,000 square meters and 50 different electric generators.