13 things about Java you may not have known

Java is one of the most popular languages all over the world. If you are into programming, or if you are just dipping your feet into the vast ocean of coding, it is a very remote, very remote possibility that you haven’t heard of Java. Everybody has heard about Java. 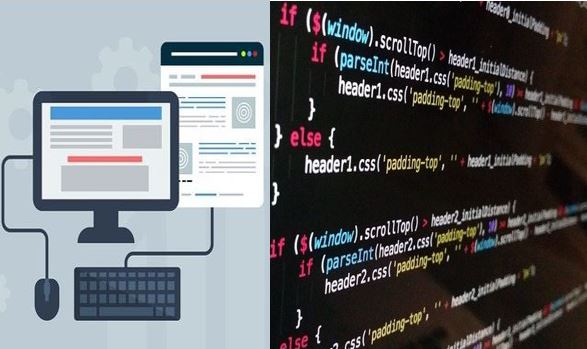 In this post, we are going to learn about 13 things you may not know about Java. Tighten your seatbelts. 13 lesser-known facts about Java.

Java is a programming language. It is a general-purpose programming language with object-oriented capabilities. It was released by Sun Microsystems in 1995 for the first time. Now we have different versions. Aside from Sun Microsystems, you have Java from Oracle as well as Google. Most of the Android apps are built using Java from Google. In fact, this is one of the biggest reasons why Java is so popular these days – most of the Android apps are built on Java.

Another reason why it is so popular is that it is machine-independent. The same code works on Windows, Linux, and Mac machines. All you need is the Java Runtime Environment (JRE). It consists of the Java Virtual Machine (JVM), the Java platform core classes, and supporting Java platform libraries. As long as JRE is installed, you can run the most complex software solutions using just your web browser.

Let’s now go over the 13 things about Java you may not have known.

1. Minecraft was originally written in Java

2. The original name of Java was OAK

When the first time James Gosling created Java, he named it after the oak tree that he constantly saw outside his office window. He was working at Sun Microsystems. The company was looking for new technology for programming next-generation smart appliances and for that, they needed a new programming language.

They first considered C++ but the language didn’t meet their requirements. They even tried to modify C++ but in between the idea was abandoned. They created a new platform called Green and an entirely new language called Oak.

Why was Oak renamed as Java? In 1994 they discovered that the name Oak was already trademarked by another company called Oak Technology. Hence, the name the programming language Java. Just imagine, if there hadn’t been the trademark conflict, these days you would have been using the Oak programming language.

The penguin-shaped mascot that you often see when you are dealing with something about Java has a name. It is called “Duke”. The mascot, that represents a jumping, cartwheel Duke, was created by a graphic designer in the Sun Microsystem’s Green Project team named Joe Parlang. Joe, later on, went on to work on highly popular animated movies such as Flushed Away, Shrek and Over the Hedge.

The mascot was meant to represent a software agent that performs tasks for the user.

Although you must know Java by its steaming cup of coffee, that is a logo. Duke is the official mascot of the Java technology.

Interestingly, the mascot itself was open-sourced in 2006, and designers and developers were encouraged to create their own graphic versions of the mascot. There is a dedicated “Project Duke” at OpenJDK.

These days Duke is a popular feature at every JavaOne developer conference. In fact, Duke has become so popular that every year Oracle releases a new Duke personality.

4. Exactly how popular is Java?

Interesting question, no? Everyone talks about the massive personality of the Java programming language, but exactly how popular Java is?

According to SlashData, in 2019 there were 7.6 million Java programmers all over the world and the number is fast increasing.

What makes Java so popular? Java got its biggest boost when Google decided to use Java as its language for Android applications. Despite the fact that it is one of the oldest languages, many mobile app companies consider Java as a leading-edge programming language.

Of course, multiple times on our website we have mentioned that one of the biggest reasons why Java is so popular is that it is platform-independent. The same program can run on different computing environments as long as the Java Runtime Environment is present. Therefore, big banks, retailers, insurance companies, and manufacturers use Java. Even if they change their computers and computing devices, as long as they have the Java runtime environment, they can use the same code everywhere.

5. The story behind the Java coffee cup

Java is an island in Indonesia. It is famous for its coffee beans. As mentioned above, the original name of Java was Oak. When it was found that the name Oak had been trademarked by another company, the team at Sun Microsystems was desperately looking for another name.

While brainstorming, they were sipping Peet’s coffee (a famous brand in America). The steaming cup gave the idea of the logo and since most of the coffee in the contemporary world comes from the Java island, hence the name.

7. What does Java mean

As mentioned above, Java is a famous island in Indonesia, the largest archipelago in the world. It consists of 17,508 islands although only 6000 islands are inhabited.

One of the inhabited islands is Java. Aside from the fact that it is a tourist hub, historically the island has been known for exporting the Java coffee beans to Europe. Many people recognise copy with the name Java.

8. The creation of the Java programming language was an accident

Yes, although James Gosling, who was at that time working at Sun Microsystems, is credited with developing or creating the Java programming language, it wasn’t as if he was sent out to building an entirely new language.

In the beginning, he was just trying to incorporate some changes into the C++ programming language. They wanted some new features in a new set-top box that Sun Microsystems was building and for that, they needed to write some program for which the features were not present in C++.

Hence, they were trying to modify the language. But in the process, they ended up building a new language called Oak that was later changed to Java.

9. 95% of enterprises use Java and other awesome stats

No matter which language is most popular and which one comes after that, by the end of the day, the reality is that 95% of enterprise-level applications are written in Java. 97% of enterprise desktops run Java.

10. Java is most popular for creating user interfaces

125 million TV devices are run with Java programming language. So, if you are using some sort of interface on your TV or the touchscreen of your TV, there is a great chance that the features have been built using Java.

11. Java programming is a high-paying job

12. There is an $8 billion courtroom battle going on between Oracle and Google over Java

Java is so much in demand that Oracle has sued Google for using one of its copyrighted capabilities and has demanded a compensation of $8 billion. A few years ago Oracle purchased Sun Microsystems and Java came along with that. Oracle says that Google has used Java APIs in Android.

Oracle won the case in the Federal Court but Google approached the Supreme Court of the US. All along Google has been claiming that for many years Java has been open source so there was nothing wrong in using its APIs for developing Android. The case is still going on.

13. Most of the Android platform has been written in Java

As mentioned above, there has been a court battle going on between Oracle and Google because Google has used the Java APIs to build Android and it has made massive profits out of the mobile operating system. A large part of the Android system has been written in Java with its various APIs.

There is another reason why most of the Android is written in Java. Originally, Android wasn’t developed by Google. Android Inc. was founded by Andy Rubin, Rich Miner, Nick Sears, and Chris White in October 2003. It was there that Android was built specifically for mobile devices. These programmers built Android in Java. Google acquired Android for $50 million in 2005. Hence, it has been majorly written in Java.

Interesting Related Article: “13 Tips for Beginners to Learn Java in a Simple Way“