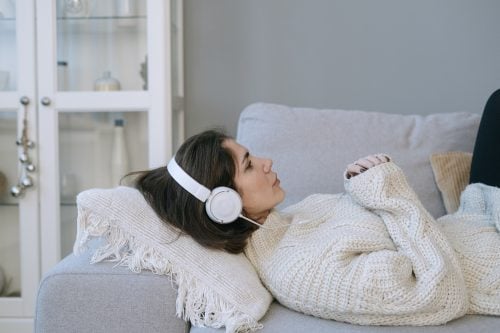 The University of Washington School of Social Work has published a new study that shows teen depression rates are on the rise. According to the research, which is based on interviews with thousands of teens in grades 7 through 12, over 13 percent of teenagers now experience symptoms of clinical depression. That figure represents an increase over previous estimates and amounts to over two million American teens currently suffering from some form of major depressive disorder. According to these researches, a depressed teen is 4 times less productive than a normal teenager. The findings also show teen depression increasingly affects girls, with nearly one out of every four girls exhibiting symptoms compared to less than one out of every ten boys.

Teenage life can be simultaneously one of the most wonderful and worst times in a person’s life. Some teens feel like they’re on top of the world, while others struggle with depression so severe that it seems impossible for them to experience anything but misery. Unfortunately, depression is more common among teenagers than many people realize.

What is Teenage Depression?

We can define teenage depression as a mood disorder that causes deep sadness and/or anxiety that lasts for weeks or months at a time. The hopelessness and low self-esteem that are common symptoms of this illness may interfere with school, relationships, work, family life as a psychological disorder characterized by feelings of sadness, hopelessness, helplessness, and worthlessness that last for over two weeks. Teenage depression can be difficult to identify because it often seems as if teens are just moody or rebellious. However, depressive symptoms in teenagers look different from those in adults.

Although adolescent depression is not immediately obvious to many people because of its elusive nature, it can still be diagnosed using the Diagnostic and Statistical Manual of Mental Disorders (DSM-IV).

Symptoms of Depression in Teens: The DSM-IV lists various symptoms of teen depression that can help doctors and psychiatrists diagnose depressive disorders in adolescents. These symptoms include:

Teenage depression may have a biological component in some teens. Most often, a chemical imbalance in the brain causes this disorder. However, genetics can also play a role in teenage depression. Children with a family history of the disease are more likely to be diagnosed with it themselves. Family problems, like divorce or conflict between parents, can also cause teenage depression. A teenager’s level of support in his or her family may play a role in whether they develop depressive symptoms.

Unstable family life or traumatic experiences can also cause teenage depression. Many teens who are victims of physical, sexual, or emotional abuse develop depression. The death of a close family member or friend can also trigger teen depression. Teens that experience a lot of stress, either at home or at school, are also more likely to develop symptoms.

Recent research suggests teenagers who engage at risk of depression, such as drinking alcohol or using illegal drugs, are more likely to have depression. This may be because a depressed teen usually engages in behaviors that cause social or family problems and thus contribute to depression.

However, psychiatrists typically treat teenagers with major depression by prescribing antidepressant medications. Therapy is also very helpful, but usually less effective by itself. A cure for depression does not exist at the moment, but many things can be done to cure or avoid depression. There are also many options for treating depression, but before getting into that, it is important to know the signs of depression. Teen depression can be one of the hardest forms of the disease to cure, but with the right resources and help, we can overcome it. Since teens are still maturing, their bodies and brains are also still developing. If they experience depressive symptoms at this point, it can lead to more issues as they get older.

Teen depression is different for every individual. Some may experience depressive symptoms, while others will not even show any signs of it at all. However, there are warning signs that parents should know, including changes in behavior and interest, irritability or anger outbursts, extreme sadness or crying, changes in eating or sleeping patterns, lack of energy, and a change in friends.

If teens are experiencing these symptoms, they must seek treatment as soon as possible. Treatment for teen depression often includes a certain combination of medication and behavioral therapy. Therapy can help depressed teens cope with the feelings that they have been hiding from others or themselves.