There’s no way around it: Banking is headed toward a future of digitalized services. This has many benefits, but also distinct downsides. Cyber attacks are nowadays a major concern for many companies, and mainly for banks, which are constantly looking for innovative cybersecurity solutions.

Lately, a company named Onyxia – which created a platform that aids cyber security managers to spot cyber attacks – announced it has succeeded in its fundraising campaign, and excitement is rising. This is good news on the cybersecurity front, but it is certainly far from being enough. What does the future hold for digital banking and loans? As importantly, how can privacy and security be maintained in the digital banking world?

“In the last decade, we’ve witnessed an influx of banking services shifting towards digitization. This trend is set to become increasingly dominant in our lives, and at an unprecedented pace,” said David Galperin, founder and owner of ‘Gil Group’, A group of companies in the field of marketing communications and media. “This shift unlocks many new opportunities for all of us, but is also set to summon quite a few challenges regarding privacy and online security.”

It’s not all about efficiency

Banking is expected to vastly change this decade. Some ‘traditional’ banks will survive, but most of them will need to transform into completely virtual institutes. New banks are likely to be 100% virtual right from day one.

Virtual banking means that data will be stored in a cloud. This will make services potentially faster (and safer) since they’ll be based on blockchain technology – the most updated internet interface. Speed will be furthermore increased by the use of AI-powered virtual banking assistants for payments, investments, and instant money transfers.

Speaking of money transfers, cash is likely to be seldom used (if at all), and so are credit cards. Banks are expected to push towards paying only with mobile devices, with an emphasis on wearable gadgets. Cryptocurrencies will have a much more prominent role at the expense of ‘regular’ coins.

Competition between banks will be fiercer. One can already witness how banks are competing over the hearts of potential and existing clients, by offering better and more diverse digital services. This can be done, for example, with the help of tailored packages, according to each client’s financial habits and activities.

However, efficiency isn’t the only parameter here. As consumers become more aware of their needs and possibilities, additional cooperative banks are likely to be founded. These will put pressure on all banks to focus on customer service, not just on efficiency.

Competition will be fierce

Galperin, whose company has developed a mechanism for digital loan interactions between banks and taxi drivers, has some interesting projections for the loan and mortgage market as well.

“The public’s shift from bank loans towards lending from nonbank companies is set to expand, especially when it comes to mortgages. We can see that even now, nonbank companies offer clients easier and quicker approval of mortgage loan requests,” he claimed. “Traditional banks are already somewhat behind, so it’s likely that competition will only get fiercer.” The same will probably be true for other types of loans, such as medical debt loans and student loans.

Another major change that is due to happen in the loan market is AI loan monitoring. This tool can potentially monitor loan takers’ finances, alert them if their loans are headed into trouble, or make suggestions to optimize the management of their loan. The bottom line is that loan takers will be more proactive and aware of their financial situation. 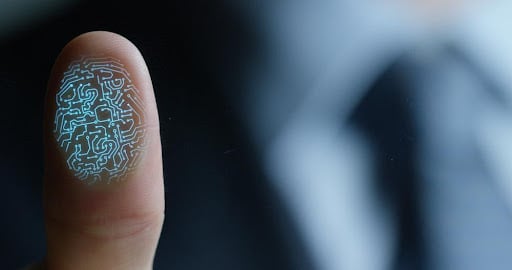 A necessity, not a perk

The pandemic may not have been the only cause for the shift from face-to-face services to digital ones. However, it made both financial institutions and their customers understand that digital services aren’t a perk, but rather a necessity. The rush toward digitization of banking services is set to experience quite a few difficulties when it comes to security and data privacy. Nevertheless, this train has left the station – and it won’t be stopped by old tendencies or bureaucracy.

Banks are well aware of the dangers of hacking and cyber attacks, and they are set to make substantial efforts to minimize these risks: To begin with, banking will be protected by AI. In addition, passwords and PINs are set to be replaced by biometric verification, using fingerprints and voice recognition.

“Many data theft cases occur as a result of careless use of sensitive information by the users, mainly due to lack of awareness or underestimating online dangers,” Galperin added. “Weak passwords, for example, are easy prey for fraudulent activity. Those who use unsecured networks to do their online financial activities expose themselves to phishing and login credential theft. These are only just two examples. All in all, it is the banks’ responsibility to raise awareness of these concerns among users, if we wish to benefit from the digital age rather than to become victims of it.”

Interesting Related Article: “A Career in banking jobs in 2023“