Tightness In US Trucking Market Will Likely Continue 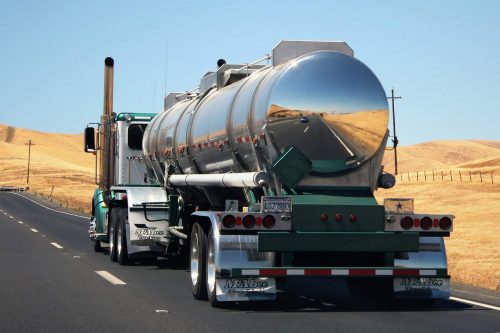 Over the past year, the United States freight industry has seen one of the largest truckload rate increases on record according to DAT Flatbed Rates. In the past twelve months spot freight rates have risen by almost 30%, driven by a strong economic recovery, a truck driver shortage, and increased diesel costs.

Higher freight rates add upward cost pressure to almost all goods manufactured and shipped – most freight travels on at least one truck during its journey from factory to store. Higher shipping costs are eventually passed along to the end consumer, which then manifests in consumer price inflation.

Other transportation modes have seen rapid rate increases as well. CNBC recently reported on a crisis hitting the shipping container market, whereby factories are unable to secure adequate container inventory to ship their goods. Container shipping rates from China to the United States have risen to an all-time high above $20,000 for a 40-foot container.

“These factors have turned global container shipping into a highly disrupted, under-supplied seller’s market, in which shipping companies can charge four to ten times the normal price to move cargoes,” Philip Damas, Managing Director at maritime consultancy firm Drewry, said during the CNBC interview. “We have not seen this in shipping for more than 30 years,” he said, adding he expected the “extreme rates” to last until Chinese New Year in 2022.

Higher shipping rates tend to push up other transportation rates including railway and long-haul trucking as customers are forced to find alternative solutions. Rail transportation pricing tends to be more stable medium-term because pricing is generally determined by long-term contracts set on an annual basis or longer.

A recent report by Equipment Radar suggests that components shortages will cause additional production downtime at heavy-duty truck manufacturers, which will lead to higher new and used heavy-duty truck prices. The report cited data from ACT Research showing that orders are almost twice the current truck production rates – the largest gap on record for the data series going back 20 years.

Used truck prices have risen meaningfully over the past year, in tandem with higher freight rates. Long-haul truckers’ profitability increases when rates rise, which then adds more demand for new and used trucks. In addition, manufacturing costs have increased because raw commodities have meaningfully higher over the past 18 months – steel and copper both increased by about 50% since the beginning of 2020.

Truck manufacturers including Peterbilt, Kenworth, Volvo, Freightliner, Mack, and International took unplanned production downtime this summer as a result of the semiconductor shortage. Most noted reduced supply chain visibility. ACT Research stated that the supply challenges have continued through the middle of September, which has forced manufacturers to cut their production forecasts further. The new production cuts extend for the remainder of 2021 and into the beginning of 2022.

The Equipment Radar report noted that truck prices follow basic economic supply and demand forces, which means the used and new truck market could remain tight into 2022. The report highlighted the cyclical patterns of the semiconductor industry, and the potential for the chip shortage to worsen before it gets better as many industries from automotive to aerospace compete for the same semiconductor chips.

In April 2021 a group of 117 organizations representing all levels of the US supply chain sent a letter to transportation leaders in Congress urging passage of the DRIVE-Safe Act to help address the worsening shortage of truck drivers.

The letter stated, “According to a recent estimate, the trucking industry needs an additional 60,800 truck drivers immediately—a deficit that is expected to grow to more than 160,000 by 2028. In fact, when anticipated driver retirement numbers are combined with the expected capacity growth, the trucking industry will need to hire roughly 1.1 million new drivers over the next decade, or an average of nearly 110,000 per year… And as a result of the already crippling driver shortage, companies in supply chains across the economy are facing higher transportation costs, leading to increased prices for consumers on everything from electronics to food.”

Equipment Radar noted that it is seeing an increased interest among heavy-duty truck buyers as higher take-home pay increases the attractiveness of starting an owner-operator business. Despite the higher interest level among new drivers, it will unlikely be enough to cover the projected driver shortage through 2028.

The trucking industry has struggled to find enough drivers over the past decade as more workers prefer to work local jobs that do not require extended travel away from home. In addition, a strengthening construction market (driven by positive residential and non-residential construction trends) often competes for a similar pool of workers to fill new openings.

Interesting Related Article: “Trucking: What You Need to Know“