Tips and Tricks for Hitchhiking with College Mates 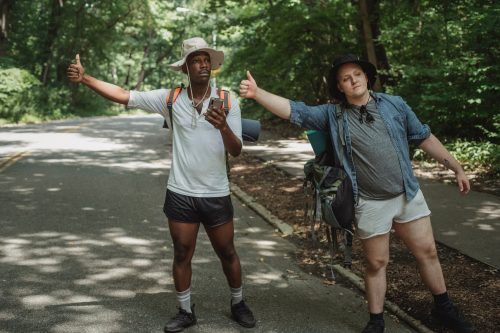 College can be pretty stressful.

These are just two examples of some of the general looney things that go on in the life of a student that makes a person just want to throw the towel in.

On top of it all, there’s that dreary walk that needs to be taken back home after all the shenanigans that have gone on during the day.

But what if a student doesn’t want to walk home?

What if their legs just don’t feel like going through that strain after having to walk all around a large building all day and deal with all the usual madness a college day involves?

The next thought after ‘walk’ is probably ‘drive’ correct?

But what if they don’t know how to drive?

No, stealing the car from a fellow student and trying to use quick driving lesson videos from YouTube to get some know-how on car operation isn’t an option.

Sure it probably would work in a world like The Pirates of the Caribbean,  but not in real life guys (not without judicial consequences anyhow).

Instead, read this article and get a feel of just some of those suave and sophisticated ways a person can use charisma to get their college mates to give them a free ride.

A little boring compared to the modern-day Pirates of the Caribbean idea.

But hey, Jack Sparrow himself would probably consider doing it this way when push came to shove (after all, the chance of arrest and certain death would be at an all-time low for him).

Something that would probably be a nice change of customary events… 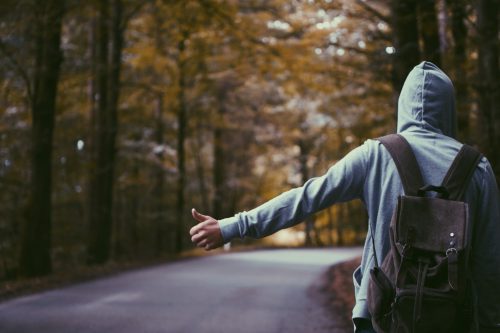 Offer to Buy Them Some Food or Beverage

Food and beverage, now what peer wouldn’t consider giving a free ride when these are offered?

Consider vouching to buy a specialty of theirs that they don’t usually have except on special occasions.

Remember there’s a wide variety of shops to choose from:

Or you can treat them with a trip to some of the more respectable establishments provided you have the budget to cover the bill.

Ask Them Just Before the End of The College Day

Now here’s a trick that’s bound to work (however, it would work best if already familiar with the college mate).

When fatigued from the rounds of the college day people tend to get a bit more loose and free with what they will give and what they won’t.

Even if the college mate is just that guy or girl at the back of the classroom to which not even a single conversation has been attempted or ventured into, just try.

Put on the nicest demeanor possible and if they have a car – ask for a ride.

It would probably be best to think about doing one or two helpful things for them during the day beforehand (just don’t overdo it and give the impression of an absolute nutcase of a stalker).

That would ruin the entire thing, wouldn’t it?

Offer to Pay for Fuel

Now, who wouldn’t want to offer a ride to someone that says they’ll pay for the fuel? When easily earned money is in question, most if not all students bounce at the idea.

This trick is especially handy to whip out if your college mate is on the verge of declining from offering the ride.

Money does tend to get most people to do anything these days, doesn’t it?

Offering to pay for fuel or finding some other way to bring material benefits into play is always a neat trick to consider.

This will definitely be a fun and exciting one to try. Make a bet with a free ride in mind.

A game of sports, some kind of drawing competition, a test of endurance… Choose the turf for the activity then make a bet that the person who loses has to do something for the victor.

Agree to Do Their Homework

Well, this one won’t be as fun and captivating as the last but it’s worth a shot.

Homework has never killed anyone, so you can offer to do the college mate’s homework for them in exchange for a free ride home or wherever the desired destination may be.

Perhaps a deal could be thrown in there like ‘three pieces of homework for two free rides’.

In this article, some of the most effective tips and tricks for hitchhiking a ride with a college mate have been pointed out and looked into. However, this is by no means an extensive list.

Feel free to get creative and experiment with various tactics to figure out what works best for your particular situation. There’s a whole bunch of techniques to try, just think hard and always keep that hitchhiking thumb pointing up.