In 2019, in a middle school workshop on comics, when being asked about the students’ favorite comics, half of the class shared the same answer – webtoons. Being launched internationally in July 2014, Webtoon, a Korean comics platform with funding from Naver Corporation, has gained millions of readers since then and become one of the biggest and the most successful comics platforms around the globe. 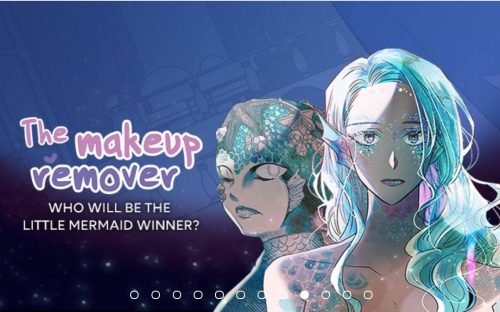 To be able to understand what a Webtoon is and where it comes from?  Go back to the time when Korean Manhwawas banned from production and distribution, when the authoritarian government considered it a luxury.  After 3 decades of being banned, Korean Manhwa has gradually grown again, thanks to active investment by technology firms, Manhwa has combined with mobile technology to create Webtoon.  An important nucleus in the Korean entertainment industry.

Not only Manhwa Webtoon but also the Korean entertainment industry also has giants in games such as Nexon, Ncsoft or Gamevil.  Many top-notch games such as spiderman games, batman games, superman games, ben 10 games have been produced for famous brands for Marvel or Dc Comics.

It is easy to realize that Webtoon readers tend to choose comics with promotion of healthy communication and self-acceptance, unlike Youtube-drama channels or gossiping Tiktoks. Data show that the majority of Webtoon readers age from 16 to 24 and most comics on Webtoon are optimized for mobile applications. The biggest plus point of Webtoon is that all comics are free and accessible for everyone. There are different ways for creators to earn money from Webtoon. Some get commissioned and paid by Webtoon for creating “Originals” for the platform; some earn through services like Patreon while others allow readers to pay for early access to new episodes.

Webtoon also leverages Facebook and Instagram – two of the most popular global social networks, to reach the audience worldwide through its extremely effective promotion campaigns. As an application, Webtoon also pays attention to users’ experience by boasting a seamlessly polished interface. The comics are also optimized for vertical screens and users can scroll through a series jut like any other feed. Plus, a notification will be pushed by the Webtoon app to notify users about the new chapter coming out and to make sure that they will come back to read it.

Like other streaming platforms, readers on Webtoon can find breaking down hit series by genre, by age and gender. Themes that come up regularly on the Original Webtoon subgenre include self-esteem, self-respect, and self-confidence; in which the characters learn how to change the way they treat themselves and others and how to improve their situations. Among those comics, a few can be featured such as Cursed Princess Club, The Four of Them or Nice To Meet You, etc. At the same time, hot topics like deconstruction of cosmetics and beauty culture have helped Webtoon gain its popularity. For example, The Makeup Remover by Lee Yelon, highlighting different ways that the characters approach beauty and makeup culture, has gained nearly 800,000 subscribers since its first release in September 2020. The protagonists in these comics all take actions to change for a healthier, happier, and better life; that readers can emulate. On the other hand, Webtoon still has many other popular subgenres such as dark, dramatic romances, boys love, girls love , light novel with messy relationships for readers’ wide selection.
Webtoon, with hundreds of original comics, both translated from Korean or English-original, is currently one of the biggest and the most successful comics platforms in the world.  Part of its success has been following audiences who prefer reading about kindness and empathy and promote positive messages about becoming a better person, other than reading about disasters.