All the way back, since WoW has been launched, the game has seen enormous popularity in the gaming world, connecting and creating good memories for millions of people. But the game has been going strong over all this time, releasing expansion after expansion with new bosses, raids, and loot for the players to collect and enjoy. Though not every expansion is the best, as some have their feats with better storyboards, game mechanics, and raids to show off, while other expansions lack in some sectors. With the newest expansion release at the moment being the Shadowlands expansion with its final raid as the Sepulcher of the First Ones, people have been looking forward to a Sepulcher of the First Ones boost and reminiscent about the old expansions. So here we will explore the top 5 expansions that have ever been released in WoW! 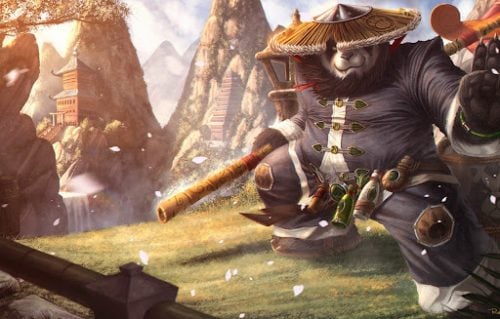 The Mists of Pandaria expansion may not be the best expansion someone could ask for, but as far as clean expansions with set ideals and clear raids go, the Mists of Pandaria offers a unique experience to the players. Though we have to mention the Siege of Orgrimmar, which had its pros and cons because as you progressed through the raid, it got more interesting with each major point reached. But the raid takes too long, even with mastered game mechanics it took teams up to 4 hours to finish it.

We will not forget a unique mechanic that Mists of Pandaria introduced us to though, which unfortunately was never brought that. That feature was people being able to grow their own crops and farm on the Tillers in Halfhill. Being active all the time on the battlefield, this unique mechanic introduced the players to a little bit of peace and prosperity.

The Cataclysm expansion was the third ever released expansion in WoW. Some players may not consider this expansion to be the peak of WoW, but it surely has secured its place in the hearts of many as a nostalgic expansion. This expansion set out to change the whole world of Azeroth by collapsing it in on itself and building it anew. Most notably in this expansion, the level cap was increased to level 85. With this, a lot of players, especially grinders, looked up to become the best of the best in WoW and reclaim honor yet again!

Introducing new questlines, raids, races, and a pretty decent story with the evil dragon aspect Deathwing, the Cataclysm expansion made a big leap and proved to be overall successful in WoW.

Although the Shadowlands expansion is the newest addition in WoW, we have to take a look at all the plusses it has accomplished in the game. Shadowlands is the eighth expansion released in WoW. We can see an occurrence with each expansion being set in Azeroth. The Shadowlands and The Burning Crusade expansions are the only exceptions at the moment which feature adventures beyond the world of Azeroth.

With extraordinary loot, excellent game mechanics, we can see why Shadowlands has started to set its place in the hearts of many. Though some of the raids can be long, that does not lower the enjoyability down of the Shadowlands expansion a lot.

Though a hard choice, the second to last on our list for best expansion has to be The Burning Crusade expansion. As we mentioned previously, this expansion takes the players on adventures outside your normal Azeroth. Being the first original expansion released for WoW, this was an instant hit among players. It introduced new races to the player base: the Blood Elves and the Draenei . Most notably, this expansion included one of the best features that WoW has ever seen, and that is flying!

A lot of features had been added to WoW in The Burning Crusade expansion, which pose as a pillar to new features coming out or serve their original purpose even to this day. This expansion will totally go down in the history books and be remembered in WoW. 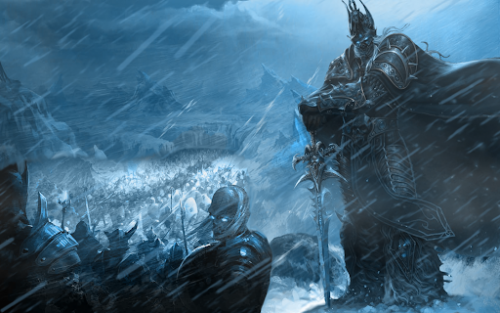 1. Wrath of the Lich King

If you are an old-school WoW player, you probably have seen this expansion being first from a mile away. And oh boy how did the Wrath of the Lich King expansion shake the grounds upon which WoW was comfortably placed! Being the second expansion to be ever released, it had everything for everyone, from lore fans of WoW, to loot grinders, to excellent raids and much more!

We should also note that one of the most memorable classes was introduced in this expansion: The Death Knight. This class proved to work as a DPS class or as a tank with the auto-healing abilities it provided. And as a final and closing touch to the Wrath of the Lich King expansion, how can we forget one of the best, most memorable, most nostalgic final fight ever in WoW: the battle with the Lich King himself!