Top 5 Languages to Learn for Business 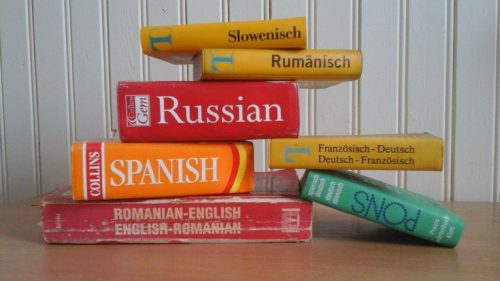 Just a few decades ago, getting around in Business needed only one language: English. But oh, man, how the days have changed. The planet is flattening out, and new global superpowers are emerging.

Even though the ability to translate another language is available, you still need to know the main business languages to grasp technical terms, acronyms, inferences, metaphors, and sometimes slang. I am sure after some decades; we will have technology that will be able to translate another language into the head of humans without putting it in a translator. But for the time being, you’re on your own.

If you are willing to learn any of these languages, UpSkillsTutor is here to back you up. UpSkillsTutor is a Nigeria-based platform where you can pick any language you want to learn and conveniently find the perfect tutor for yourself. As a result, you will find one in either your locality or anywhere in the world. The platform provides you with many options to facilitate you to probe into the world of numerous learning choices with utmost reliability of resources.

“You can never understand one language until you understand at least two.”

Mastering a language will do more than help you succeed in marketing and dealing. Here are some of the best languages to learn for Business.

The demand for English in Business

English is and has been of use in the colossal Business engaging countries globally, including America, Australia, England, India, etc. It is by far the most used language worldwide, including its native and non-native speakers. It drives innovation and ideas in the present world; hence, learning this language is critical for successful Business.

Learning the country’s language that possesses the biggest economy in the world is 100% going to be immensely profitable. The world’s massive enterprises are located in China, and learning their native language, I.e., Mandarin, will be the ultimate underpin in the big leagues.

Considering the language on the rise right now concerning population, you might want to master the one and only Spanish. With its growing population globally, more than three-fourths of the US population alone speak Spanish, including Latin America and obviously Spain. This concludes a sizable number of people across the world that speak Spanish.

German Influence on the Economy

Germany was ranked not only Europe’s most powerful country but also the number one country for entrepreneurship. With its fast-evolving tech industry and eCommerce, Germany is the ultimate economic powerhouse at Europe’s heart. German is not only the native tongue of Germans, but it is also spoken in Austria and Switzerland, I.e., one of the wealthiest countries to get involved in Business with. This makes it one of the most valuable languages to learn in the world.

Portuguese is the dominant language spoken in the second-largest fuel producer of the world, Brazil. Brazil is an excellent trading hub with its vital agriculture, and exceptionally great market opportunities are ideal for thriving business ventures. It had to be in our list of top five languages for Business unquestionably.

Businesses are expanding swiftly, and communication is critical for the actual deliverance of your message. As interaction with other cultures and countries increase; so, will the demand for acknowledgment of their origins for mutual respect and honor. This can only be bridged by learning these native languages to proceed in your Business.

Interesting Related Article: “The Importance of Translation in Business“