Top 5 most profitable casino games of the Asian gambling mecca

In Asia, gambling has always attracted people. Macau is rightfully considered one of the main capitals in the gambling business all over the world. This city welcomes thousands of players from all over the world every day, which will allow them to experience an unforgettable feeling of excitement from playing their favorite games, which will certainly be found in this paradise play corner for self-sufficient people. Macao’s gambling revenue in 2020 was more than 61 billions Macau patacas (or more than $ 7,5 billions). That’s why this city was given the status of an asian gambling mecca. The information for this article was prepared by a gambling expert of the web project Slotsspot – Vitaliy Coleman. 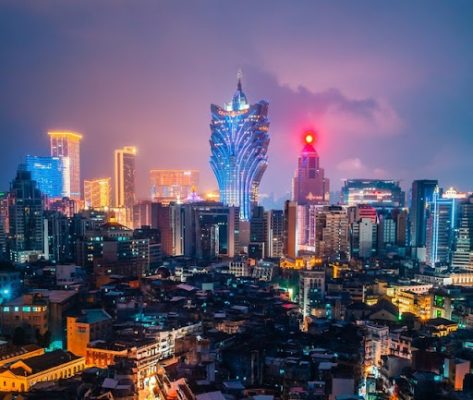 Why has Macau become the asian capital of gambling?

Gambling was legalized in Macau back in 1947. This fact is remarkable in that the official adoption of gambling took place as much as 84 years earlier than in all the famous Las Vegas.

Since gambling is traditionally popular in Asia, the number of casino customers in Macau has been very high from the first day they opened. Clients often did not have the money to gamble in these gambling houses, so the owners met them halfway and offered to play on debt. In the event of a loss, the player worked out the debt abroad, so considerable cash flows filled the piggy banks of the developing Macau gambling houses.

The gambling industry developed, foreign investors, including those from the United States, began to invest in it. Nevertheless, the gambling business in Asia has its own specifics. Some of the popular games here are little known in America.

Below are the most profitable casino games for Macau’s budget. The statistics are courtesy of the business data platform – Statista.

Simple not from the point of view of the game, but in terms of the number of layout options, classic Mahjong is, in fact, an example of a puzzle. The history of this game began in ancient China.

According to the rules, the player is invited to remove all the tiles from the game table, combining them with each other based on the similarity of the pictograms depicted on them. Only two tiles with identical patterns can be removed in one move. The main condition that should be followed when choosing is the requirement to use only tiles that are not covered by others. In other words, you cannot take bones from the middle of the pyramid, since the neighbors close them tightly to the right and left. Tiles located at the edges are used. There are also more complex, multi-level versions of Mahjong.

In the game, a situation often arises when you have to choose which dice to remove first, or think about which of the available pairs to choose at the moment. In large layouts, this is important, because, in the event of an incorrect decision, you risk being left without possible moves at some point, which means the end of the game.

In the gambling version of Mahjong, each player makes a bet. One of the combinations is considered to be winning. The dealer is determined by rolling the dice. The winner and the main prize is the one who folds the winning combination first. Thus, Mahjong is a game of chance that depends little on random luck. An analytical mind and a well-chosen strategy are important in this game. It is no coincidence that in ancient times this game was very popular among generals and military leaders.

4. Roulette, which involves betting on a spinning wheel

Roulette consists of a real or virtual table with a field (table for placing chips) and a rotating wheel. The wheel contains red and black cells with numbers from 1 to 36, as well as one or two zeros (0, 00) on a green background.

The gambler is the opponent of the casino. The goal is to guess in which cell the ball will stop moving. The round begins after the previous chips have been cleared from the table and paid to the winners.

As soon as the ball stops moving on the wheel, the dealer marks a sector on the table in accordance with the drawn number. Chips with unplayed bets go to the casino’s income, and winnings are paid out on all winning combinations. In online versions, the designation of the number and payments are made automatically.

There are dozens of roulette varieties in online casinos, but there are only three basic types.

The history of the Sic Bo board game has its roots in ancient China, where it was popular for centuries. At the beginning of the 20th century, Sik Bo was brought to the United States by immigrants from China, where it quickly took root in gambling establishments of that time. Nowadays, it is difficult to imagine at least one well-known online casino in Macau without the Sic Bo game.

The game is played with three hexagonal dice. On each edge, there are dots indicating numbers from 1 to 6. Each time before throwing the dice, the player places bets on the gaming table.

In each game, three dice are thrown, and the players preliminarily place bets on the numbers of the faces that will appear in this game. At the same time, players place their chips on numerous sectors of the playing field. The sectors correspond to different types of rates.

When the bets are made, the players are informed that the acceptance of bets is over, and the drawn numbers are shown. The winning sectors of the playing field start to light up. The winning chips located on them look quite impressive.

Then the playing field is cleared of losing chips and the casino pays the winning bets. After that, you can place bets on the next game.

The opportunities for bettors in Sic Bo are great – we are talking about fifty ways to place a bet.

The essence of the game is to guess the amount of points dropped on three dice. In addition, you can predict the fallout of combinations or single numbers on one or several dice at the same time.

In real casinos, a slot machine is a case with a bill or coin acceptor, while on the Internet it is a website page or a special plugin.

As in a real casino, on a gambling site, in order to start playing for money, you need to make money bets, that is, to deposit certain funds .. Today it is very easy to do this, you just need to follow the instructions.

Speaking about the structure of slot machines in clubs on the Internet, one can assume real casinos, the principles of their operation are almost the same. You need to be careful when choosing a most trusted online casino. For example, on a number of Asian gambling sites, including those owned by owners from Macau, you can first try playing for free. This is a unique opportunity for novice gamers to learn and understand how this slot works.

After replenishing your casino account, you can launch a gambling slot. The “Start” button is pressed after selecting the size of the bets. And here it’s all about the random number generator, it is his work that determines your winnings.

The filling of a slot machine is, in fact, a small computer program. The information determined by the generator is displayed on the screen of the slot. The drums turn and stop. And then the player sees for himself whether he won or not. If you win, the machine credits money to your account, this happens automatically.

It is important to remember that all the results of the game are decisive indicators of random numbers, it is impossible to fake them or somehow influence them. Every second, it generates millions of numbers that become the results of spins.

Another advantage, which is only in a virtual institution, is free spins. The slot machines themselves give them to their gamers to make their excitement even more authentic. As soon as you press the “spin” button, the program spins the reels and converts the results of the generator into a win or a loss. Automatically stops the reels and displays the results on the game screen.

There are modern three- and five-reel slots in casinos, which have the same principle of play. They differ only in the lines that are in each reel. The gambler can choose the number of active lines himself, the chance of winning directly depends on this.

The number of symbols from which winning combinations are formed is also different. In some Asian slots, their number reaches 256.

The larger the prize, the less likely it is to receive it. An example is the Heart Triple Diamond game, where there is a 1 in 12 chance of getting a regular win, but only 1 in 649,400 chance of winning the grand prize.

The geographical origin of the Baccarat game has not been established. Spain, Italy and France claim the right to be the ancestor of the game with equal chances, where the game was especially popular among the noble people of the Middle Ages.

During its development, Baccarat changed cards (in the Middle Ages they used the Tarot deck), the social status of the players, and even ceased to be exclusively real. Modern developers of gambling software have filled the virtual halls of web casinos with game simulators. Now Baccarat is popular not only in Europe but also in Asia.

The original version of the game is played without the participation of the dealer. Baccarat allows any number of participants, the main thing is that there are enough cards. A standard deck is used when dealing. It contains 52 cards of four suits without jokers. The game is rarely played with a single deck; in the classic version, several are used, up to 8 blocks.

Each player receives a pair of cards and independently decides whether to take another one. This is the fundamental difference between the original Baccarat and its casino varieties. Gambling clubs, regardless of whether they play Baccarat online or real, establish the rule of the third card. It regulates who (gambler or banker) and in what cases can receive an extra card.

The scoring rules are relatively simple. Bacarra cards have the following “digitized value”:

The winner is the participant with 9 points. If there are none, then the player with the result as close as possible to the nine wins. There is no overkill (similar to playing blackjack) in Baccarat. Any amount over 9 points is reduced by deducting 10 points. There are other versions of this game based on the same principles.

It can be concluded that there are centuries-old gambling traditions in Asia. And today, in addition to the games popular all over the world, there is specific Asian gambling entertainment. Some of them are so interesting and attractive that in the near future they can seriously compete with modern virtual gambling in the United States.

Interesting Related Article: “How can I win at baccarat online?“