Top 5 Picks For Streaming Sticks And Devices for 2021

The world around us is transforming. All hail to technology! 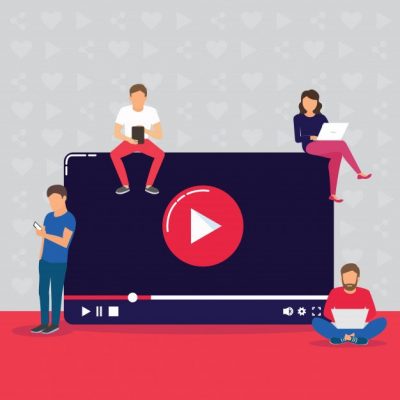 These days, instead of going for a cable subscription, we stream on tech devices. And since we are still bound in our houses in lockdown, streaming devices and services are our saviour.

When we talk about streaming, it is a known fact that you can find a plethora of high-quality programs. Of course, the simplest way to enjoy these programs is on television and several devices that let you access your channels anytime you want.

But there are few points to check before purchasing a particular player. First and foremost, make sure the streaming system you choose supports the applications you use every day.

While the most common services, such as Netflix and Disney Plus, are enabled by nearly all entertainment players, some platforms are not. In such cases, you can always use some tips and tricks to jailbreak your Amazon Fire TV stick (If you are using it) or any other stick that you are using, for that matter.

However, we will now dig into the subject and list the top streaming devices that one can use in 2021 with updated content.

The Amazon Fire TV Stick 4K features 4K and HDR playback and support for the more powerful HDR10+ and Dolby configurations. Since the Amazon fire tv stick is slender, like other streaming sticks, it fits nicely into the HDMI jack at the back of any Television. It also includes an Alexa audio control with play, pause, stops volume up or down, and other functions.

Netflix is compatible with the Fire TV 4K. And YouTube, Disney Plus, HBO Max, Prime Video, Hulu are also among the popular streaming services that Amazon TV stick streams.

Amazon TV stick 4K is pretty affordable but does not support Google Play, Vudu and certain other streaming channels. Still, it is not a thing to worry about since you can jailbreak your Amazon Fire TV stick to enjoy these services.

To ensure optimal streaming on your TV, the streaming stick has a fast processor and 802.11ac Wi-Fi. You should be fine as long as your Wi-Fi is working.

The 2020 Roku Ultra is the product to get if you want the highest possible output from a Roku device. The Roku Streaming Stick+, on the other hand, is the best bargain.

For $50, you can have Roku’s user-friendly interface as well as a subscription to over 5,000 streaming platforms. Yes, HBO Max and NBC’s Peacock are included as of late November 2020. The Stick+ is capable of 4K and HDR video streaming. It has the strongest video service search feature of all streaming devices, just like most other Roku devices.

It’s also simple to use the remote, which now includes a TV volume and power switch. You can monitor your spectator experience almost anywhere in your home owing to its Advanced Wireless Receiver.

The Chromecast Google TV also includes Google with the Android operating system and around 6,500 latest Android games. However, its best advantage is that it does not require you to jump from service to service to find your show, as do other streaming devices.

Chromecast will show many of your favourites shows from all of your streaming platforms on a single screen on Chromecast Google. It’s a fantastic feature.

Lastly but not all, Chromecast has a $49.99 retail value. This new Chromecast allows for remote control of sounds with letting you customize streaming priorities.

The Roku Ultra, which retails for $100, includes all the Stick+ does and more. On compatible TVs, the Ultra supports Dolby Vision and three-dimensional audio Dolby Atmos acoustics in addition to 4K and HDR. You will get the best possible streaming experience if you have aA suitable tv, sound system, and video content.

Dolby Vision offers a significantly superior HDR performance than standard HDR. Dolby Atmos is a surround sound format developed by Dolby. Roku Ultra goes above and beyond Dolby Digital’s 5.1-channels by including “height” audio channels for added fun. You can only feel this if you have a home cinema audio system in place to do it. To accomplish this, the Ultra would be the most cost-effective part of your home theatre.

For a great high-speed Wi-Fi link, the streaming system supports 802.11ac. If you prefer the convenience of a wired network link, it also has an Ethernet and a USB port. You can use it to watch your own video library by connecting an external hard drive or a Network-Attached Storage (NAS).

Alexa is integrated into the Amazon Fire TV Cube (2nd Gen). This version of the Fire TV Cube, which costs $120 on Amazon, is quicker and more efficient. 4K, HDR, Dolby Vision, and Dolby Atmos are also supported. It’s one of those few gadgets that can use Samsung’s HDR10+ technology.

The Amazon Fire TV Cube and the other Amazon Fire TV units also support YouTube and its TV.  It will even let you swap HDMI inputs, and even change cable channels after adequately setting it up, thanks to Alexa.

For a while, Amazon and Google were at odds. Although Amazon Prime Video was available on Google devices like Android TVs, Google-based content was not available on Fire TV devices.

As you would expect, the Fire TV Cube shines when it comes to voice activation with no particular need for remote control.

Streaming devices are here to add to our daily interactions with art and music. There is a wide variety, but we picked the top ones based on our encounter with them with hopes that you may try out one of these. Enjoy streaming!

Interesting Related Article: “Netflix is the most used platform for TV entertainment among US adults“