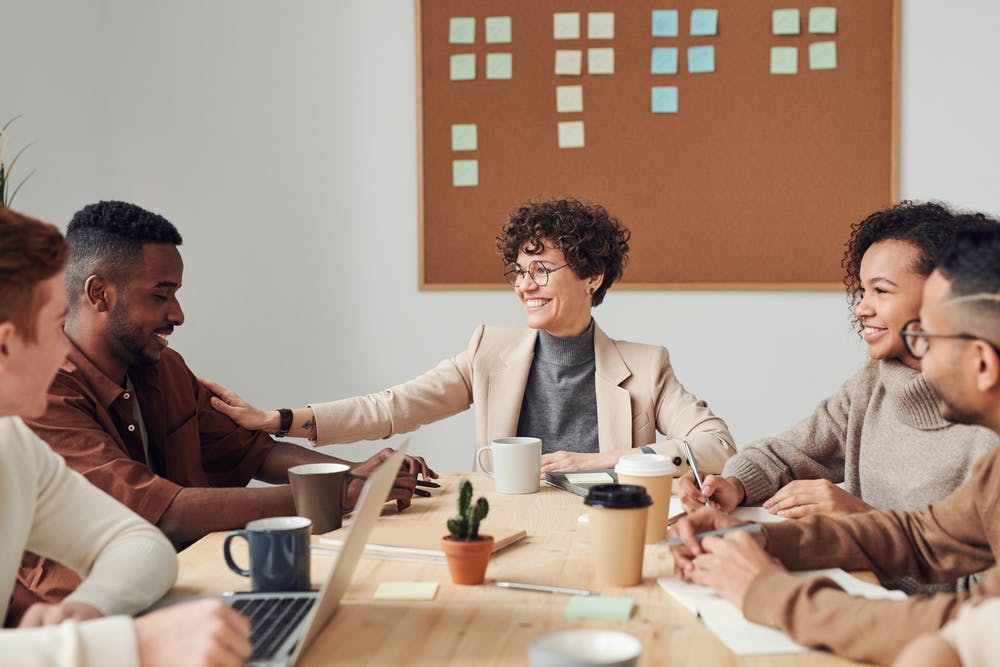 The world has gone to hell in a hand basket. And businesses that do not react to the current cultural climate risk losing brand loyalty, customers, revenue, and employees. Not to mention actually being unethical. Your business whether large or small would do well to incorporate a robust ethical policy of true ethics (or at least appear to). But what is actual ethics? Read on for a very simple but accurate description and the top 5 reasons you need to implement it.

Very simply, when you strip away the academic jargon, for an ethics simple definition, think of it this way and this way only: ethics is doing good things. And stopping bad things. Egg heads will tell you that Ethics has to do with rules, duties, moral responsibilities, blah, blah, etc. This is wrong. Ethics has to do with facts about what is gooder or badder. That’s it. Seek the gooder, avoid the badder, and you win. I mean actually doing good for people. Helping their life, as they find it. Doing positive things. And avoid causing trouble, or bad things. Don’t make it worse for anyone, in fact make it better for as many people possible. This is ethics.

With that in mind of what ethics truly is, what are the top 5 ways your business needs to incorporate actual ethical activity. Like this:

1) Eventually people will realize optics is NOT ethics (ie: virtue signaling is not true ethics)

Right now the world is deluded into thinking that appearing ethical is being ethical. This delusion is as old as ancient Greece.  In Plato’s Republic, one of his characters argues with the protagonist and mega philosopher (and total bad ass rebel) Socrates that “ethics is appearing good in public, but being cut throat and ruthless your enemies in private.”

However, Socrates expertly questions this CEO /  virtue signaler into tongue tied knots. The upshot is this: appearing ethical is not enough to be truly ethical. Appearing to do good things but doing increasingly bad things will eventually, inevitably, crash all around you. There are not enough press releases you can release to convince people you are good when you have done so many bad things. (Just ask Bill Cosby). And with all the other hurtful actors in our society right now, people have had enough. They are extra vigilant to find those causing harm to out them and take them down: your business included.

For that reason you really, really want to be conducting your business with the most real, factual, palpable help to other people. Or at least, maximal sensitivity to what might actually, truly hurt them (like bad chemicals or bad policies etc) and remove those as fast as possible from your products and services.

Do stop trying to appear woke and signal your virtue on social media as it is a fools gambit that wastes time and money. Instead, adopt actual ethics and you are beyond reproach when people come to their senses and realize through pain what is truly better, and worse.

2) Eventually people will notice you hurting them, won’t they?

As mentioned above, any business that continues hurtful or negative practices will inevitably be noticed and outed on social media. This can have a devastating affect on your business: as in it tanks it. Public opinion matters, and recent technologies have made it as easy as possible to rate, review, and comment upon your business in a very vocal, real way. You can try to hide your hurtful, negative, trouble causing practices as much as you like: if history has shown anything it will inevitably come out. Governments are going to become more stringent against these practices as public opinion demands swift action on the local, municipal, and even federal levels. Other businesses too will notice competitor’s actions and out them surreptitiously, or directly as a token of (perhaps the only proper version of) virtue signaling: true virtue. That is to say: we do not hurt people, but this competitor does. In fact, if you understand true ethics, informing people of and helping them avoid evils, is truly ethical. Not tweeting out how you decided to do a token gesture that actually does nothing.

3) Eventually you will feel guilty… yes you. Or your employees will.

What is the inevitable conclusion of conducting unethical action (ie doing negative things, hurting people) over the long term? Why, it tends to make the human species (evolved to be social beings) guilty. Very guilty. This causes stress, shame, depression, burnout, inter-departmental quarrelling, unethical internal actions towards each other, increased turn over, and all the mental disorders that CEOs and stakeholders are scratching their heads in how to fix. Well it ain’t rocket science: stop making your employees do crappy things to people. Stop being crappy people and making your good employees become crappy people, while pretending you are ethical because you wrote it in a manual somewhere. Nothing kills a company like hypocrisy. Pretending your company is ethical, but not actually giving a crap about anyone, kills a business eventually. It is a cancer and causes all, yes all, of the problems mentioned above. (And you, CEO, yes you… you will burn out too. As Plato’s CEO admitted fully, he was wracked with guilt at the time of his death and wished he had lived his life differently, ie had not been so unethical to his enemies and then inevitably, become a monster also with his family and children). No one loves an a$$h0le. Your wife is lying to you (or is an a$$h0le herself). Don’t be a cautionary tale as old as time.

4) Eventually your business will self-destruct (No? Ask the USSR)

And what, pray tell, happens when we allow our business to be a hurtful machine cutting people externally and internally as we go, well eventually that machine stops working. The more corruption politically and in terms of one’s soul, the more burn out, the more nihilism, the more the business will sputter along until it dies or is out competed by a leaner, more ethical, positive, rising star of a business competitor. It is very simple, corruption is a cancer that kills organizations. A business that customers do not want to buy from, and workers do not want to work at, loses money and then stops working. Period. It is just a matter of time. And eventually this leads to….

5) Eventually the world will self-destruct (No? Look around you, assuming you can see out your window through the endless chain of unprecedented climate disasters)

The more world actors that are corrupt, the more the world becomes corrupt. The more actors who act unethically; pouring poison (both literal and figurative) into the environment, that environment will eventually, inevitably, break down. No? Ask the earth: how well is she doing right now? Don’t believe in that, fine. Ask your body. How much booze can you pour into it before you die? Yes, there is a limit. Has the human species not learnt yet that endless unfeasible, bubble after bubble is unsustainable in the long term? The business world seems to think this is business as usual. And they are right. This is unethical, capitalist, business as usual: make as much money as we can before our actions directly or indirectly kill the system and then we run away and hope we aren’t destroyed until they make another economic system and we corrupt that one too. This is not good. This is not optimal. This is not ethical. This will eventually be noticed. It is short-sighted. Businesses have adopted the lofty modus operandi of meth-addicts: get that money (the meth) into me faster than necessary, even if it kills me, my family, my house, my everything.

This is not sustainable profit growth. You will inevitably fail if this is the way you conduct yourself. And if everyone is conducting themselves this way, then everything will fail. Yes, it can happen and has happened to basically every single society we have tried up till now. They are all destroyed by corruption within or war without. Why will this time be any different?

Don’t worry if you do not believe me, your business will go out of business long, long before that. The less secure your society is, the higher chance of your business failing.

So as you can see, on all levels, as Plato taught over two millennia ago, all businesses would do well to implement actual ethics. And those businesses that stick to true ethics, will win in the end. And win in the ethical way, too. As it should be.

You may be interested in: Top Technologies Transforming the Workplace Setting