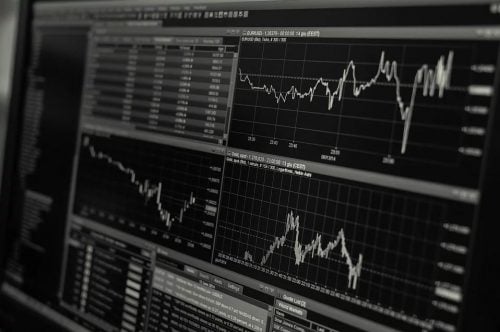 The Best Performing iGaming Stocks to Invest In

Coined in the early 2000s, ”iGaming” is an umbrella term that encompasses various types of online gambling. Unpredictable, experimental, and fast-paced – iGaming is perceived as a young and unprecedented industry. Although the association of the term is generally made with online casinos and online poker rooms, iGaming also incorporates esports betting, sports betting, cryptocurrencies, and binary trading. Among these, the largest share of the market is claimed by online casinos and sports betting.

You’ll also find that online casinos and sportsbooks are the most ideal gambling companies to work in during a pandemic. This is especially true when we look at how many land-based casinos around the world were hamstrung in 2020 and are still waiting to open their doors. As we move into the future, an online presence is vital for success which is also why these mentions below are crushing it.

The combination of two facts that DraftKings had its initial public offering last year (2020) and it is an online company is enough to consider it as one of the growing icons of the betting industry. Even after the global lockdown, its assets were rising sharply. Besides sports betting, it also offers a wide array of services such as online casino gambling and distribution of casino gaming products and casino gaming platform software, which in turn allows it to maximize profits and reduce risks. And what’s more? It has a partnership with ESPN and the Company’s board has taken NBA legend Michael Jordan as a special advisor. It also recently penned a deal with the NFL to become its official sports betting partner.

Ahead of Wall Street forecasts, this online gaming firm has reported fourth-quarter results with revenue of $322 million. Compared to $131 million during the same period in 2019, it’s an increment of 146%. This unanticipated positive outcome was provoked by a 44% surge in monthly unique paying customers entailing the figure of 1.5 million, along with a 55% leap in average revenue per player. For 2021, DraftKings is anticipating revenue of $900 million to $1 billion up from $750 million to $850 million.

“We are raising our revenue outlook for 2021 due to our expectation for continued growth, the outperformance of our core business, and newly launched states that were not included in our previous guidance,” said DraftKings CEO, Jason Robins.

Penn National Gaming, Inc., along with its subsidiaries, owns and manages 41 racing and gaming properties in 19 jurisdictions. It gathered heavy publicity after partnering with Barstool sports and purchasing its 36% share at $163 million. Additionally, Penn National Gaming is supposed to acquire about a half share of Barstool Sports by 2023. The deal has been considered significant for the holistic build out of legal sports betting in the US. The major reason for investors to go for PNG stocks is the prospect of converting Barstool’s 66+ million monthly users to sports bettors. PNG now possesses exclusive full Barstool Sports gaming rights for up to 40 years.

Morgan Stanley gaming analyst Thomas Allen reported that within its first weekend of launch only in Pennsylvania, the Barstool Sportsbook app was able to achieve 21,000 downloads per day exceeding both FanDuel’s and DraftKings’s daily records. Furthermore, Barstool plans to launch the Barstool Sportsbook app in Colorado and Illinois in early 2021, thereby strengthening its position among sports betting stocks. After that, the app is scheduled to be launched in other different 10 states every three to five weeks.

MGM Resorts International owns and operates casino resorts and renders various kinds of entertainment, convention, hotel, and gaming amenities within the US and Macau.

MGM Resorts had to face an adverse ambiance in 2020 for its physical casino business because of the lockdown and restrictions triggered by COVID-19. However, some of its recent strategic moves that have placed it into the significant sports betting stocks are the causes of optimism for the stockholders.

On September 3, 2020, a press statement was released by NFL’s Detroit Lions announcing their partnership with BetMGM. As a result, BetMGM would be the sponsor of Lions Perks and Lions Bingo and would be able to get the fans to become acquainted with its mobile platform when they launch.

On January 28, 2021, MGM’s online sports betting branch ‘BetMGM’ and a leading digital sports media company ‘The Athletic’ announced their partnership. This partnership will entail the formation of The Athletic Betting Hub along with in-depth product synthesis among them. The Athletic has garnered about 1M+ subscribers around the globe rendering them coverage of professional tournaments, collegiate sports, and clubs in the U.S., the UK and Canada.

In 2017, after the two fantasy sports platforms, DraftKings and FanDuel called off a planned merger, DraftKings merged with a SPAC and FanDuel joined with Paddy Power Betfair’s U.S. operations in 2018. The shareholders of Paddy Power acquired a 61% stake in the combined business at $158 million along with the options to grow to 80% – 100% ownership. In 2019, the name of Paddy Power was changed to ‘Flutter Entertainment’, and now they are exploring a partial IPO for FanDuel in the U.S.

In 2020, a $12.2 billion agreement was completed between Flutter and Stars Group (TSG)- operators of the world’s largest poker site ‘PokerStars’. As a result, 55% of the company was acquired by Flutter shareholders while TSG investors got 45%.

Despite the COVID-19 situation, the company has been reaping the benefits of its online portfolio as the laws are relaxing around the online niches. It renders gaming and sports betting services through betfair.com, paddypower.com, sportsbet.com.au, fanduel.com, tvg.com, adjarabet.com, and us.betfair.com under various brands, and through a network of licensed betting offices.

According to Eilers & Krejcik Gaming, Flutter has a whopping 35% share of the online betting market in the United States.

The Roundhill Sports Betting & iGaming ETF incorporates gambling stocks concerned with online gambling and sports betting industries. The most optimistic fact about this ETF is that it gives you access to a wide range of global marketplace including companies from the US, UK, Ireland and Australia. After entering the market in June up to early September last year, the fund provided the returns of nearly 25% up to early September which certainly makes it a dependable option to back. However, the wise step would be to research the holdings as well as all-inclusive exposure before making a blind investment.

Although the US is the biggest country entailing net assets exposure, this ETF presents sufficient diversification with the remaining assets aiming for Asia and Europe. There exists a proclivity for mid-cap stocks, which represent 51.4% of the net assets and there is quarterly rebalance of assets as well.

Online casinos and sportsbooks are operated by Golden Nugget Online Gaming in the US online gaming market. The company handles 8% market share in the most mature iGaming market of the US which entails New Jersey.

For the full year 2020, GNOG has reported the unaudited estimates entailing revenues between $90-$91 million which demonstrates 63% increase from $55.4 million in 2019. However, the full financial outcome is pending.

”We have just launched our marketing campaign and are already recording close to $2 million in daily casino wagers,”. “Michigan is embracing online gaming at a rapid pace and we anticipate that our business in the Great Lakes State will exceed our earlier expectations.” GNOG’s president, Thomas Winter, said in the news release.

On February 24, 2021, GNOG announced that it entered into a 20-year strategic partnership with Tioga Downs Race Track for the purpose of accessing the online gaming market in New York. Among the states where GNOG has gained market access, New York is the ninth state. The others are Pennsylvania, Illinois, Michigan, Louisiana, New Jersey, Nevada, West Virginia, and Mississippi.

Dermot Smurfit, the CEO of GAN, amidst the financial report call of Q3 2020, mentioned about his company’s ”Super RGS” to render services in New Jersey and Pennsylvania, and preparing to roll-off operations in Michigan.

Although the GAN’s stock may not appear much impressive in the shuffle of other sports betting stocks, still the hard numbers indicate things are going smoothly for GAN. The company’s business demonstrates noteworthy traction in both real money and simulated iGaming. If its stock price lowers, then it should be taken as a buying opportunity. However, such a case hasn’t occurred since its IPO in May.

The bottom line is that to ease the financial blow experienced by tax streams owing to the COVID-19 pandemic, many states are legalizing online gambling and sports betting. Experts and analysts have been keeping a close eye on the performance of the stock market continuously and watching how it reacts to variables. It seems that those who forecasted the optimistic future of online gambling stocks have been true to their words.