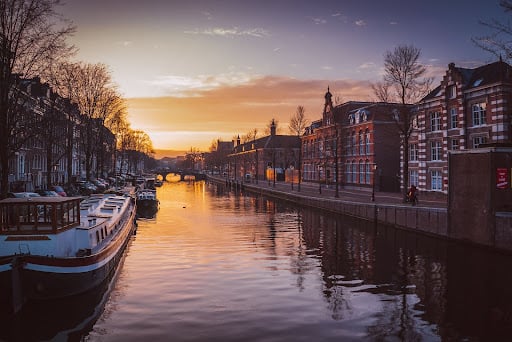 Amsterdam, one of the most popular tourist destinations in Europe, is a pretty epic city for a reason! Packed with great culture, fantastic nightlife, world-class museums and historical treasures, Amsterdam is a must-see city when thinking of a European city break. Discover the best places to visit in Amsterdam with our list of the top attractions and fun things to do in Amsterdam.

We’re immersing ourselves in discussions about canals! Let’s get started. These famous waterways are listed in the UNESCO World Heritage Site list.

The construction began in the 17th century, around the Revolutionary War. They have multiple purposes: water management, navigation and defence systems. The complex canal system developed from three main canals and resulted in more than 100 km of smaller canals, with around 90 islands and nearly 1000 bridges.

Today’s canals are mainly used for tourist reasons, such as cruises. A boat trip can take visitors back to Dutch Golden Era. A few of the most picturesque places to see are the merchant homes and churches that line the canals, the gorgeous bridges Anne Frank House, and the Westerkerk. Discover the city’s highlights while travelling along the Herengracht, Keizersgracht, and Prinsengracht canals.

The museum is close to the Old Town centre and the old Jewish Quarter. The Rembrandt House Museum is another essential historical treasure in the centre of Amsterdam.

The museum’s origins can be traced to 1911 when the museum was the home and the studio of famous Dutch painter Rembrandt Harmenszoon van Rijn. The artist lived in the museum between 1639-1658 and produced many sketches, paintings and etchings. They are on display in the well-restored and renovated 17th-century home-turned-museum. 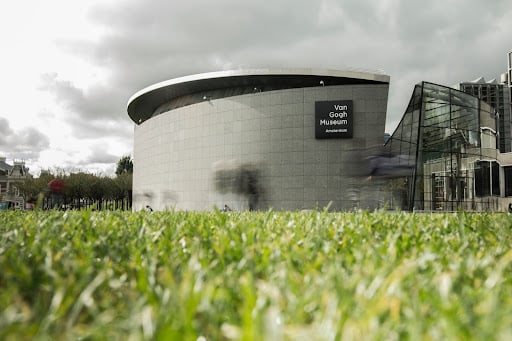 The museum was inaugurated in 1973. Van Gogh Museum in Amsterdam is currently the world’s record holder for the most extensive Van Gogh collection around the globe.

Learn more about the artist as you look through his work and find personal treasures such as hundreds of letters. The museum is home to more than 400 sketches, drawings, and over 200 paintings, including the world-renowned “Sunflowers” and “The Bedroom” and his many self-portraits. In addition to his work, it has Van Gogh’s contemporary artists like Monet and Gauguin.

Rijksmuseum is the biggest museum in the Netherlands and is also among the most frequented. It has the status of an official national museum and is focused mainly on the arts and history.

The museum’s beginnings can be traced to the 18th century when it began its existence in Hague. The museum was moved several times before it was finally settled in its current location in the middle of the 19th century. The museum traces more than 800 years of Dutch history, art, and culture, particularly in its Dutch Golden Age, by showing around 8,000 objects, including over 5,000 works. Some notable works include the Night Watch by Rembrandt and The Milkmaid by Vermeer.

If her tale of coming-of-age during World War II captured your heart, This tour will allow you to take an in-depth look at her story from her childhood in the neighbourhood of Amsterdam Zuid to the Holocaust.

You’ll be taken to the places she was an infant, such as her school and the shop where she purchased her diary. The English-speaking guide will share anecdotes as well as stories at each visit. Additionally, you will understand the most advanced concepts of urban planning while walking through the neighbourhood where the colonial architectural style is evident in the homes and other buildings.

The famous street market began as a typical street where traders and stalls market their goods. After the area became packed, the authorities turned it into an open-air market on weekends in 1905. Ultimately, it transformed into a complete daytime, a pedestrian-only market with more than 250 stalls along the street length between Ferdinand Bolstraat and Van Woustraat.

There are a variety of items here: clothing and fabrics, souvenirs, traditional goods and accessories, electronic gadgets, as well as food! If you’re looking to adventure with food, there are a few dishes to try Pickled herring (haring) stroopwafel, poffertjes, kibbling and cheese.

The 1000-hectare green area south of Amsterdam Zuid is a landscape park home to millions of visitors yearly. It is believed that it is three times bigger than New York’s Central Park and is one of the biggest in Europe. It has a variety of parks, such as pathways and gardens, animal parks, monuments, organic farms, tree-top adventure parks, sports clubs, camping areas, and open-water locations for water sports like boat tours, swimming, kayaking, canoeing and rowing courses.

The areas host different occasions, including social, political and entertainment. The park is equipped with facilities for tourists as well as dining spots.

Geographically, the majority of the park’s area is in Amstelveen. However, it’s located within the jurisdiction of Amsterdam. To get to the park, be aware that Amstelveen’s main entry point is near the intersection between Van Nijenrodeweg and Amstelveenseweg. A Tourist Office of Boswinkel is located on the left of the main entrance. It is possible to ride bicycles from The Museum District to the park in just 20 minutes.

The park is located in Lisse, a town southwest of Amsterdam. The concept of a park for gardens was first thought of in the late 19th century, but the current flower park was opened for the general people in the year 1950.

As one of the most extensive flower gardens around the globe, It boasts 32 hectares of landscaped gardens that nurture more than 7 million bulbs of flowers. Amid all the blooms, the spotlight is on the tulips typically in bloom during April. The park has 800 varieties of flowers, including tulips.

You may be interested in: Using a Parking App Can Save You Time and Money