Top Ferns to Liven Up Your Shade Garden 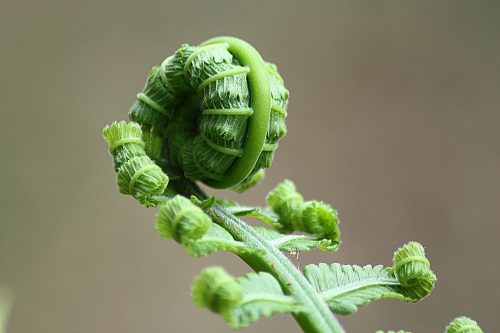 While the fronds of some woodland ferns have gorgeous amber, brown, or black scales covering them as they unfold, the fronds of others change to lovely autumnal hues by the end of the growing season. Some grow into tight, compact specimens that contrast with the hosta and bergenia’s spreading foliage, while others form attractive colonies around established plants. Although many woodland ferns can endure sun and drought once established, they thrive in shade and damp soil.

Maidenhair ferns and Japanese ferns are other varieties of ferns that can be grown. Find out the best ferns to grow in your garden, below.

How to grow ferns

Ferns are easy to grow, and they make excellent houseplants. To grow ferns, start with a sterile potting mix and a pot with drainage holes. Water the potting mix thoroughly, and then plant the ferns. Water the ferns regularly, and keep them in a warm, humid environment.

Both the shuttlecock fern (Matteuccia struthiopteris) and the hard fern (Blechnum spicant) make excellent shade plants. In this video, Steven Fletcher of Fernatix outlines his three top tips for taking care of ferns to maintain their health and guarantee gorgeous feathery foliage.

Christmas fern (Polystichum acrostichoides) produce glossy, deep-green fronds that last throughout the winter. They are hardy to -20°F and can be found in wooded areas from Canada to the Carolinas. Christmas ferns prefer damp, humus-rich soil that is located in partial shade to full shade.

Why is it called Christmas fern?

Because it is one of the few natural ferns that is evergreen and is sold as a Christmas ornament, the Christmas fern got its name. Additionally, one can speculate that each of its leaf segments resembles a classic Christmas stocking or perhaps Santa’s boot.

Lady ferns (Athyrium filix-femina) are popular garden plants that are known for their elegant, lacy fronds. These ferns are hardy to -30°F and can be found in woodlands from Maine to Alaska. Lady ferns prefer moist, humus-rich soil that is located in partial shade to full shade.

Why are they called lady ferns?

There are many theories as to how the lady fern got its name. Some believe that it is because the fern resembles the delicate, lacy dresses that were worn by ladies in the Victorian era. Others believe that the name is derived from the Latin word for fern, filix, which is also the root of the word female.

Hay-scented ferns (Dennstaedtia punctilobula) are ferns that are known for their ability to release a fragrance that smells like hay when they are crushed. These ferns are hardy to -40°F and can be found in woodlands from Maine to Minnesota. Hay-scented ferns prefer moist, humus-rich soil that is located in partial shade to full shade.

Bright green Hay-scented fern turns a lovely yellow in the fall. Because of its invasiveness, this fern is great for ground coverage, but you shouldn’t put it with weaker-growing plants due to its resilience.

The hay-scented fern gets its name from the fragrance that is released when its leaves are crushed. This fragrance is caused by a chemical compound that is found in the fern’s leaves.

The blades of the New York fern are distinctive because they taper abruptly at the base and the tip. It grows in clusters. It is a well-liked fern for gardens despite its quick proliferation and ease of management.

New York ferns (Thelypteris noveboracensis) are ferns that are native to the northeastern United States. These ferns are hardy to -20°F and can be found in woodlands from Maine to Ohio. New York ferns prefer moist, humus-rich soil that is located in partial shade to full shade.

Why are they called New York ferns?

The New York fern is a delicate, deciduous, yellow-green fern that grows to a height of 1-2 feet. The frond’s maximum width is 4 inches, and it gradually gets narrower toward the top and bottom. The thin, twice-cut leaf gives the fern a relatively fine texture and translucent appearance.

Interesting Related Article: “How to Create the Perfect Growing Environment for Your Plants with Grow Tents“