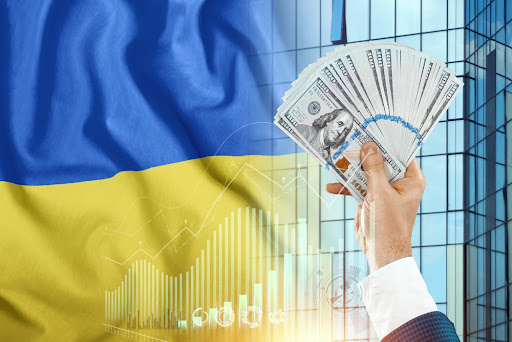 Ukraine is the second-largest country in Europe after Russia. In this article, I will outline the top 8 Ukrainian investment opportunities that not only offer optimal returns for investors but great potential to make a difference in people’s lives. This opportunity will be unique to all who read and apply: you can become part of an emerging nation with a population that’s thirsty for change! GT Invest is working under CEO Prokhorenko Oleksii to help foreign investors to find new opportunities for investments in Ukraine.

Other than wanting to build a hotel in Ukraine, Ukraine has massive production capabilities, and their cheap, skilled labor force is the reason so many foreign investors are moving there. But instead of outsourcing to other countries, why not invest in Ukraine and take advantage of these benefits? You can establish new production facilities to produce or assemble your products, invest in the development of existing manufacturers, or even buy out an existing company. The choice is yours…. it’s all up to you!

Ukraine has some of the lowest property prices around the world. It may come as a surprise that Eastern Europe is the cheapest place in the world to buy a property. There are all types of opportunities in terms of developing, buying, and selling properties – from overseeing the building process to buying cheaply pre-existing buildings.

If you want to build a factory, Ukraine offers many diverse business opportunities. Great tax incentives mean that instead of investing your profits overseas, you can spend them on your company further afield. This means a better service for clients and more satisfaction from being part of an emerging new nation!

In 2010, Exxon Mobil Corporation announced its first major oil discovery off the coast of Crimea. In December 2013, Royal Dutch Shell announced that it had signed a million-dollar deal to begin oil production in the Black Sea. A new era has begun, and there is no better time to invest in this exciting new industry.

Foreign companies have invested in outsourcing production to Ukrainian factories because of low labor costs, but also to enable their products to be manufactured within the EU. In fact, Antonov has been producing commercial planes since 1984. The company is currently able to produce a variety of aircraft, including passenger planes.

Companies that have outsourced production to Ukrainian factories include Airbus, Boeing, Alenia Aermacchi, and others.

Automotive parts and equipment which are manufactured by foreign companies include seat covers, hydraulic systems, welding equipment, brake fluid reservoirs, and many more such products. For passive income, you can promote your business through different resources.

According to Ukrstat, Ukraine exported $1.78 billion worth of chemicals in 2012. Foreign companies that are currently producing or plan to produce chemicals include BASF (Germany), DSM (Netherlands), Dow Chemical (USA), and Henkel (Germany). In addition, Dow Chemical Company has been supplying chlorine and caustic potash from its Odesa-based plant to Ukrainian factories for more than 20 years.

I hope that this article has given you some ideas about how you can get involved in the exciting Ukrainian market. This is a unique opportunity for all who read it.

You may be interested in: Starting a business in Kyiv, Ukraine