Top Leagues to Gamble on at Best Soccer Gambling Sites 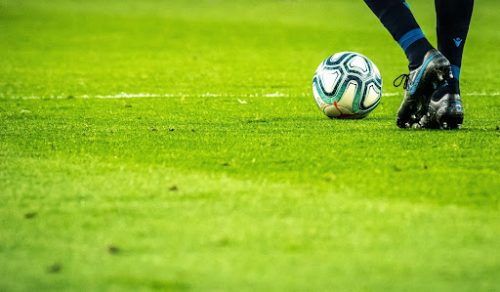 Gambling on soccer matches has always been a big part of gambling as soccer is one of the most watched sports on the planet. Asides from the thrill and excitement fans get from watching soccer matches; there are countless soccer leagues for fans to stay hooked on all year round! Even better for soccer bettors, there are always matches to gamble on and gain from or lose, depending on how well they can predict the course of the matches.

As one most prosperous leagues in the world, it is only natural that the EPL tops this list. Because it is an international league, extremely talented players from all over the globe compete in 20 prominent teams (like Manchester United, Chelsea, Liverpool, and Manchester City), making it one of the most competitive leagues. Aside from this, EPL offers 380 games for gamblers to predict and place bets on each gaming season, a great opportunity for wise gamblers to earn a lot of money. Furthermore, Premier League gambling is not limited to in-game bets; gamblers can also place bets on club coach hiring, player transfers, and other batting opportunities.

The EPL dates as far back as 1888, when it was known as the “First Division” this is up until 1992 when it was officially changed to the English Premier League. Because it has been around for a long time, it is a well-known league worldwide; you can do sufficient research and make smart bets, even though the element of luck is not completely out of the picture.

Another top-rated tournament that bettors majorly gamble on is the UEFA Champions League. Like the EPL, teams have participated in the UCL for a long time; it is an equally competitive league that gives gamblers a lot to look forward to. Each season, 32 teams from all over Europe who have qualified for the league are divided into eight groups of 4 clubs who compete for the title of the best club in the entire continent.

The team dominating the league is Real Madrid, with 14 championship titles (the 2022 championship title included). Bettors have all season to make gains from calculated bets; each season spans almost a year, starting from late June and ending around late May/early June. Despite being a European tournament, the UCL is globally anticipated and is one of the most watched soccer leagues ever.

This Spanish tournament features many of the world’s greatest players and the best soccer teams. We’ve had greats like Lionel Messi, Luis Figo, and even Cristiano Ronaldo battle to take their teams to the top in the La Liga tournament. It is not just a source of entertainment for the billions of soccer fans worldwide but also the perfect league for gamblers to place bets on. La Liga is an extremely competitive league, especially with the long-standing Real Madrid-Barcelona club rivalry, which keeps fans on their toes. Although on the top of LaLiga’s list of clubs with the most tournament wins is Real Madrid with 34 wins, other teams like Barcelona and Atletico Madrid have attempted to overtake this record. Still, none have been able to do that so far.

The tournament features 20 highly-rated teams within Europe that all play against each other and provide more than enough gambling opportunities to occur during the gaming season.

Although the MLS is domestic to the United States, where soccer is not regarded as the country’s major sport, the MLS is still a highly rated tournament worldwide. Many gamblers would probably assume the

The MLS extends from the USA into Canada and is new compared to other big leagues like the EPL, which has only been around for 26 years. Regardless, it is still one of the biggest competitions for gamblers to earn from. Being a domestic league, the MLS lacks the many big talents the other top league’s favor. Yet, it is a safe option as the matches are easier to predict than with other leagues packed with talented players. Players from the MLS tend to sign deals with clubs under the bigger tournaments like EPL or La Liga and instead move on to play for them. Some might call the MLS a springboard for players to get recognized by the “higher-ups.” Players from the European leagues are sometimes recruited into the MLS, so it doesn’t lack big players.

All in all, Major League Soccer is very competitive and has a massive view. The 27 teams in the league compromise 24 American clubs and 3 Canadian clubs, and more teams will compete in the coming seasons to make the competition even more thrilling and give bettors more opportunities to gamble on the various matches.

Apart from the big leagues already covered, there are some other major soccer competitions for gamblers to bet on in the best soccer gambling sites

The Serie A features many prominent soccer clubs in Europe(like Juventus and AC Milan) and is one of the biggest tournaments in the continent.

Many well-known players like Cristiano Ronaldo and Maradona have been key players in the Serie A league and have made it very competitive over the years.

The Spanish league is another soccer tournament largely gambled worldwide. Bayern Munich has majorly dominated the tournament for years, but the other 17 German clubs have put up a strong fight for the championship title. The stiff competition has made the Bundesliga a popular league among gamblers.