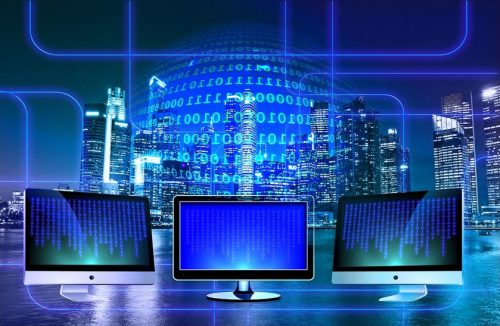 These days, businesses aspire to have an efficacious online presence. As a result, there is an increased demand for a solid web development framework with out-of-the-box features.

Angular is a renowned framework for web development. It supports augmented user experience along with quick response and code maintainability features. Without a doubt, it is the fourth most popular front-end web framework.

Google created this tool in 2009 to lend a hand in web development. It is a prominent JavaScript framework that seeks to make front-end development easier and more accessible.

To leverage this software, we must understand its fundamentals. We’ll go over Angular Development in-depth, so let’s get started right away.

Understanding what exactly is Angular.

Angular is a TypeScript built development program. It is an open-source front-end framework designed by Google. It is used to develop diverse web applications, providing features which include templating, two-way binding, and modularization, along with interactive single-page applications (SPAs).

The programming language it uses, i.e., JavaScript-based TypeScript, ensures lighter and faster app processing and also helps in eliminating dispensable code. The use of Angular negates the dependency on third-party libraries to develop dynamic apps.

The most popular aspects of Angular among developers

Reasons to use Angular

A Software development company is very well aware that Angular is an excellent choice for its development projects. You can hire an Angular Developer to leverage its fundamental benefits for your business needs. Let us understand the reasons behind Angular Development’s being so popular.

Angular is endorsed by Google which means it is backed with Long-Term Support (LTS). It shows that Google is willing to stick with this framework and help it grow. Google apps use Angular as well, and their team is positive about its stability. Other Angular developers will have the opportunity to learn from Google’s certified Angular professionals as well.

TypeScript, a superscript for JavaScript, is used in creating Angular Applications. It aids in the detection and elimination of errors during the writing of code or the effectiveness of maintenance tasks. This language is backed by enhanced navigation, refactoring, and auto-completion services. You can even turn off its built-in features when necessary.

Angular uses HTML to characterize the application’s user interface. HTML is a less complicated language than JavaScript and includes directives such as ng-app, ng-model, ng-repeat, and form control. You don’t have to spend time on program flows or deciding which loads to load first with its assistance. Simply define your requirements, and Angular will handle the rest.

Angular has made the development process less complex by eliminating unnecessary code requirements. It has a simplified MVC pattern that aids this whole development process.  Directives, which are not part of the app code, can be managed by another team. Overall, developers are promised less coding as well as significantly lighter and more efficient apps.

Each codebase requires consistent coding as it helps in making your site easier to navigate by enabling the use of templates or pre-defined code snippets. Inconsistent coding generally leads to delayed launches and additional costs.

As it helps in making your site easier to navigate by enabling the use of templates or pre-defined code snippets.

Prakash Software Solutions can help you with any of your Angular Development needs that will assist you in having smart, responsive and scalable websites.