Tracing The History Of Slot Machines: From Offline To Online 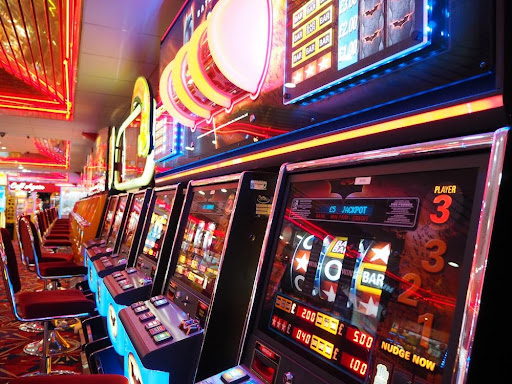 The online gambling industry has become a multi-billion dollar industry, and has become the method of choice for many gamblers all over the world. This is one industry responding by paying hundreds of millions, if not billions, as taxes to national governments, which explains why many governments have enacted legislation to protect players and help the industry thrive.

But before slot online gambling became the gold standard, slot machines once were. In fact, slot machines are the foundational basis for many online games enjoyed by online gamers. Soto better understands the online industry as it is today; you need to trace it back to its root; the beginning of games of chance.

Keep reading to learn more about the gambling industry, from slot machines to online gambling.

The Root Of The Slot Machine In Ancient Gambling

Gambling is as old as humankind, and slot machines have played a major role in the evolution of modern gambling. The first slots in history can be traced to ancient times. Historians believe these machines were first created by an Egyptian engineer in Alexandria called Hero. He is credited with creating the first-ever vending machine, which wasn’t at all like the vending machines of today. Instead of dispensing food or drinks as modern vending machines do, the Egyptian machine dispensed holy water in the temple after worshippers deposited a coin.

The weight of the coin lifted a lever which allowed water outflow. This design became the cornerstone for future vending machines.

The next notable design to take the world by storm is Sittman and Pitt. Their machine was launched into the mainstream and is still regarded as the first-ever commercial slot machine. However, the machine did not release coins to winners, but gamblers got their winnings from the house in the form of food, drinks, cigars, and tokens. The Sittman and Pitt machines used fifty card faces spread across five drums that players had to spin you create a poker hand combination.

Despite the Sittman and Pitt machines being the commercial standard, the first modern slot machines were invented by Charles Fey between 1887-1895. His machine allows for automatic payment to winners directly. Mr. Fey was an engineer who used five symbols: the Horseshoes, Diamonds, Hearts, Spades, and The Liberty Bell. The machine wasn’t as complex as the Sittman and Pitt machine, revolutionizing the gambling industry.

Sadly enough, Charles Fey did not patent his work, leading to mass adoption by other manufacturers who had long relied on the Sittman and Pitt blueprint. The Liberty Bell continued as the gold standard until the year 1902, when the US government banned the use of real money.

In 1976 gaming houses started using video slots on 19-inch screens. The video slot was invented by Fortune Coin, a Las Vegas gaming manufacturer, and was only used at the Hilton Hotel for a short time. After the Nevada Gaming Commission approved its use, Fortune Coin mass-produced and sold its machines nationwide after its mass adoption by gaming houses and casinos on the Las Vegas Strip. Later, IGT acquired Fortune Coin and improved the design to make it the standard for casinos. Many other companies improved the design to make it even better.

Video slots dominated the space for nearly three decades, but despite their popularity in casino houses, they have been supplanted by online slot machines. The rise of the internet has made gaming accessible to gamblers, and the industry has witnessed an explosion ever since. The movement started with only the introduction of a handful of games such as blackjack, roulette, jackpot, cash splash, and a few others. Microgaming offered these games, but more games have been introduced over time as many more people embrace online gambling.

The digital era has made slot games available to gamers who don’t have to visit casinos to engage in their favorite games of chance. This new interest in online gaming has created opportunities for gaming houses to spread their tentacles and increase their earnings.

Online technology has made it easier for gamblers to play slot games, and online platforms now offer them the chance to win big, just like what is obtainable in casino houses. Today, the online gaming industry is much bigger than ever before and shows no signs of stopping anytime soon.