How to trade successfully with Great Britain Pound in 2019

Between the Brexit saga and the U.S. – China trade talks, the GBP/USD currency pair has seen a lot of action on the Forex trading market in 2019. Experts predict continued growth of the pairing with a potential target above the level of 1.3065 during October. The asset can be a very profitable one traded with the right strategy, even in the most challenging market conditions! 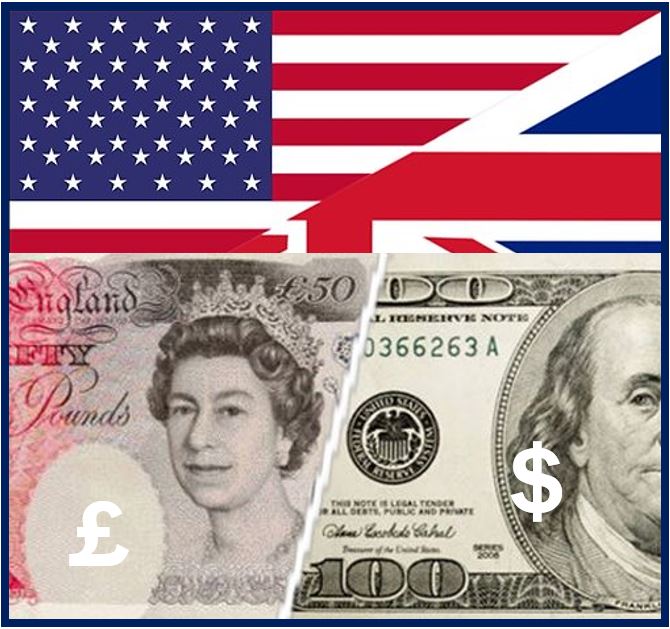 What you need to know about the GBP/USD currency pair

The GBP/USD pairing shows how many U.S. dollars (the quote currency) are needed to purchase one British Pound (the base currency). In-house traders often call it the cable due to the undersea cables that used to carry bid & ask quotes across the Atlantic Ocean.

The GBP/USD has a place among the top five most-widely traded currency pairs in the entire world and is heavily affected by economic indicators, as well as decisions made by the central banks in both countries to raise or devalue their currency’s value.

In the United Kingdom, the Bank of England (BoE) acts as the government’s bank, issues currency and, most of all, it oversees monetary policy. On the other hand, in the United States, the Federal Reserve (FED) is led by the Board of Governors (also known as the Federal Reserve Board). The board meets several times per year and announces the interest rates of the currency. In case the rates remain unchanged, the Federal Open Market Committee (FOMC) statement becomes the one that impacts the most the GBP/USD.

Moreover, The European Central Bank (ECB) can also have an influence on the pair due to the importance of business and trade between the European Union and the United Kingdom, especially after the final Brexit deal will be settled. The Euro is the second reference currency around the globe, after the U.S. dollar, therefore, any decision made by the ECB, has consequences on the valuation of its partners.

Apart from the interest rates, the cable is influenced by other economic indicators, such as Gross Domestic Product (GDP), inflation, the unemployment rate, or the Consumer Price Index (CPI). News and political tensions can always make a difference, too! The U.S. – China talks are not to be missed; as for the news from the United Kingdom that may affect the GBP/USD exchange rate – from the speech by Bank of England’s (BoE) Governor Carney to any update regarding the Brexit development, anything is worth reading when trading the cable.

The Best Strategies for Trading the GBP/USD currency pair

Forex trading can be profitable when you execute trades at the right time, on the right platform, and with a suitable strategy. It takes a lot of work, knowledge, and a bit of luck – but the winnings will make it all worth it. Check out the following list of tips & strategies that will help you trade the GBP/USD currency pair effectively:

Trade the GBP/USD when it sees the most action

The Forex market is open 24 hours a day, but in order for your trade to reach the most feasible result, trade the cable during the London and New York sessions (07:00 GMT – 17:00 GMT), when the GBP and the USD are active.

Opt for the best forex broker you can find

Ask any experienced investor what are the top three things that can boost your chances of trading Forex successfully. Surely one of them will always be the broker you choose! Why? Because through its services and assistance you will execute your trades, so your result depends on it every step of the way. Go for a regulated and professional company, like TradeLTD, which is able to provide you with an excellent experience in terms of features, user-friendliness, tools, education, support and all latest practices.

Use the fundamental analysis

Forex fundamental analysis is a strategy that focuses on the economic aspects of the two countries, such as interest rates, employment, manufacturing, or international trade. It can be highly effective when trading the GBP/USD, especially this year, when the Brexit deal is still keeping the GBP on its toes.

After you gain a bit of experience, you can seize the great opportunity to day trade breakouts with the GBP/USD currency pairing. This strategy requires identifying price movements after periods of price consolidation. However, try to look for solid risk-reward ratios and don’t risk too much capital per trade (ex. no more than 1-2% of your account balance on a single trade).

With a plan in place, you can trade based on any news that can trigger movement. The sooner you react, the better! The golden rule is to know which releases are actually expected that day and identify which data is important.

The GBP/USD is one of the most traded currency pairs and is backed by two of the most important economies in the world. It is often referred to as “The Cable” and its dynamic is influenced by various factors, the interest rates of the two countries being the most important. There are numerous strategies available to trade the GBP/USD, but trading it during the right sessions and with a professional broker can help you trade it in the best way.